The device packs a 5,000mAh battery and is powered by MediaTek MT6739W quad-core SoC 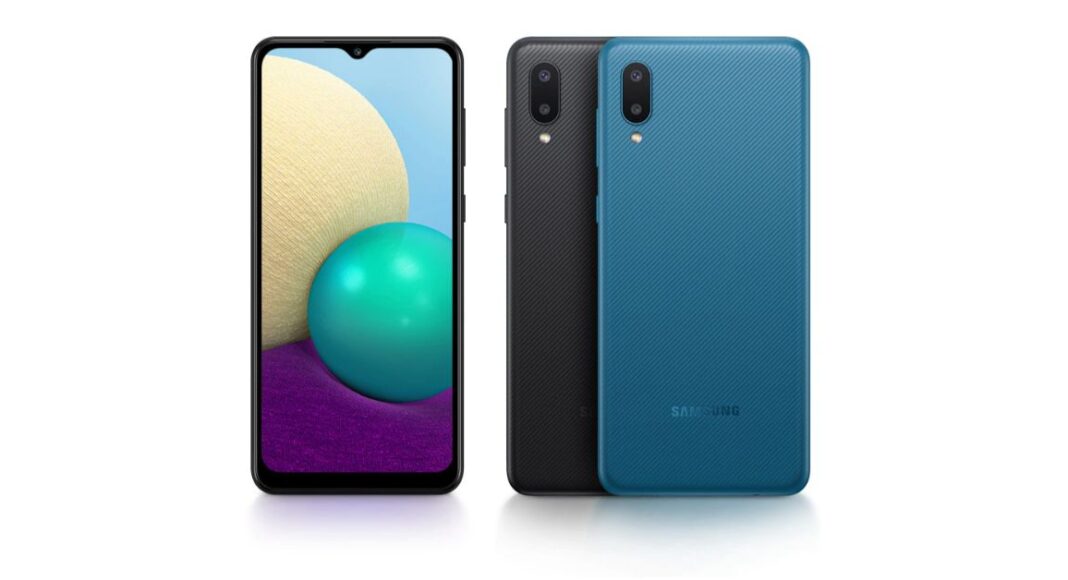 Samsung Galaxy A02 has made its debut in Thailand. The key specs of the smartphone include a MediaTek MT6739W quad-core SoC. The device features a 6.5-inch Infinity-V display, dual rear camera set up and a 5,000mAh battery. The smartphone has been introduced in three different configurations and has now been listed on the official Samsung website of Thailand. Read on to know more details about the new smartphone.

Samsung Galaxy A02 pricing and availability

Samsung Galaxy A02 has been launched in Thailand in three variants of 2GB RAM with 32GB onboard storage and 3GB RAM variant with 32GB and 64GB storage options. However, the company has only revealed the price of 2GB RAM with a 32GB storage option which is priced at THB 2,999 and translated to Rs 7,300. The device will be available in distinct colour options of Denim Black, Denim Blue, Denim Gray, and Denim Red. So far it is available in Thailand and the company is yet to say on the international availability of the smartphone but the mobile phone is expected to get India launch soon.

Speaking on the specifications, Samsung Galaxy A02 is powered by a quad-core 1.5GHz MediaTek MT6739W processor paired with up to 3GB of RAM and 32GB of storage option. For storing more content the storage can be expanded up to 1TB using a microSD card. The smartphone runs on Android 10 out of the box and there is a 6.5-inch HD+ Infinity-V display with a resolution of 720 x 1,600 pixels.

In terms of cameras, Samsung Galaxy A02 features a dual rear camera setup that includes a 13-megapixel primary sensor with f/1.9 aperture and a 2-megapixel macro lens with f/2.4. The camera set up includes features such as autofocus, digital zoom up to 8x, and flash. While on the front there is a 5-megapixel selfie camera with f/2.0 aperture.

Samsung Galaxy A02 houses a 5,000mAh battery with support for 7.75W fast charging. For connectivity, it includes 4G LTE connectivity, 3.5mm headphone jack, Wi-Fi b/g/n, Bluetooth v5.0, GPS + Glonass, and a Micro-USB port for charging. The sensors on the phone include an accelerometer, grip sensor, and a virtual proximity sensor.

Komila Singhhttp://www.gadgetbridge.com
Komila is one of the most spirited tech writers at Gadget Bridge. Always up for a new challenge, she is an expert at dissecting technology and getting to its core. She loves to tinker with new mobile phones, tablets and headphones.
Facebook
Twitter
WhatsApp
Linkedin
ReddIt
Email
Previous articlePoco M3 set to make its debut in India on February 2, will be available for purchase via Flipkart
Next articleSony Xperia Pro launched with a micro-HDMI connector for professional photography