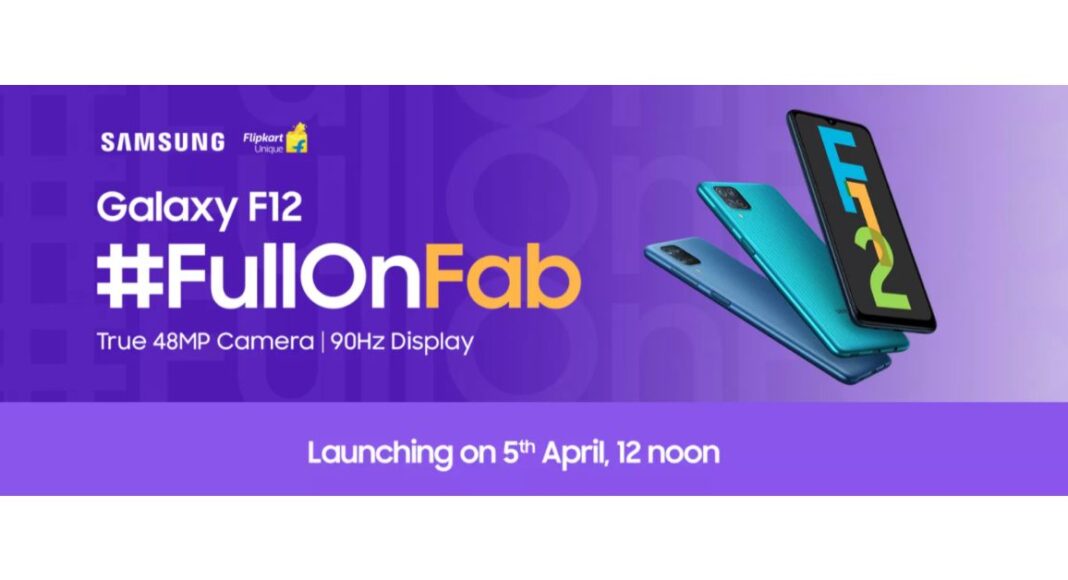 Samsung is all set to launch two new mobile handsets in India soon. The firm has teased to bring Samsung Galaxy F02s and Galaxy F12 on April 5. A dedicated microsite has also been created on Flipkart to tease its availability. Ahead of the launch, the key specs and the designs of both smartphones have also been revealed. Both the devices will come with a  waterdrop-style display. While the former one is to come with a 60Hz refresh rate support, the latter one refreshes at 90Hz. A triple rear camera and quad rear cameras are there on the phones respectively.

Samsung took to Twitter to announce the arrival of Samsung Galaxy F02s and Galaxy F12 in the Indian market. As said, the launch of both devices is set for April 5 at 12 noon. The dedicated microsite not only revealed the design of the smartphone but also threw some light on the key specs that both the devices are going to feature. 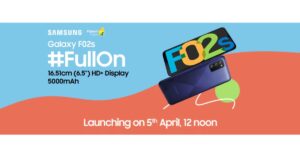 Speaking of the specifications, the listing for the Samsung Galaxy F02s reveals that the device is going to come with a 6.5-inch HD+ Infinity-V Display having 60Hz refresh rate support. It is confirmed to be powered by an octa-core Qualcomm Snapdragon 450 SoC clocked at 1.8GHz. The phone is listed to feature a triple rear camera set up headlined with a 13-megapixel primary sensor. According to the company, the Galaxy F02s will house a 5,000mAh battery to deliver a full day charge.

The company has not yet revealed the pricing but Samsung Galaxy F02s is rumoured to be available with a starting price of Rs 8,999. In the past, the device was also spotted at the Google Play Console listing suggesting to run on Android 10. 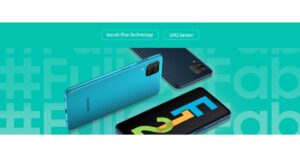 On the other hand, a separate microsite for the superior Samsung Galaxy F12 reveals that the smartphone will feature a 6.5-inch HD+ Infinity-V Display and it refreshes at 90Hz. The quad rear camera setup on the phone will include a 48-megapixel primary sensor. Additionally, the mobile phone will be backed by a 6,000mAh battery. Under the hood, there will be an Exynos 850 SoC. It will further include a USB Type-C port for charging and a 3.5mm headphone jack.

While the launch is set for the next week Smasung is expected to spill more beans as far as the specs and the pricing is concerned.

Komila Singhhttp://www.gadgetbridge.com
Komila is one of the most spirited tech writers at Gadget Bridge. Always up for a new challenge, she is an expert at dissecting technology and getting to its core. She loves to tinker with new mobile phones, tablets and headphones.
Facebook
Twitter
WhatsApp
Linkedin
ReddIt
Email
Previous articleMSI launched 2 new Summit Series 2-in-1 Laptops with PenStylus and USB-C Docking Station Gen 2
Next articleTwitter’s new update shall allow users to add animated stickers to Fleets