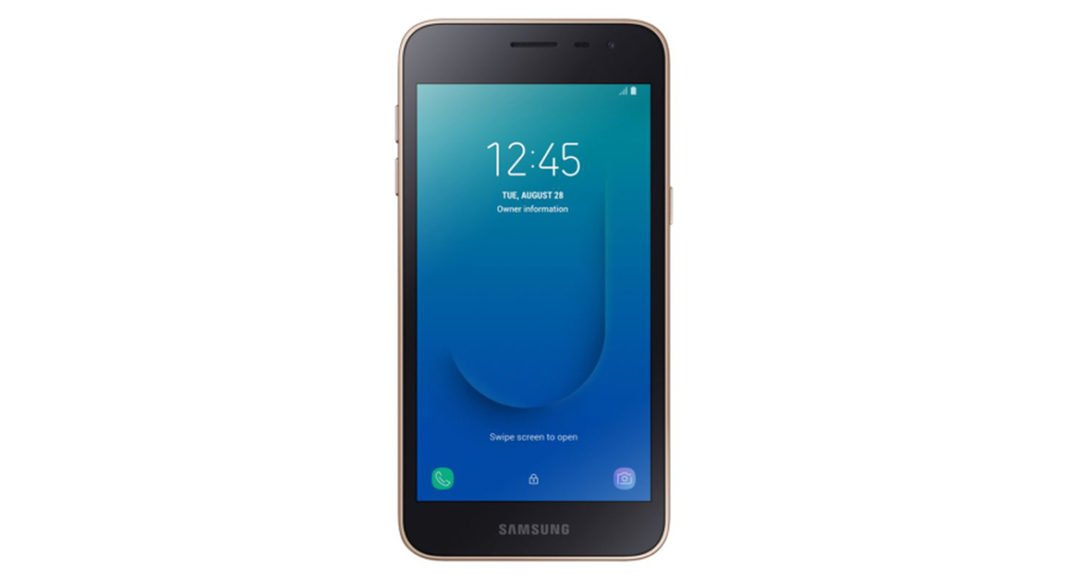 Samsung’s first Android Go smartphone – Galaxy J2 Core has been launched in India. The announcement about the smartphone was made at Google for India 2018 – Google’s annual event – in New Delhi. It is the first time that Samsung has partnered with Google to unveil an Android Go device. Samsung Galaxy J2 Core was announced in India last week and it runs Android 8.1 Oreo (Go Edition). It is also touted to enhance selfies with a dedicated Beauty mode.

Samsung Galaxy J2 Core is priced at Rs 6,190 and competes with the likes of Micromax Bharat Go and Lava Z61 – both of which are Android Go smartphones too. The smartphone is available in Gold, Blue and Black colour variants and can be bought from retail stores or Samsung’s eShop in the country.

Samsung’s first Android Go smartphone features a 5-inch QHD TFT display and is powered by a quad-core Exynos 7570 processor clubbed with 1GB RAM. The smartphone comes with 8GB of internal storage and can hold a microSD card of up to 256GB.

For imaging duties, there is an 8MP primary camera with an f/2.2 aperture and an LED flash. There is a 5MP front facing snapper for selfies and video calls.

Samsung Galaxy J2 Core houses a 2,600mAh battery that is claimed to offer an all-day experience on a single charge. The smartphone comes with 4G VoLTE, Wi-Fi, Bluetooth v4.2, GPS, Micro-USB, and a 3.5mm headphone jack as connectivity options. Note that the smartphone does not come with a fingerprint sensor or a face unlock feature.

Speaking about the company’s newly launched smartphone, Sumit Walia, Director of Mobile business at Samsung India said, “Galaxy J2 Core reiterates Samsung’s commitment towards meaningful innovations that delight our customers. We are pleased to integrate industry-first smart memory management solutions that allow apps or content on the memory card. We are also pleased to partner with Google in bringing the latest Android experience for entry-level smartphones with Oreo (Go Edition) on Galaxy J2 Core.”

Avani Baggahttp://www.gadgetbridge.com
Avani has an immense love for reading, travelling and food, but not necessarily in the same order. Avani almost started pursuing law, but life had other (better) plans for her and she chose to be a writer instead (luckily!) She previously covered technology at Times Internet and wrote about smartphones, mobile apps and tech startups. When she’s not writing, you’ll be able to find her in book stores or catching up on her social life.
Facebook
Twitter
WhatsApp
Linkedin
ReddIt
Email
Previous article
Google for India 2018: All you need to know
Next article
UE Wonderboom Freestyle Bluetooth speaker review: Louder than you can imagine