The phone is expected to get launched in India soon. 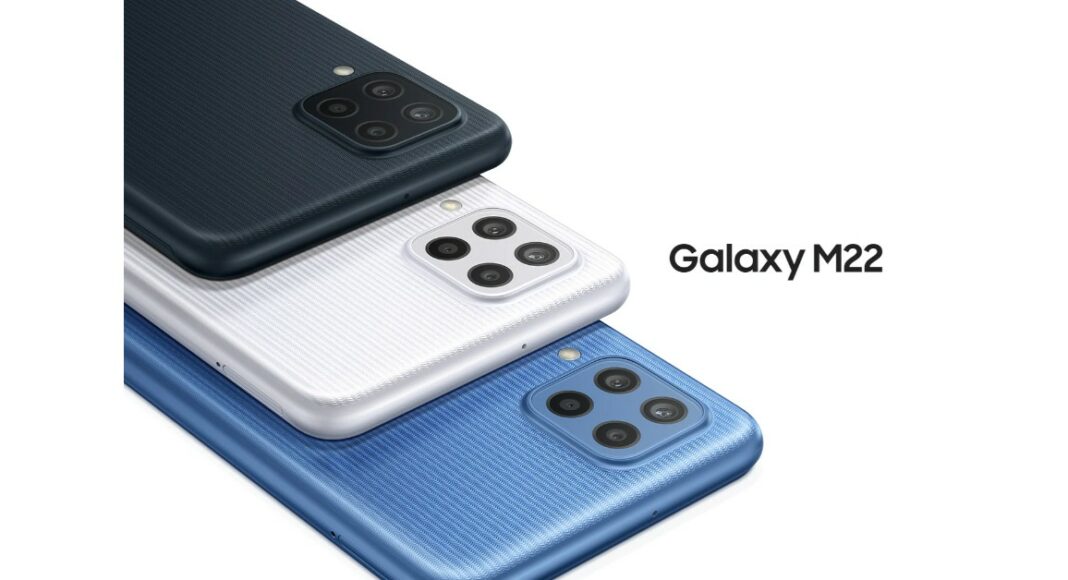 Samsung Galaxy M22 India launch is expected to take place soon. The device’s support page is now live on the company’s official website in the country. However, the Samsung India website does not reveal any details with regard to the upcoming smartphone except for the model number. But the phone will be the same variant of the Galaxy M22 smartphone that debuted in Germany last month.

The phone is listed to bear a model number SM-M225FV/DS. The DS at the end of the model number hints at the Dual-SIM functionality that would come with the alleged smartphone. Also, the model number matches up to the similar device of which the support page was spotted in Russia last month.

Like we mentioned earlier, the upcoming smartphone could be similar to the Samsung Galaxy M22 that was introduced in Germany last month. The pricing of the phone was not revealed, but the smartphone was tipped to be priced around EUR 239.90 that converts to around Rs 20,700. In Germany, the device is available in three colour options of Black, Light Blue and White. 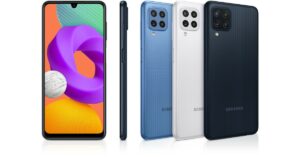 In terms of specifications, the Samsung Galaxy M22 variant that was launched in Germany features a 6.4-inch HD+ Super AMOLED Display with 720×1,600 pixels of resolution. The phone runs on Android OS and is powered by an unnamed octa-core processor with 4GB of RAM and 128GB of internal storage. The memory can be expanded up to 1TB using a microSD card.

The Galaxy M22 may come with a quad rear camera set up that includes a 48MP primary sensor, an 8MP secondary and dual 2 MP sensors. In addition to this, there is a 13MP front-facing camera for taking selfies and video calling.

The German variant of the Samsung Galaxy M22 packs a 5,000mAh battery that supports 25W fast charging. In terms of connectivity, there are dual-SIM slots, NFC, Bluetooth v5, WiFI 802.11ac 3.4mm jack and a USB Type C port for charging.

Komila Singhhttp://www.gadgetbridge.com
Komila is one of the most spirited tech writers at Gadget Bridge. Always up for a new challenge, she is an expert at dissecting technology and getting to its core. She loves to tinker with new mobile phones, tablets and headphones.
Facebook
Twitter
WhatsApp
Linkedin
ReddIt
Email
Previous article
Poco M4 Pro 5G launch expected soon, to get MediaTek processor and 33W fast charge support
Next article
Facebook outage: What happened and why did it take so long to restore the social media platform?