All eyes on the Samsung Galaxy Note 10 now. 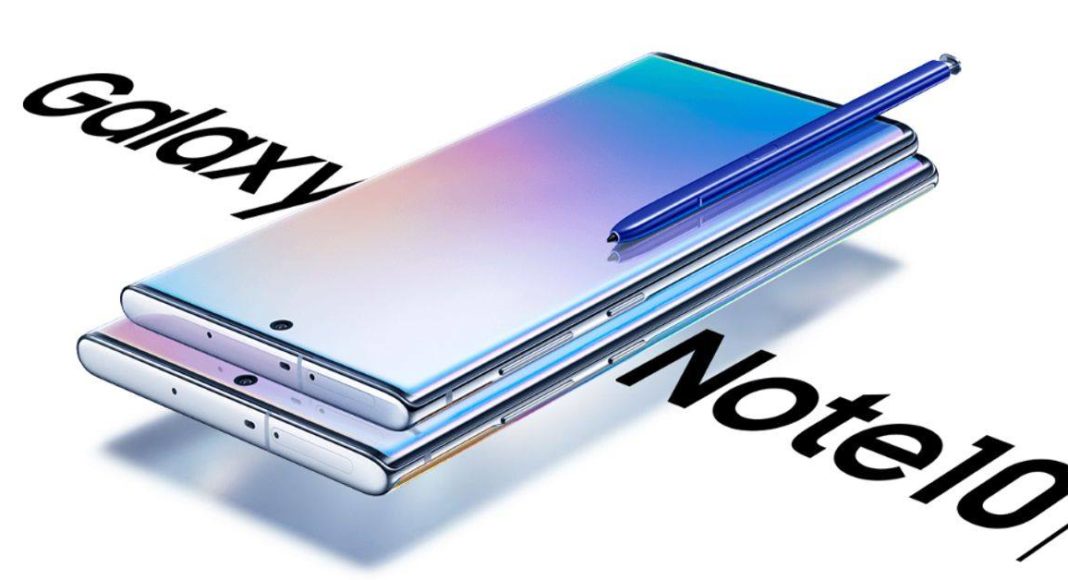 South Korean technology giant Samsung has finally taken wraps off its Galaxy Note 10 handsets. While the Samsung Galaxy Note 10 has a 6.3-inch screen, the Galaxy Note 10+ sports a 6.8-inch display. There are a number of common specifications among the two newly launched smartphones. The key differences between the two devices are in their display, battery size, and RAM and storage capacity.

Even in India, the pre-orders of the smartphones will begin on August 8 and go on till August 22. The shipping of the devices will start on August 23. The starting price of Samsung Galaxy Note 10 in India is Rs 69,999 and the Galaxy Note 10+ can be bought at Rs 79,999. The devices can be pre-booked on Samsung’s online store, Flipkart, Amazon India, Paytm and Tata CLiQ. In India, the elder sibling will be available in Aura Glow, Aura White and Aura Black; while the vanilla variant of the device will be available in Aura Glow, Aura Red and Aura Black.

Let’s first talk about the differences in the two smartphones. While Samsung Galaxy Note 10 has a 6.3-inch 2280×1080 pixels 401ppi screen, the elder sibling comes with a 6.8-inch 498ppi 3040×1440 pixels resolution display. Both the variants come with a Dynamic AMOLED panel that has the support of HDR10+ and Dynamic Tone mapping.

The younger sibling will be available in 8GB RAM/256GB storage variant, and high-end one will pack 12GB of RAM along with 256GB/512GB of internal storage. 5G models of both the variants have been launched too and Samsung Galaxy Note 10’s comes with 12GB of RAM. But then, those buying the higher-end model will have an advantage of a microSD card slot. The vanilla variant of the smartphone packs a 3,500mAh battery, while the Galaxy Note 10+ houses a 4,300mAh battery. 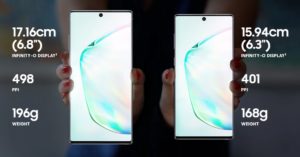 Moving on the to the similarities, both the smartphones do not come with a headphone jack and their connectivity options include Wi-Fi 802.11a, that has support for VHT80 MU-MIMO and 1024QAM, Bluetooth v5, USB Type-C, NFC, GPS, Galileo, Glonass and Beidou. The company has claimed that the Wi-Fi band allows download and upload speeds of up tp 1.2Gbps, and download speeds of 2Gbps in LTE. Both the smartphones come with an ultrasonic fingerprint scanner.

Coming to the cameras, the younger sibling sports a triple rear camera setup that consists of a 12MP telephoto lens with an f/2.1 lens, OIS and a field of view of 45-degrees. Other than this, there is a 12MP sensor that has a variable aperture of f/1.4-f/2.4, OIS and a field-of-view of 77 degrees. Lastly, there is a 16MP ultra wide-angle sensor that has an f/2.2 sensor and comes with a 123 degree field-of-view. 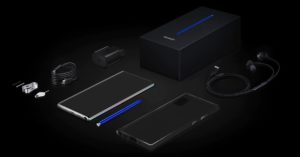 The bigger sibling also comes with the same sensors, but also packs an additional VGA lens that the company is calling as ‘DepthVision’ camera. This will enable you to take 3D scans of various things. For selfies and video calls, there is a 10MP camera that comes with an f/2.2 aperture and a field of view of 80 degrees.

The company has added four live focus modes including Blur, Big Circle, Colour Point and Glitch. A notable feature that is available in the cameras is Zoom-in Mic that lets you tap any person while recording a video so that their sound is enhanced.

Coming to the S-Pen, the stylus comes with a new feature called Air Actions. As the name suggests, this feature enables users to press and hold the button on the S-Pen and move it around to generate certain actions. Samsung will also be opening the SDK to third-party developers, so they will be able to include the functionality to their own apps too. The company has also made it easier for users to select handwritten notes and convert them to text. The unibody S-Pen will have a standby time of 10 hours.

Avani Baggahttp://www.gadgetbridge.com
Avani has an immense love for reading, travelling and food, but not necessarily in the same order. Avani almost started pursuing law, but life had other (better) plans for her and she chose to be a writer instead (luckily!) She previously covered technology at Times Internet and wrote about smartphones, mobile apps and tech startups. When she’s not writing, you’ll be able to find her in book stores or catching up on her social life.
Facebook
Twitter
WhatsApp
Linkedin
ReddIt
Email
Previous articleTwitter found testing Snooze feature in the push notification tab
Next articleSamsung Launches Galaxy Tab A 8-inch in India that comes with Parental Control Features