The device was earlier said to come in a Mystic Black and Mystic Bronze options but now a new colour variant has been tipped by a tipster. 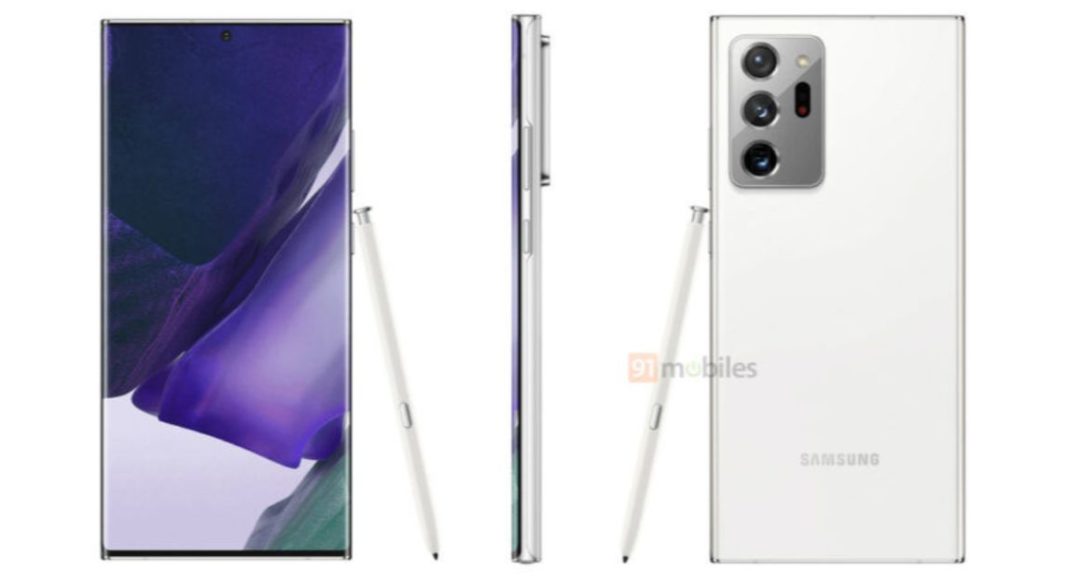 As the Samsung Unpacked 2020 event is inching closer the rumours, leaks and reports related to Samsung Galaxy Note 20 series are coming in. The latest development is that the Ultra model from the Note 20 series will have an additional Mystic White colour variant. A new report suggests that the new colour option will join the other two Mystic Black and Mystic Bronze options which were suggested previously. In addition to this both the vanilla and the Galaxy Note 20 Ultra will come with a 25W charger and the glass display will be thinner this time compared to its predecessors.

According to a report in association with a well-known tipster Ishan Agarwal, the Samsung Galaxy Note 20 Ultra will be having a third variant as well. Along with tipped Mystic Black and Mystic Bronze, there will be an additional Mystic White colour option. In addition to this, a same colour S Pen has also been tipped to come with the device.

The Samsung Galaxy Note 20 and the Ultra variant are suggested to have a fast charger that is claimed to charge the phone to 50 percent in just 30 minutes. On the contrary, a tweet by tipster Roland Quandt says that both models will have a 25W charger to come inside the retail box.

Komila Singhhttp://www.gadgetbridge.com
Komila is one of the most spirited tech writers at Gadget Bridge. Always up for a new challenge, she is an expert at dissecting technology and getting to its core. She loves to tinker with new mobile phones, tablets and headphones.
Facebook
Twitter
WhatsApp
Linkedin
ReddIt
Email
Previous article
Oppo A72 5G with Dimensity 720 SoC launched: Pricing and specifications details
Next article
Thomson SPP 24 50W 2.1 Multimedia Speaker System introduced in India for Rs 3,699