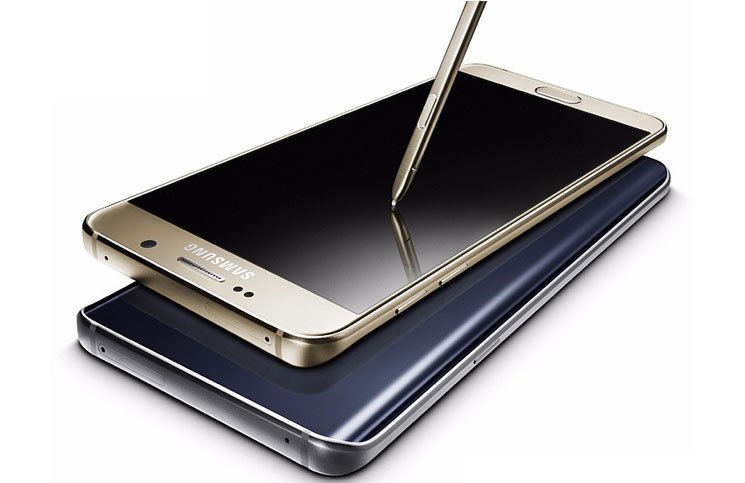 The South Korean smartphone manufacturer Samsung has finally launched its much awaited smartphone the Galaxy Note 5 in India. The company has priced the 32GB variant for Rs 53,900 and the 64GB variant for Rs 59,900. The smartphone will be available in Black Sapphire, Gold Platinum and Silver Titanium color options starting from 20th Septmber on various online and retail stores.

The Samsung Galaxy Note 5 flaunts a 5.7-inch QHD display with 2560×1440 pixels resolution. The smartphone runs on Android 5.1.1 Lollipop operating system and offers dual SIM functionality. Powering the smartphone is an octa-core Exynos 6420 processor paired with 4GB of RAM. The internal storage of the device comes in two variants 32GB and 64GB.

Samsung Galaxy Note 5 features a 16.0-megapixel rear snapper with LED flash and a 5.0-megapixel front facing camera for clicking selfies. The smartphone also comes equipped with a fingerprint sensor and the improved S pen with an eject and insert mechanism. The connectivity options of the smartphone include 4G, LTE, 3G, WiFi, Bluetooth, NFC, GPS and houses a massive 3,000 mAh battery with fast charging capabilities.