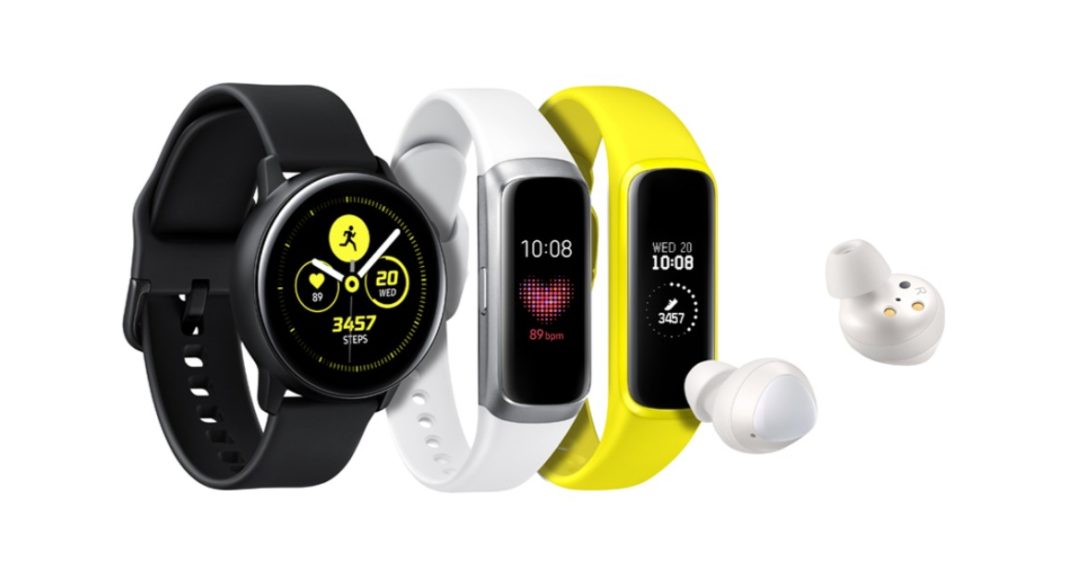 South Korean technology giant Samsung has unveiled its Galaxy Watch Active smartwatch as well as Galaxy Fit and Galaxy Fit e activity trackers at the Galaxy Unpacked 2019 event that was held in San Francisco earlier today. The company has said that Samsung comes with enhanced fitness tracking and wellbeing features.

Samsung Galaxy Watch Active smartwatch has been priced at $199.99 which becomes approximately Rs 14,300 when converted to Indian money. The smartwatch is available in Silver, Black, Rose Gold, Sea Green and will go on pre-orders in the United States on February 21. Its shipping will begin on March 8.

Samsung Galaxy Fit, on the other hand, costs $99 and upon conversion, this becomes approximately Rs 7,000. The band will be available in Black and Silver colour go on sale on May 31 in the United States. Speaking of Samsung Galaxy Fit e, there is no word on the pricing and availability details of the fitness band as of now. It will be available in Black, White and Yellow colours. Currently, there is no word on the India pricing or availability of the smartwatch or fitness bands.

According to Samsung, its Galaxy Watch Active smartwatch is more than just a fitness tracking wearable. Samsung Galaxy Active Watch can be used for tracking exercises, sleep, stress, and health. Samsung claims that these features make it “a personal lifestyle coach for those seeking a healthier body and mind.”

It is the first wearable by the company that can monitor blood pressure, and users will have to download the MY BP Lab app in order to do so. Samsung has developed this app by collaborating with the University of California, San Francisco. However, we should mention that this feature is only limited to a few markets including US, Canada, Singapore, Australia, and Germany. 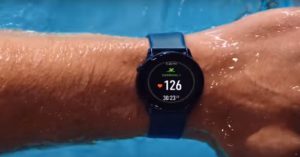 The watch has support for Bixby and can be connected to Android as well as iOS devices. Samsung Galaxy Watch Active comes with a 1.1-inch 360×360 pixel AMOLED display that is protected by Gorilla Glass 3 and houses a 230mAh battery. The wearable is powered by dual-core Exynos 9110 processor clubbed with 768MB of RAM and 4GB internal storage and runs Tizen-based Wearable OS 4.0. It has IP68 certified and has 5ATM water resistance.

Coming to Samsung Galaxy Fit and Galaxy Fit e, the newly-launched fitness bands come with intuitive fitness tracking and, according to the company, can automatically start tracking when the user runs, walks, rides a bike or begins working out. While Samsung Galaxy Fit sports a 0.95-inch 120×240 pixel AMOLED display, Galaxy Fit e comes with a 0.74-inch 64×128 pixel PMOLED screen. Both the devices run Realtime OS and come with a heart-rate monitor. Much like Samsung Galaxy Watch Active, they have  5ATM water resistance.

Speaking about the new wearables launched by Samsung, President and CEO of IT & Mobile Communications Division of Samsung Electronics – DJ Koh said, “Consumers are increasingly putting their overall wellbeing at the centre of their lifestyle decisions, and they’re looking for wearables that make it easier to get active and stay balanced every day. Everyone has their own way of pursuing their goals. We’re thrilled to introduce our new line of wearables to fit seamlessly into your life and complement your own personal wellness journey.”

Avani Baggahttp://www.gadgetbridge.com
Avani has an immense love for reading, travelling and food, but not necessarily in the same order. Avani almost started pursuing law, but life had other (better) plans for her and she chose to be a writer instead (luckily!) She previously covered technology at Times Internet and wrote about smartphones, mobile apps and tech startups. When she’s not writing, you’ll be able to find her in book stores or catching up on her social life.
Facebook
Twitter
WhatsApp
Linkedin
ReddIt
Email
Previous articleSamsung Galaxy S10e vs iPhone XR: Comparison
Next articleSamsung Galaxy Buds launched with wireless connectivity