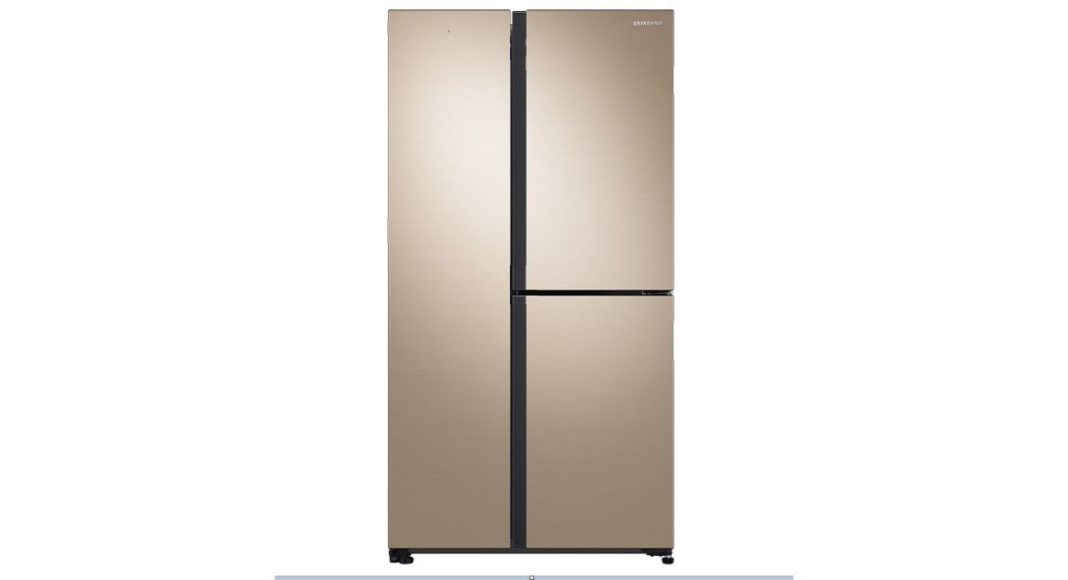 South Korean technology giant Samsung has launched its new offerings in the side-by-side refrigerator segment with the all-new SpaceMax series. The newly launched two-door refrigerator from Samsung is available at a starting price of Rs 1,06,990, and on the other hand, the two-door fridge that has an ice & water dispenser costs Rs 1,25,990.

In addition to this, Samsung has also launched a three-door model lineup and the price of this range starts at Rs 1,16,990. Samsung’s new SpaceMax series will be available for purchase at all retail stores and the company’s shop starting April 22, 2019.

Samsung’s new series of refrigerator has the new SpaceMax technology pre-loaded in them. The company has said that because of the technology, the walls of the refrigerator are thinner. With this, customers will be able to get more storage space without increasing the dimensions or compromising on the efficiency of energy.

The new refrigerator series from Samsung comes with all-around cooling system that blows cold air via multiple vents. The company has said that this cools the entire fridge and maintains the right temperature so that the food remains fresh for long. The refrigerators come with Samsung’s digital inverter compressor which, according to the South Korean technology giant, can save up to 50 percent of the energy.

The inverter technology used in the refrigerator is certified for 21-year lifespan durability as it comes with high-quality components. It also comes with a 10-year warranty.

The three-door model of the side-by-side refrigerator comes with two fridges and one freezer. There is also a customisable storage option that comes with the upper and lower fridge areas. Speaking of the model with the ice and water dispenser, it comes with a large water tank in which consumer can add water and enjoy chilled drinks or ice without having to install a separate filter for water.

We should mention that the new range of refrigerators come with features like Power Cool and Power Freeze. While Power Cool quickly cools off groceries and drinks with just a touch of a button, the Power Freeze can be used to firm up frozen foods and making ice quickly.

Another feature that is found in the refrigerator is EZ Slide Shelf that helps in organizing the items so that consumers can put in and take out food more easily, so there’s no ‘dead space’ in the refrigerator. It is built on rolling hinges and simply slides in and out.