HomeMobilesSamsung tipped to launch Galaxy M02s in India on January 7

Samsung tipped to launch Galaxy M02s in India on January 7 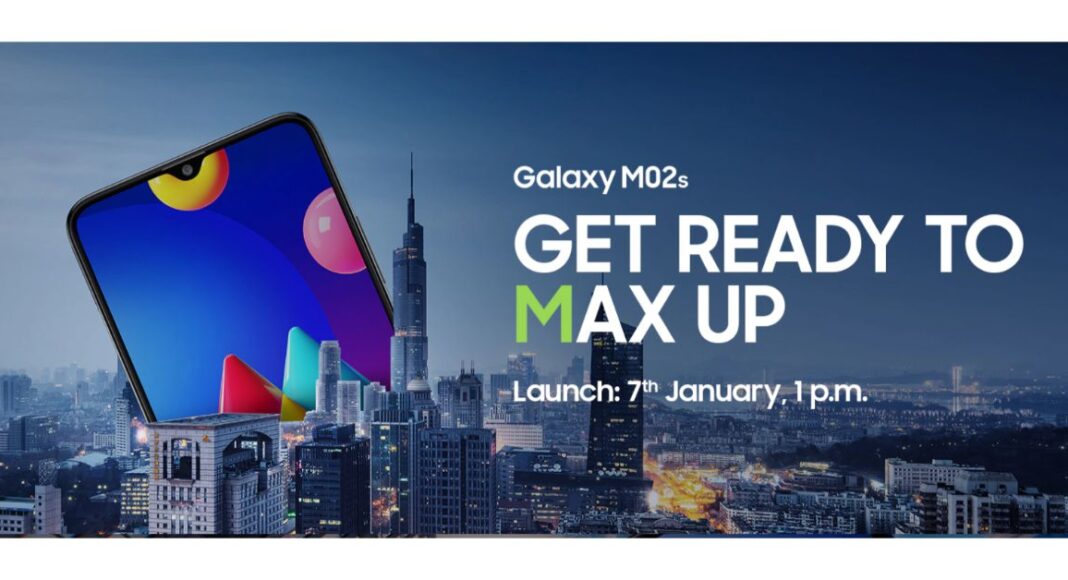 Samsung Galaxy M02s has been officially set to launch on January 7 in India. The device is tipped to be priced under Rs 10,000. Just before the official announcement a tipster also shared the poster of the upcoming device via Twitter. Apart from the name of the smartphone and expected pricing the company did not reveal much about the smartphone.

Samsung has confirmed that Samsung Galaxy M02s is going to launch in India on January 7 and will be priced under Rs 10,000. The company’s upcoming budget smartphone will launch a 1 PM as per Indian Standard Time. While announcing its next budget smartphone Samsung said, “is all set to launch the ‘Max Up’ Galaxy M02s this month. Galaxy M02s, Samsung’s latest smartphone in the popular Galaxy M Series, is an all-rounder that will deliver max display and max performance at an affordable price.”

Apart from this, the dedicated microsite for the smartphone has also gone live which shows a video teaser of Galaxy M02s. The microsite has only revealed the front of the budget smartphone with a U-shaped notch housing a selfie camera. As per the company, the device will come with power-packed features including a big 6.5-inch screen with HD+ Infinity V Display, which will ensure an uninterrupted and immersive viewing experience.

In addition to this, the South Korean company also confirmed that Samsung Galaxy M02s will be powered by a Snapdragon processor and will come with 4GB RAM to ensure enhanced performance, smooth multi-tasking, seamless app navigation and uninterrupted gaming.

This is for the first time Samsung will be offering a Galaxy smartphone with 4GB RAM and will be priced below Rs 10000 in India. Moreover, there will be a massive 5000mAh battery on the mobile phone to fuel it up and is claimed to last for a whole day without having to worry about frequent charging. The Galaxy M02s will also be touted to offer the best streaming, gaming, photography and browsing experience.

As per the microsite, the phone shows thick bezels on the sides with a thicker chin area. Whereas the power and volume buttons can be seen on the right side of the frame.

Komila Singhhttp://www.gadgetbridge.com
Komila is one of the most spirited tech writers at Gadget Bridge. Always up for a new challenge, she is an expert at dissecting technology and getting to its core. She loves to tinker with new mobile phones, tablets and headphones.
Facebook
Twitter
WhatsApp
Linkedin
ReddIt
Email
Previous articleXiaomi Mi 10i launching today: Where to watch the Livestream specs and pricing
Next articleOnePlus launched web-based AK vs AK: Stop at Nothing game in India, highlights the key features of OnePlus 8T 5G