Samsung to bring Health Monitor app to measure blood pressure, will be available by the third quarter of 2020 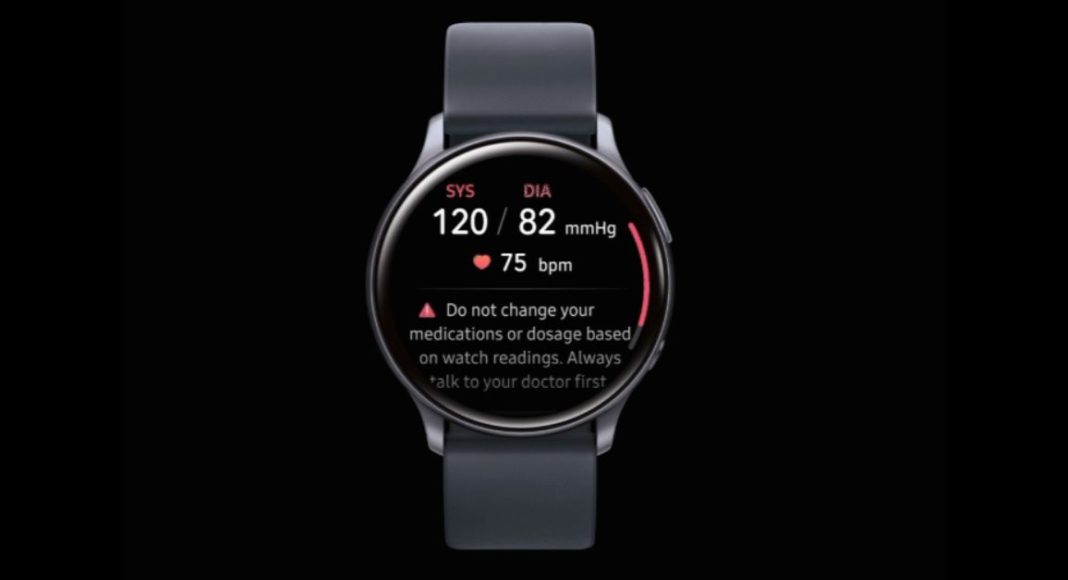 Last year in October the South Korean company Samsung launched Galaxy Watch Active 2 globally however it arrived in India late in December in three sizes. Now the company has planned to bring a new feature to the smartwatch.

Samsung has planned to bring the blood-pressure measuring Health Monitor app for its Galaxy Watch Active 2. The feature is going to arrive in the third quarter of 2020 followed by a broader rollout. The company revealed its plan via press release after the app has received clearance by South Korea’s Ministry of Food and Drug Safety (MFDS) as a Software as a Medical Device (SaMD).

The new health monitor app which when paired with advanced sensor technology on the Galaxy Watch Active2 allows the user to easily measure and keep a tab on their blood pressure.

This new feature will be beneficial for the people suffering from heart disease or hypertension that are responsible for increasing the risk of brain, kidney and heart diseases, including stroke and coronary heart disease. With the help of the Health Monitor app, they can at least manage the blood pressure by allowing them to make more informed decisions while reducing the risk.

Taejong Jay Yang, Corporate SVP and Head of Health Team, Mobile Communications Business at Samsung Electronics said, “The Samsung Health Monitor app has the potential to help millions of people around the world who are affected by high blood pressure. This is one of many examples of how Samsung is integrating its best-in-class hardware with the latest software innovations to innovate mobile experiences.”

According to the company when the Galaxy Watch is calibrated it will allow you to simply tap to “Measure” your blood pressure anytime, anywhere to measure the blood pressure through pulse wave analysis, which is tracked with the Heart Rate Monitoring sensors. The users are required to recalibrate their device at least every four weeks in order to ensure accuracy.

The device already features  Heart Rate Monitoring sensors that allow the user to track their exercise, sleep and stress.

The company promised, “The Samsung Health Monitor app will be available on the Galaxy Watch Active2 within the third quarter and will progressively expand to upcoming Galaxy Watch devices.”

Komila Singhhttp://www.gadgetbridge.com
Komila is one of the most spirited tech writers at Gadget Bridge. Always up for a new challenge, she is an expert at dissecting technology and getting to its core. She loves to tinker with new mobile phones, tablets and headphones.
Facebook
Twitter
WhatsApp
Linkedin
ReddIt
Email
Previous article
April 22 Amazon Quiz: Answer all the questions to win Samsung Galaxy M20 Smartphone
Next article
COVID-19 lockdown: Samsung introduces 6 new fitness apps on its Smart TVs