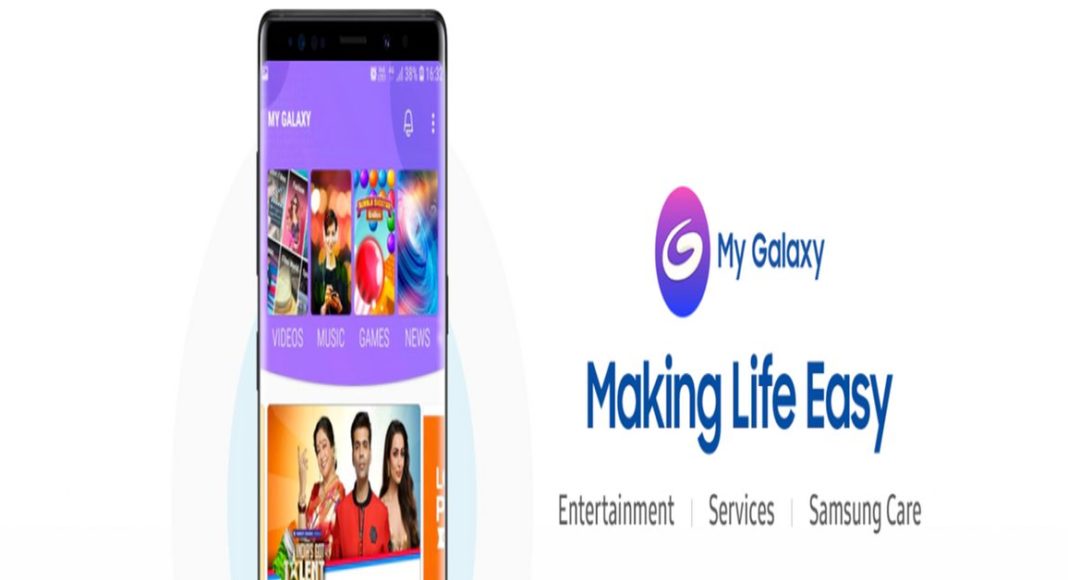 South Korean technology giant Samsung has decided to bring the famous K-Pop content and K-Drama for Indian consumers on its My Galaxy App. The new upcoming K-dramas will include three exclusive K-drama series along with over 750 K-pop videos of the top artists and bands such as BTS, Exo, BTOB, MONSTA-X and many others.

Samsung is offering the new shows and music as a part of its commitment to offer and enrich the consumer experience of its users. Samsung’s My Galaxy app is a one-stop platform of the South Korean tech giant for shows, music and many other things.

Pramod Mundra, Senior Director of Samsung India commented on the growing trend of Korean content consumption amongst Indian millennials saying, “We value the interests and taste of our consumers and there is absolutely no doubt about the growing popularity of K-pop culture in India. Keeping in mind the evolving entertainment needs of Indian millennials, we are delighted to bring K-content on our ‘My Galaxy’ App. Samsung customers can now access K-pop music and exclusive K-drama on their favourite Samsung smartphone. We are confident that the famed K-content will resonate well with our young consumers.”

Samsung will be giving its users some of the exclusive Korean dramas like Manhole, Jugglers etc on its My Galaxy app. To bring the shows and dramas, Samsung is partnering with KBS Media, which is Korea’s largest global content distribution companies and it is actively licensing international as well as domestic rights of content. KBS Media also distribute VOD content and imports and debugs foreign programs. Also, KBS Media is part of the Korean Broadcasting System (KBS), which is the national public broadcaster of South Korea.

The Korean content coming to Samsung’s My Galaxy app are:

Jugglers – It is one of the famous Korean rom-com drama out of the three exclusives being offered by Samsung. It shows the story of the equation between a secretary and her boss and how it completely flips outside office.

Queen for 7 days – This is another exclusive that will be offered by Samsung to users in India. This historic drama is about a queen who sits on the throne for seven days and her love story with King LeeYeok and Lee Yung.

Manhole – The third exclusive being offered by Samsung is Manhole. This Korean drama shows the story of Pil who travels back in time to stop his crush of 28 years from getting married.

K-Pop – Along with exclusive K-dramas, Samsung is also offering more than 750 songs and over 45 hours of content. Some of the famous bands and artist which are included in this are – BTS, EXO, BTOB, MONSTA-X.

To watch or listen to the K-dramas and K-pop the users need to download the ‘My Galaxy’ app from Google Play Store or from Samsung’s own App Store.

Samsung’s My Galaxy app has more than 20 million users in India and the company wishes to offer Korean content to the millennials across metro towns and Tier 1 cities.

Aman Singhhttps://www.gadgetbridge.com/
Aman Kumar Singh has a Masters in Journalism and Mass Communication. He is a journalist, a photographer, a writer, a gamer, a movie addict and has a love for reading (everything). It’s his love of reading that has brought him knowledge in various fields including technology and gadgets. Talking about which, he loves to tweak and play with gadgets, new and old. And when he finds time, if he finds time, he can be seen playing video games or taking a new gadget for a test run.
Facebook
Twitter
WhatsApp
Linkedin
ReddIt
Email
Previous article
T-series loses its lead as the No.1 YouTube channel
Next article
Snapchat is now available in Hindi, Marathi, Gujarati, and Punjabi