Samsung to host Galaxy Unpacked 2020 tonight: Everything we know so far and how to watch the event live 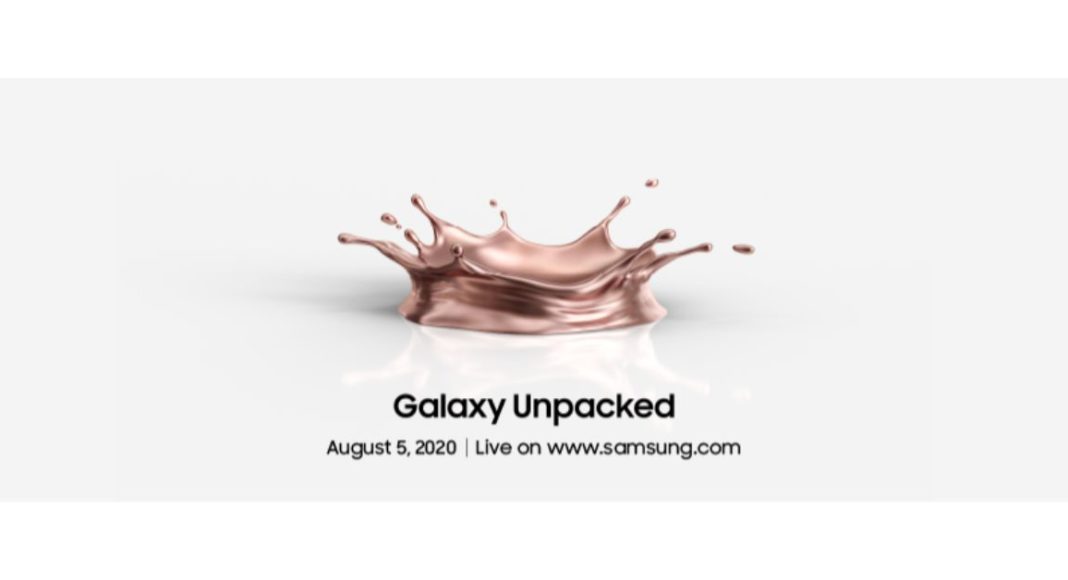 Samsung Galaxy Unpacked 2020 is going to take place today. The South Korean electronics brand is going to take the wraps off its most anticipated smartphone series Samsung Galaxy Note 20 Series. Alongside, the company is most likely to introduce a couple of new devices such as Galaxy Z Fold 2, Galaxy Buds Live, Galaxy Watch Active 3 and Galaxy Tab S7.

Before the company’s official announcement, many things about the devices had been doing rounds on the internet. Let’s give you a quick recap of what has been leaked and rumoured about the new Galaxy device before the tech event that is going to be held in the evening today. But before that let’s know how you can catch the event live tonight.

Tonight Samsung is going to host a Galaxy Unpacked 2020 event that will be live-streamed via the company’s official social media channels that is Samsung Global Newsroom, Samsung.com, and Samsung Global’s Facebook page. The event will kick off at 10 AM EST that is 7.30 PM IST.

Before tonight’s event, many of the specs information related to the upcoming device has been revealed through recent teasers and a series of leaks as well as rumours. Recently, the price of the Samsung Galaxy Note 20 was leaked on the web stating that the device is expected to come at EUR 949 that translates to Rs 84,000 whereas the 5G model is rumoured to be priced at EUR 1,049 that roughly is Rs 92,800. While the pricing of the Galaxy Note 20 Ultra is slated to be EUR 1,299 that translates to Rs 1,14,900. On the other hand, the 5G variant could be priced at Rs 1,19,400. All these prices are just rumours and can be taken with a pinch of salt, as the final pricing will be revealed at the tech galaxy Unpacked 2020 event tonight.

About the specifications of the vanilla variant, it is said to be powered by  Qualcomm Snapdragon 865 and Exynos 990 SoC options with 5G options available in the select markets. This device will be offered in an 8GB RAM and up to 256GB storage option. It is stated to have a 6.7-inch Full-HD+ Super AMOLED with 20:9 aspect ratio. For the optics, it is speculated to come with a  triple rear camera setup consisting of a  64-megapixel sensor with 3x optical zoom, 12-megapixel primary sensor with a 12-megapixel ultra-wide-angle lens. While on the front it is said to have a 10-megapixel selfie camera. Note 20 is most likely to pack a  4,300mAh battery with wireless charging and reverse wireless charging support.

Coming to the next device, which is the highly anticipated smartphone from the series. It is expected to come with a Qualcomm Snapdragon 865 and Exynos 990 processor (India variant) paired with up to 12B of RAM and Ultra-Wide Band (UWB) technology for quick transfer of files. In addition to this, there could be a Snapdragon 865 and Exynos 990 SoC options. The phone is likely to come with a bigger, 6.9-inch curved-edge Dynamic AMOLED display that will be offering a QHD+ resolution and a refresh rate of 120Hz. In addition to this, this handset will also be a triple camera at the back that will include a 108-megapixel primary camera sensor, with a 12-megapixel telephoto lens and a 12-megapixel ultra-wide-angle sensor. It is most likely to have a redesigned S Pen with nine-millisecond latency.

Next is the company foldable device namely Galaxy Z Fold 2 5G that we could witness at today’s event with a foldable 7.7-inch Super AMOLED display offering a 120Hz refresh rate. Moreover, the Super AMOLED outer display will measure 6.23-inch. However, it is expected to be powered by the latest Snapdragon 865 or Exynos 990 chipset paired wit up to 12GB of RAM

Komila Singhhttp://www.gadgetbridge.com
Komila is one of the most spirited tech writers at Gadget Bridge. Always up for a new challenge, she is an expert at dissecting technology and getting to its core. She loves to tinker with new mobile phones, tablets and headphones.
Facebook
Twitter
WhatsApp
Linkedin
ReddIt
Email
Previous article
PUBG Mobile update: Tencent games releases Ancient Secret Mode and new Arena Gameplay
Next article
Huawei Mate 40 and Mate 40 Pro likely to be camera-centric smartphones