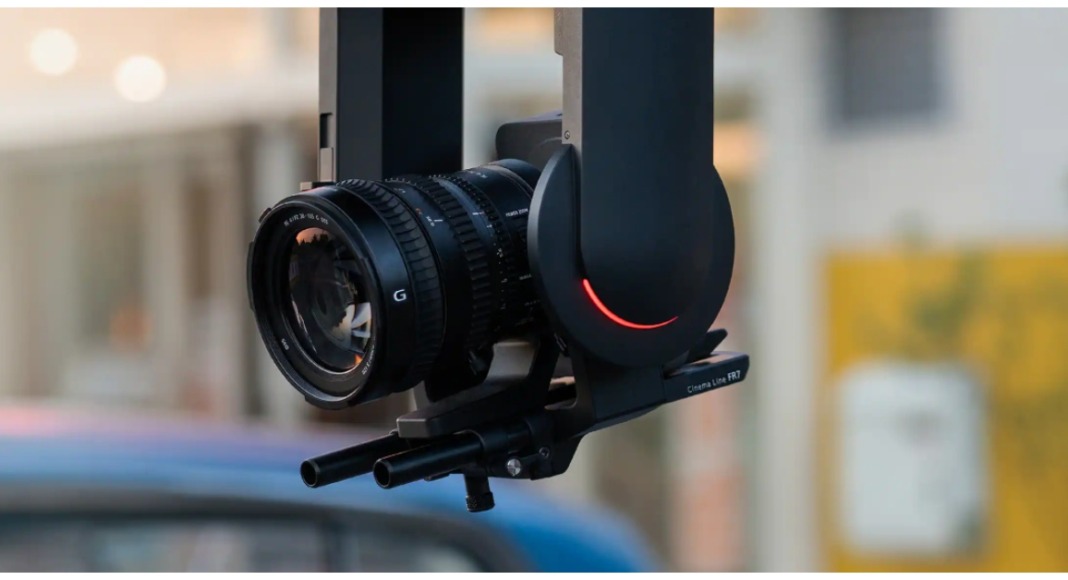 Sony has announced the launch of ILME-FR7, a full-frame interchangeable lens camera. It comes with an E-mount and integrated pan/tilt/zoom (PTZ) capabilities. The cinema camera comes with up to 100 preset camera positions and Real-time Eye AF/Tracking. The Sony camera has a built-in electronically controlled Variable ND filter. It also has internal XAVC recording and external RAW output.

Prices for the Sony ILME-FR7 camera in India will be available upon request starting on January 31, 2023.

For the first time in a pan tilt zoom (PTZ) camera, the Sony ILME-FR7 offers a back-illuminated 35mm full-frame CMOS picture sensor with about 10.3 effective megapixels and wide 15+ stop latitude. This incredible sensor not only offers a wide dynamic range, low noise, and cinematic full frame bokeh but also excellent sensitivity, enabling ISO to be increased up to 409600 while shooting in low light.

A broad variety of E-mount lenses, including the G Master series with amazing resolution and bokeh effect, may be mounted on the FR7 thanks to its Sony E-mount. Users have complete creative control thanks to a selection of focal lengths that range from 12 mm to 1200 mm. 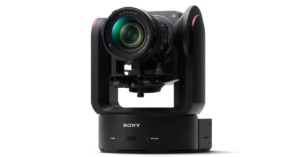 S-Cinetone, which provides the soft colours and lovely highlights necessary for healthy-looking skin tones, as well as other preset scene files, are included. To adjust the base sensitivity in the Cine EI mode to the lighting circumstances and reduce noise while preserving a consistent look, choose between ISO 800 and ISO 12800. Because it supports Sony’s original S-Log3 gamma, broad S-Gamut3, and S-Gamut3. Cine colour spaces, this mode is excellent for post-production. It is possible to shoot in up to 4K 120p slow-motion.

Pan, tilt, zoom, focus, record, playback, and all camera settings may be easily managed from a tablet or computer web browser with the help of a new dedicated online application. Remote viewing of FR7 footage is possible for several users at once. Additionally enabled is multi-camera monitoring, which enables remote viewing of several cameras from a single device. For multi-camera production, it is also compatible with Sony’s RM-IP500 remote controller, which increases creative potential while lowering the demand for specialised people in production studios and other shooting environments.

Up to 100 PTZ cameras can be remotely managed by a single RM-IP500 unit, which also offers useful joystick-controlled pan, tilt, and zoom functionality. From 0.02 degrees per second to 60 degrees per second, pan and tilt speed can be continually adjusted to allow a variety of steady and fluid camera motions. The tilt angle range is between -30° and +195°, and the pan angle range is between -170° and +170°.

Up to 100 camera position presets may be retrieved using the integrated web application and optional RM-IP500 remote controller. With a firmware upgrade, the Sony ILME-FR7 will also support the S700 protocol over Ethernet, enabling control of this product from Sony’s Master Setup Unit (MSU) and Remote Control Panel (RCP).

Also Read: WhatsApp is working on the ability to block contacts from the chat list and notifications: Report

Even when people are looking at subjects at steep angles, the integrated BIONZ XR engine realises detection performance for perfect eye focus, allowing the operator to focus on framing the greatest photo. When utilising the web application for the FR7, Touch Focus can be used to begin focusing using Real-time Tracking on the selected target, along with Real-time Eye AF if an eye is detected.

The electronic variable ND filter that is built-in allows for seamless ND modification. By automatically adapting the ND filter to the changing light, an auto ND function maintains exposure stability. Additionally, remote control is an option, enabling exposure control away from the camera.

There are video output ports for HDMI Type A and 12G-SDI as well as optical output for lengthy transmission. The signal from an external microphone or audio device will be received using the AUDIO IN (XLR type 5-pin) connector. A single connector is used by AUDIO CH-1 and CH-2.

Komila Singhhttp://www.gadgetbridge.com
Komila is one of the most spirited tech writers at Gadget Bridge. Always up for a new challenge, she is an expert at dissecting technology and getting to its core. She loves to tinker with new mobile phones, tablets and headphones.
Facebook
Twitter
WhatsApp
Linkedin
ReddIt
Email
Previous article
A Guide to How Crypto Casino Works?
Next article
Amazon Quiz Answers Today 24 January 2023: Participate to win Rs 2,500