This petition demands Redmi K20 price in India to be slashed 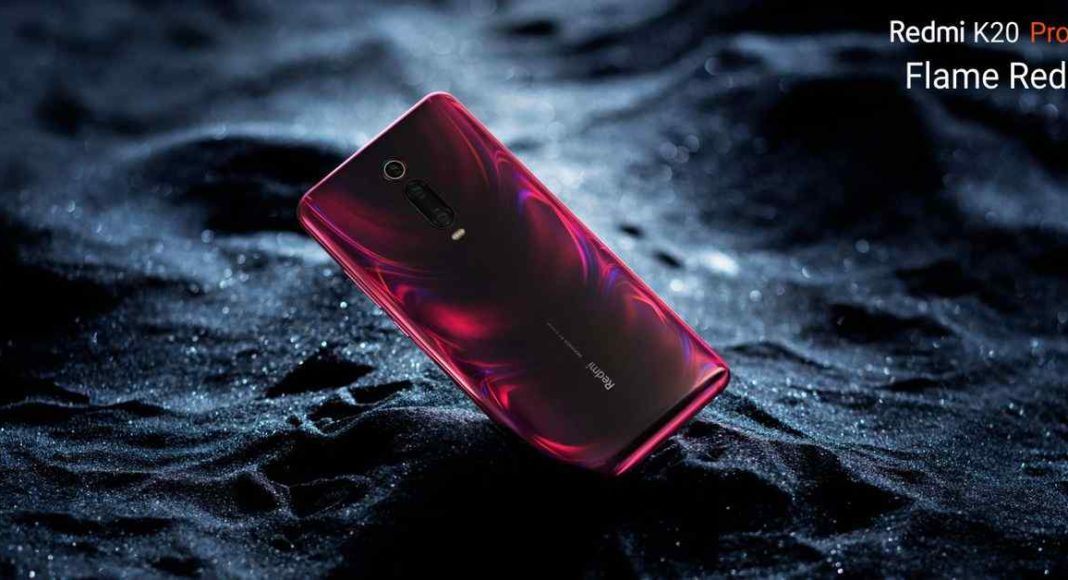 Chinese technology company Xiaomi launched its much-awaited Redmi K20 Pro and Redmi K20 smartphones in India just a few days back. The company has been boasting about the powerful specifications of the two smartphones, but then, it seems like there are some fans who don’t think that they are worth the price. A petition has emerged on Change.org that asks Xiaomi’s sub-brand to lower the Redmi K20 price in India.

While the device has been launched at a starting price of Rs 22,000, the petition demands a price cut of Rs 2,000. It further says that Redmi should slash the price of its Redmi K20 smartphone because the device does not have enough memory.

The petition reads, “Redmi K20 is literally very overpriced for specs! For 2,2000 we get 6(RAM)+64 (internal storage) which is a lot less storage! 64GB isn’t enough in this new generation of tech, a minimum of 128gb should be starting Variant…every indian usually expects a mid range phone from xiaomi if they price at 22k we atleast need a long lasting phone with bigger storage even if they planned for 64(GB) @22 (Rs 22,000) they should have given memory card slot atleast bcz Indian’s always demand more, with such a good cam storage will be more importance!”

This is how the petition on Change.org begins. It goes on to talk about how saving files on the cloud is not always an option and how Redmi K20’s price in China is around Rs 19,000.

At the time of writing, 2,160 people had signed the petition, which means that there are others who think that Xiaomi‘s price for Redmi K20 is not justified. The petition is still growing gradually. So let’s see how many people come to support it ultimately. 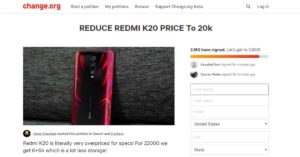 Redmi K20 features a 6.39-inch Full-HD+ (1080 x 2340 pixels) AMOLED display that has a fingerprint scanner embedded on it. Powered by Qualcomm Snapdragon 730 SoC, the handset comes with up to 6GB RAM and 128GB of internal storage.

Redmi K20 houses a 4,000mAh battery that has support for 18W fast charging. For imaging duties, it sports an AI-backed triple rear camera setup that consists of a 48MP Sony IMX586 sensor, a 13MP wide-angle lens, and an 8MP telephoto sensor. There is also a 20MP front camera in a pop-up module that can be used for selfies and video calls.