This latest feature by Twitter is available to both iOS as well as Android users. 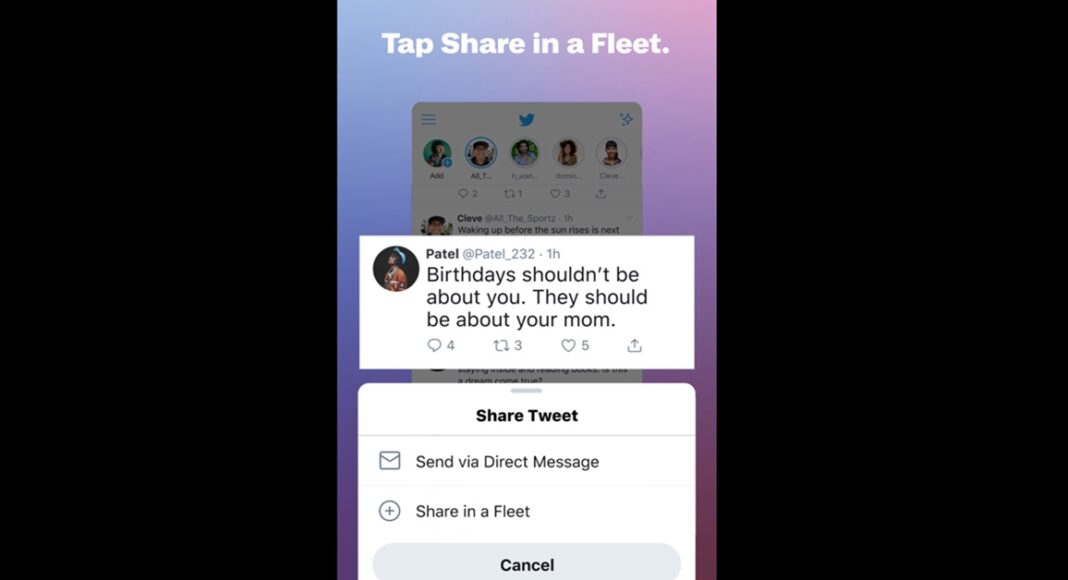 In order to help people feel more comfortable, Twitter has been constantly working on a lower pressure way for people to talk about what’s happening. The microblogging site has now introduced Fleets so that Twitter users can easily join the conversation in a new way – with their fleeting thoughts.

That thing you didn’t Tweet but wanted to but didn’t but got so close but then were like nah.

We have a place for that now—Fleets!

Rolling out to everyone starting today. pic.twitter.com/auQAHXZMfH

According to Twitter, “Fleets are for sharing momentary thoughts – they help start conversations and only stick around for 24 hours. Through our tests in Brazil, Italy, India, and South Korea, we learned Fleets helped people feel more comfortable joining the conversation – we saw people with Fleets talk more on Twitter.”

Mind you! Twitter’s Fleets disappear from view after a day. This new feature will help people feel more comfortable sharing personal and casual thoughts, opinions, and feelings. The users can Fleet text, reactions to Tweets, photos or videos and customize your Fleets with various background and text options.

It was further notified that the followers of your Twitter account can see your Fleets at the top of their home timeline. Fleets can be viewed by the ones who can see the full Twitter profile. Twitterati can even reply to the Fleets if the profile owner has enabled Direct Messages. The following steps need to be followed if one wants to reply to a Fleet:

Twitter mentioned that its users across the globe will have access to Fleets on the microblogging site’s iOS as well as Android platforms.

Earlier, Twitter has added pinned tweets and descriptions on trends to make it easier to understand. According to the microblogging platform, some trends will have a representative Tweet pinned to them to give you more insight about a trend right away. Representative tweets on trends can be found on Twitter for iOS and Android now. Twitter is also working to bring them to twitter.com soon too.

An official blog post by Twitter has revealed that a combination of algorithms and curation team determine if a tweet represents a trend by evaluating if the tweet is very reflective of the trend and popular. Twitter further added that algorithms are designed to identify representative tweets that aren’t potentially abusive, spam, or posted by accounts trying to take advantage of its system.

Twitter further added that in the weeks ahead, a user should see brief descriptions added to some trends as well to help add context to the trend. Descriptions will provide straightforward, clearly sourced context around why something is trending. Descriptions are developed by its curation team and follow their guidelines. Descriptions on trends will be found on twitter.com and Twitter for iOS and Android.