The Vivo U10 smartphone will be online exclusive 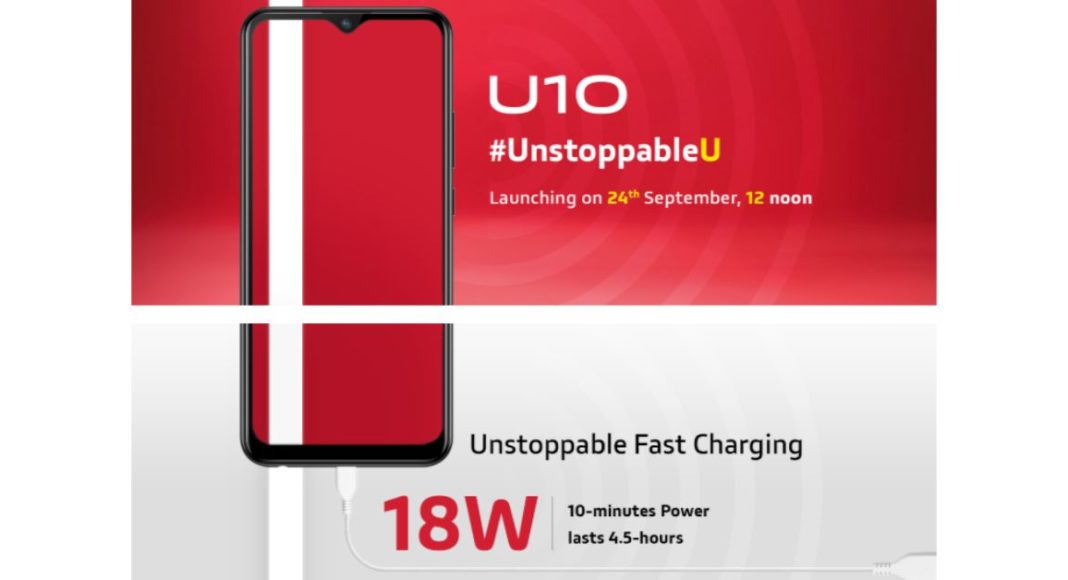 Chinese smartphone company Vivo is all set to launch another new smartphone in India. The company will launch its first smartphone under its new U-Series. Vivo Will be launching U10 in India on September 24. The Vivo U10 has also been listed on the e-commerce website Amazon. The device will be online-exclusive and will be sold via Amazon as well as Vivo E-Store.

Vivo is yet to reveal the specifications of its upcoming smartphone. But the Amazon listing has already revealed many of the details of the U-Series mobile phone. On the teaser page, the company claims that Vivo U10 will come with an 18W fast charging support along with a larger battery for powerful all-day performance. The company claims that with 10 minutes of charge the phone battery lasts up to 4.5 hours. The Amazon listing says that the phone will be powered by a Qualcomm Snapdragon processor, however it did not reveal the version. Further, it reveals that the upcoming smartphone is a multi-tasker and super fast. The product page says “capture more anytime, anywhere” that hints that the phone will come with better imaging capabilities, too.

The company’s Vivo Z series was its first online exclusive smartphone now the company will also launch the Vivo U series as its second line up in its portfolio to take the same route as Z-series.

To recall, the company recently launched Vivo Z1x smartphone in India. The phone has been launched in two colour options Fusion Blue and Phantom Purple. It is offered in two RAM storage variants 6GB RAM with 64GB and 6GB with 128GB.

Vivo Z1x is powered by Snapdragon 712 AIE processor and runs on Funtouch OS 9.1 based on Android 9.0. It sports a 6.38-inch full-HD Super AMOLED with 1,080×2,340 pixels display with an in-display fingerprint sensor. The phone houses a 4,500mAh battery along with 22.5W Vivo FlashCharge support.

The latest Smartphone will be available on Sale via Flipkart and Vivo India E-Store starting from September 13 at 12 noon. The 6GB RAM with 64GB storage and the 6GB with 128GB storage option will be available for purchase at Rs­­ 16,990 and Rs 18,990 respectively.