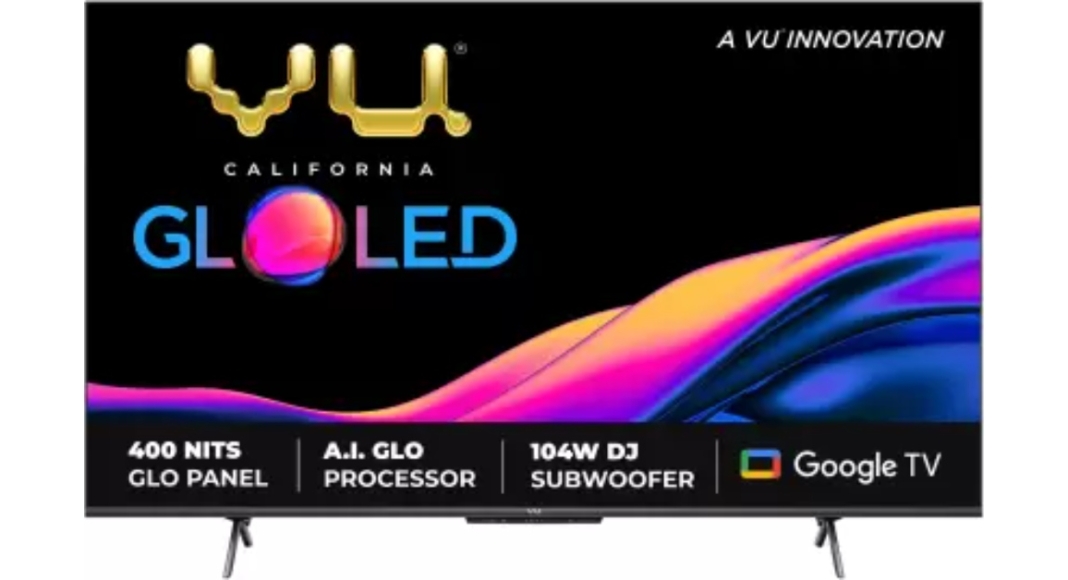 The Vu Glo LED Ultra-HD HDR TV line is available in three sizes: 50, 55, and 65 inches. The Glo Panel with the Glo AI processor reduces energy use while increasing brightness by 60%. The NTSC colour gamut of the Vu GloLED TV is 94%, which is much higher than that of typical 4K LED TVs, which is 72%, and extremely near to that of an OLED, which is 100%. The DJ subwoofer that comes with the Vu GloLED TV is integrated right into the elegant frame of the device and has 104-watt sound output.

The Vu Glo LED Ultra-HD HDR TV line runs on Google TV OS and is powered by the Vu Glo AI processor. The Vu GloLED TV has no bezels to maximise the viewing area. It also has an ambient light sensor and a hands-free far-field microphone that enable speech search and voice commands and automatically modify the TV’s settings based on the illumination. Advanced Cricket Mode, the company’s next-generation cricket mode technology, is available on the Vu GloLED TV. Just in time for the ICC T20 World Cup 2022, FIFA 2022, and ICC ODI World Cup 2023, Advanced Cricket Mode gives you 100% ball visibility in addition to a live stadium experience.

Komila Singhhttp://www.gadgetbridge.com
Komila is one of the most spirited tech writers at Gadget Bridge. Always up for a new challenge, she is an expert at dissecting technology and getting to its core. She loves to tinker with new mobile phones, tablets and headphones.
Facebook
Twitter
WhatsApp
Linkedin
ReddIt
Email
Previous articleSimple Ways to Use Saved or Downloaded Audio on Your Instagram Story
Next articleJBL Quantum 350 wireless gaming headphones with 40mm drivers launched in India