WhatsApp adds Opi Stickers with a White-coloured bear on its app: Here’s how to use them 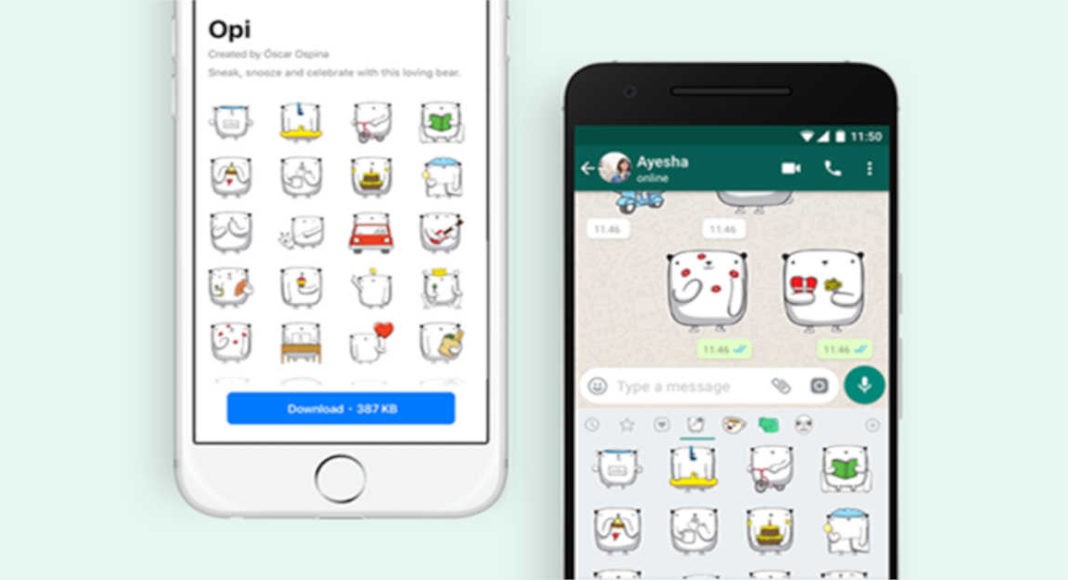 Facebook-owned messaging app WhatsApp has today expanded its sticker options by adding an Opi sticker pack that has been designed by Colombian illustrator Oscar Ospina. The pack comes with Opi stickers that feature a white-coloured bear. In different stickers, the bear expresses different emotions. It is worth noticing that the new sticker pack is now available in the Android as well as iOS versions of WhatsApp. However, it can be downloaded directly via the Stickers section of the messaging app.

To recall, WhatsApp got stickers on its platform in October 2018. Currently, it has 14 different sticker packs on its app that have been created by artists across the globe, and various others can be downloaded via Google Play Store and App Store. In addition to this, there are apps that also let users create their own stickers.

It is worth mentioning that the Opi sticker pack comes with as many as 30 stickers. Using these, WhatsApp users can “sneak, snooze and celebrate” with the loving bear. We should also point out that these stickers were made by Oscar Ospina. For those unaware, the artist also got the Opi sticker pack to Facebook Messenger in 2014.

Here’s how you can download the Opi sticker pack on WhatsApp:

Going forward, you will be able to see the Opi Sticker pack among other stickers in your WhatsApp app once you do this. It is worth adding that Opi sticker is 387KB in size.

WhatsApp stickers are a great way for users to express themselves. The feature was present in most other rival apps like Telegram and Snapchat before it made its way to WhatsApp. As we mentioned earlier, you can also download stickers via other apps for WhatsApp.

Avani Baggahttp://www.gadgetbridge.com
Avani has an immense love for reading, travelling and food, but not necessarily in the same order. Avani almost started pursuing law, but life had other (better) plans for her and she chose to be a writer instead (luckily!) She previously covered technology at Times Internet and wrote about smartphones, mobile apps and tech startups. When she’s not writing, you’ll be able to find her in book stores or catching up on her social life.
Facebook
Twitter
WhatsApp
Linkedin
ReddIt
Email
Previous article
Compare: Samsung Galaxy M40 and Samsung Galaxy M30 and Samsung Galaxy A50
Next article
Facebook’s new app Study will pay you to let it track your smartphone activity