WhatsApp beta for Android gets ‘Show in chat’, ‘Rotate’ and ‘Forward’ shortcuts for photos

Popular messaging app WhatsApp is back in news. The Facebook-owned messaging platform has just received a new beta update for Android that brings with itself new features for photos that are exchanged on the app.

As a part of WhatsApp’s beta update version 2.19.18, the app has got support for a new ‘Show in chat’ shortcut and a new ‘Rotate’ feature. While the former allows users to quickly see media directly in the chat, the latter – as the name suggests – enables users to rotate images without leaving WhatsApp.

To access the two features, you need to click on the image you received on WhatsApp within the app, and then press on the three dot icon on the top right. 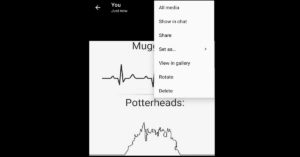 Another new thing that we noticed on WhatsApp’s beta version 2.19.18 is a forward icon next to images on chat. So instead of clicking on the image, then pressing on the three dot icon to select the option of ‘Forward’ as we did earlier, you can just directly press on the shortcut in chat next to the image. 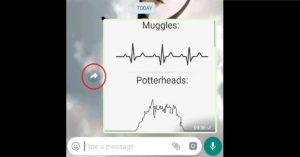 It is worth noticing that on pressing the three dot icon, you no longer see the ‘Forward’ option, which basically means that WhatsApp has started placing it next to the images in chat to make it easier for users to share their photos with multiple contacts via the app.

In unrelated news, The Facebook-owned messaging app broke down this week affecting almost 1.5 billion users across the world. Reports that followed the breakdown suggested that both Android and iOS users were affected and were not able to access the app on that day. It is worth noticing that this happened right after WhatsApp announced that it is rolling out the limit to forwarding messages to just 5 chats across the globe. The limit to forwarding messages was first released in India back in July 2018 in order to curb the spread of fake news in the country.

Avani Baggahttp://www.gadgetbridge.com
Avani has an immense love for reading, travelling and food, but not necessarily in the same order. Avani almost started pursuing law, but life had other (better) plans for her and she chose to be a writer instead (luckily!) She previously covered technology at Times Internet and wrote about smartphones, mobile apps and tech startups. When she’s not writing, you’ll be able to find her in book stores or catching up on her social life.
Facebook
Twitter
WhatsApp
Linkedin
ReddIt
Email
Previous articleWhatsApp business app adds customer service features to desktop and web apps
Next articleApple gains patent to build future iPhones and Apple watches with poisonous gas and CO detection