The new iOS will get updated Live Text, easier parental control and a safety check feature. 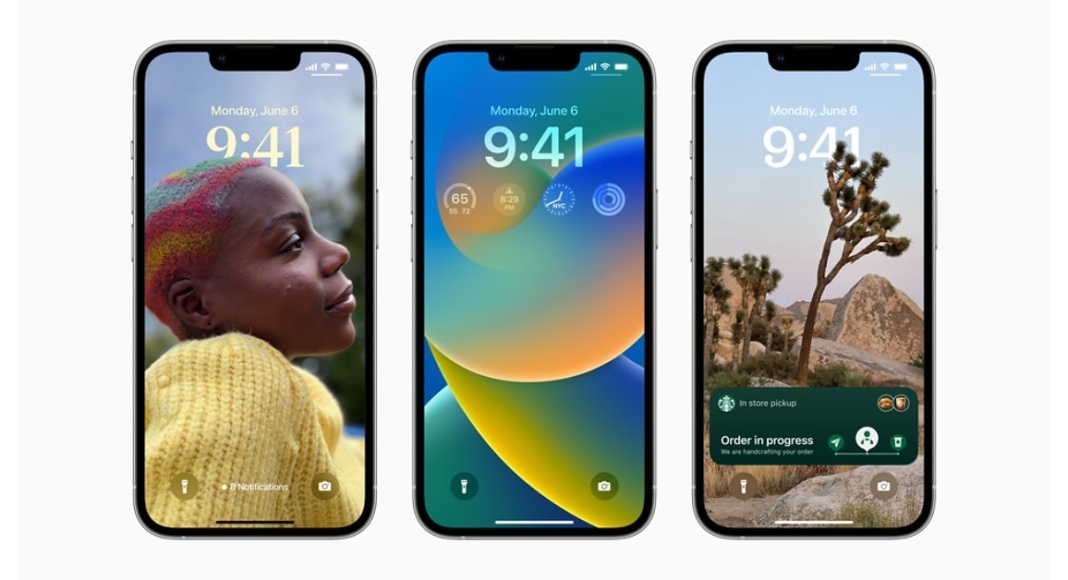 Tim Cook, Apple’s CEO, opened the keynote and wished all of the attendees a happy WWDC22. The Cupertino-based corporation provided information on new operating systems including as iOS 16, iPadOS 16, macOS 13, watchOS 9, and tvOS 16, and more during the presentation. So, if you missed the live event, don’t worry, Gadget Bridge will keep you up to date on all the latest iPhone, iPad, and Apple Watch features.

The WWDC keynote will begin with iOS 16. As anticipated the lock screen is getting a huge makeover. With a long tap, users will be able to customise the Lock screen. The users will be allowed to put colour filters on the typography for the time and the picture. Whereas the Widgets will be able to be added to the lock screen as well which Google also offers in its Android 13. In iOS 16, the lock screen will also include some suggested photographs. Custom Lock Screens can be created and switched between by users. In addition to this, a new ‘Live screen’ activity feature will be added to the lock screen. As a result, if you receive frequent updates from an app. The lock screen will display them as well. On iOS 16 there’s also a new ‘Focus’ filter, which allows users to turn off notifications from apps they don’t use all the time.

The Dictation feature in iOS 16 has been revamped too. The on-device voice detection has been improved by keeping the keyboard active while dictating, allowing the user to move between speech and touch input. Users will be able to choose text with their fingers and replace it with their voices. Dictation will also add punctuation and allow users to choose an emoji on the fly. Emoji identification and a new API for developers to use Siri for their own dictation were both highlighted by Apple.

In addition to this at WWDC22 Apple announced Apple Pay Later, a new buy-now, pay-later service that the firm claims will operate anywhere Apple Pay is accepted. Seems Apple’s Live Text feature is catching up to Google Lens in terms of functionality. Not just that Users will be able to interact with text shown in the video using Live Text now that it supports video. When using the Live Text function in the camera, Apple is introducing the ability to convert the currency automatically.

When scanning with Live Text, users will also be able to translate automatically. On iOS, the Translate app will include live text scanning as well.

The new OS by Apple is also getting a new ‘My Sports’ area to Apple News, which allows you to keep track of your favourite teams. Apple has also improved Family Sharing.

The iOS 16 bring a complete overhaul to Apple Maps. The application will be available in more countries sadly India is not on the list. As per Apple, more features will be available in more cities around the United States. And Yes, Multistop routing is coming from Apple. Siri will also be able to add more stops to a route if the user requests it. Apple Maps is also getting the Map Display function expanding to new nations, 3D View expanding to more North American cities, ability to upload high-resolution photographs to places and apps.

For parental controls, Apple is making it easier for parents to monitor and control their children’s accounts. So with new iOS users especially parents will be able to set up new devices for a child, such as an iPad. Apple is also creating a new way for family members to share images. There will be a specialised library called iCloud Shared Photo Library where five members of the same family can exchange photos.

It will also include the ability to use Family Checklist to update parental control settings. The new ‘Safety Check’ feature in Apple’s iOS 16 is a welcome addition. This is intended to assist women who are in an abusive relationship and wish to terminate any shared access with their partner. According to the company, women or user will be able to disable location sharing, resets privacy settings, and secures their messages.

Other iOS 16 privacy additions include the option to approve screen time requests directly in Messages. The business also announced upgrades to Home, including a redesigned, easier-to-use Home interface. The company is also introducing support for Matter, a new smart-home standard. The My Home app has also been revamped to make controlling one’s Smart home easier.

Talking about the Car infotainment Apple at WWDC22 revealed upgrades to CarPlay, its automobile infotainment system interface. The CarPlay is said to include additional controls and widgets, although it won’t be available until late next year. The iPhone will interface with the car’s system, allowing users to view fuel information, among other things, directly from CarPlay.

Komila Singhhttp://www.gadgetbridge.com
Komila is one of the most spirited tech writers at Gadget Bridge. Always up for a new challenge, she is an expert at dissecting technology and getting to its core. She loves to tinker with new mobile phones, tablets and headphones.
Facebook
Twitter
WhatsApp
Linkedin
ReddIt
Email
Previous article
At a cost of Rs 52,999, the Xiaomi 12 Pro is a good buy: Here’s How to Get It
Next article
WWDC22 Highlights: WatchOS 9 will bring all of these capabilities to Apple Watch