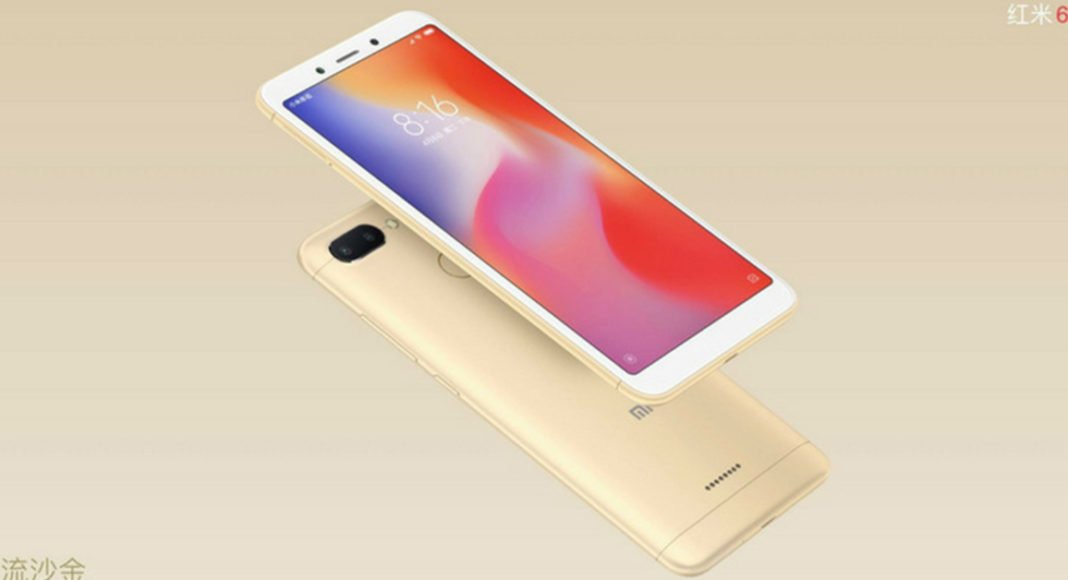 There were leaks and teasers flying about this phone and finally the Chinese maker has brought it to life. Called Xiaomi Redmi 6, the smartphone has been launched in China and integrates some new features that will be seen on upcoming Xiaomi smartphones (too) like the face unlock feature. Seems like Xiaomi is using AI in this device for various things ranging from the face unlock to it the cameras.

The event held on Tuesday showcased the Xiaomi Redmi 6 with a HD+ 5.45-inch touchscreen with a resolution of 720×1,440 pixels. The aspect ratio is set at 18:9 and 80.7 percent screen to body ratio is what this phone has. As for the cameras, the Xiaomi Redmi 6 has dual rear cameras that are stacked just like the ones found on the OnePlus 5T. These are powered by 12MP plus 5MP sensors and both sport 1.25 micron pixels with AI firmware. Spin the phone around and one will find that the company has placed a 5MP front snapper.

Under the hood Xiaomi has given this smartphone, not a Snapdragon, but a MediaTek Helio P22 octa-core CPU which has speeds up to 2.0GHz. The Xiaomi Redmi 6 is available in two variations. One with 3GB RAM and 32GB memory and other has 4GB RAM and 64 GB memory. This seems to be the usual norm for all budget smartphones these days.

Storage is expandable in the Xiaomi Redmi 6 and one can insert up to 256GB microSD card in this smartphone, over the already available memory inside. As for the battery life, while others in the category are giving more than 3,400 mAh, Xiaomi is still stuck on 3,000 mAh. Other features of the mobile phone include 4G LTE, Wi-Fi, GPS, micro USB, Bluetooth 4.2 and 3.5mm audio jack. Xiaomi Redmi 6 weighs 146 grams and runs Android Oreo 8.1 with its own MIUI skin on top.

The price of the Xiaomi Redmi 6 3GB RAM/32 GB storage variant has been kept at CNY 799 (that is approximately Rs 8,500) and the 4 GB RAM/64GB storage version has a price tag of CNY 999 (Rs 10,500 approximately). It will start selling in China on June 15, however there is no word of its launch in India. Nonetheless, going by the trend that this Chinese maker follows, they should bring the phone to our shores in a months’ time.