HomeCamerasSony launches the successor to the Alpha 9, Sony Alpha 9 II

Sony launches the successor to the Alpha 9, Sony Alpha 9 II

The Alpha 9II was released in India on December 5 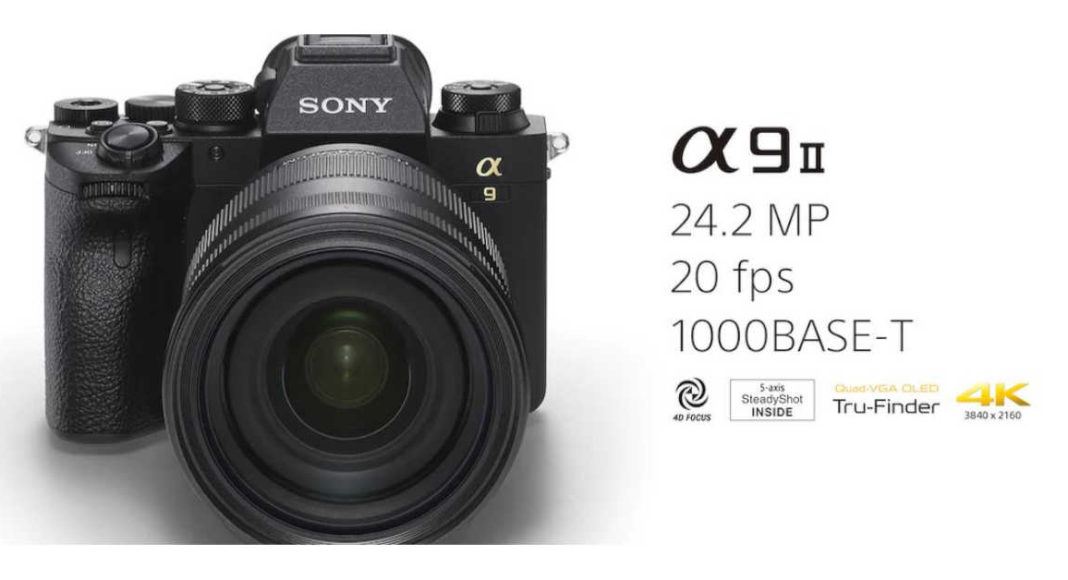 Sony announced the Alpha 9 II on December 5 in India. This model is the successor to Sony’s Alpha line-up’s Alpha 9. This camera is specifically designed for professionals in the field of photography who want greater control over their shots. The device is equipped with an inbuilt Ethernet terminal, which enables high-speed stable data transfers. The speed of the camera’s built-in LAN function has also been increased. Also, device users can use the Voice Memo feature to record audio with images as voice memos that can be replayed when images are being reviewed.

The new Alpha 9 II promises high-speed performance with blackout-free images. The camera functions while calculating Auto Focus and Auto Exposure at up to 60 times per second with Autofocus precision and performance at high precision. It comes equipped with the ability to click continuously and silently at 20fps, up to 239 compressed RAW images. The design of the camera has been changed to integrate new and upgraded dust and moisture resistance to meet the needs of professionals who click photographs in challenging conditions.

The device has native ISO of 100-51,200 with extended ISO of 50- 2,04,800. The Sony Alpha 9 II has a BionZ X image processor. The monitor is of-2.95 inches and the camera has a 24.2-megapixel 35 mm full-frame stacked CMOS sensor with integral memory. Over that, it has a 35 mm full-frame Exmor RS CMOS sensor with an anti-dust system. The features of the Alpha 9 II, which are updated from the Alpha 9 include enhanced connectivity, better continuous shooting with a mechanical shutter and optimised algorithms.

The Camera will be available at most Sony Centres and major electronic stores nationwide from December 5 onwards at a price of Rs 3,99,990.

Achuuth Karthickhttp://www.gadgetbridge.com
The youngest member of Team Gadget Bridge, he is knowledgable Intern and loves his laptop and mobile phone. He cannot stay without them. He loves to talk about new consumer gadgets and has a bright mind.
Facebook
Twitter
WhatsApp
Linkedin
ReddIt
Email
Previous articleNokia 2.3 smartphone launched, device makes AI accessible to all users
Next articleRealme XT 730G with Snapdragon 730G SoC to launch on December 17 in India