The mirrorless camera will start selling in November 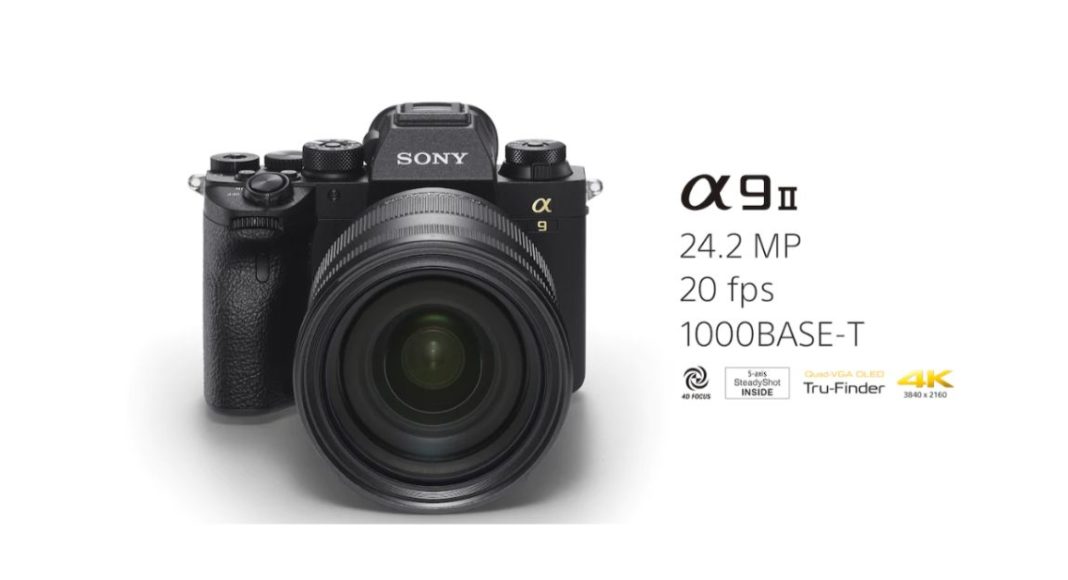 Sony A9 now has a successor. The electronics giant, Sony, announced the launch of its new mirrorless camera Sony A9 II full-frame mirrorless camera. The camera is the upgraded variant of the A9, which retains the 24.2-megapixel sensor, but now comes with a new Bionz X image processor with an enhanced autofocusing feature to power the device.

Sony A9 II full-frame mirrorless camera has been launched with enhanced features and improved AF capabilities. The latest camera maintains the 24.2-megapixel Exmor RS CMOS sensor, which we have already seen on its predecessor. With the power of Bionz X processor and AI technology, it offers the same shooting speeds 10 fps with the mechanical shutter and blackout-free shooting up to 20 fps with a buffer size that allows you to click 361 JPGs or 239 of Sony’s ‘compressed’ RAW files endlessly.

The device is also capable of calculating AF and auto-exposure at up to 60 times per second. The camera has retained the same 693 phase-detection AF points and 425 contrasts-detect points. Sony A9 II is appropriate for photographers who need a high-speed camera for shooting sports and other action photography. The Sony camera can record videos in 4K with an 8-bit resolution.

The Sony’s new mirrorless camera now comes with the company’s latest digital audio interface that will allow you to make use of its latest shotgun mic and XLR-K3M XLS adapter kit, while recording a video, for better audio quality. Over that, it has 5.5-stop in-body stabilization along with control layout enhanced dials, a touchscreen interface as well as improved dust and water-resistant body with a deeper grip.

In terms of connectivity, Sony A9 II has the support for an ethernet adapter for remote shooting, USB Type C 3.2 port along with 5 GHz WI-Fi support with 2.4GHz band, microphone/headphone jacks and HDMI. The device comes with the same Z-series battery and is well capable of shooting 500 or 690 shots without using EVF.

Sony A9 II full-frame mirrorless camera has been introduced with a price tag of $4,500 for the body only (approximately Rs 3,19,474) and will go on sale in November.