The smartphone is expected to be powered by Snapdragon 439 SoC 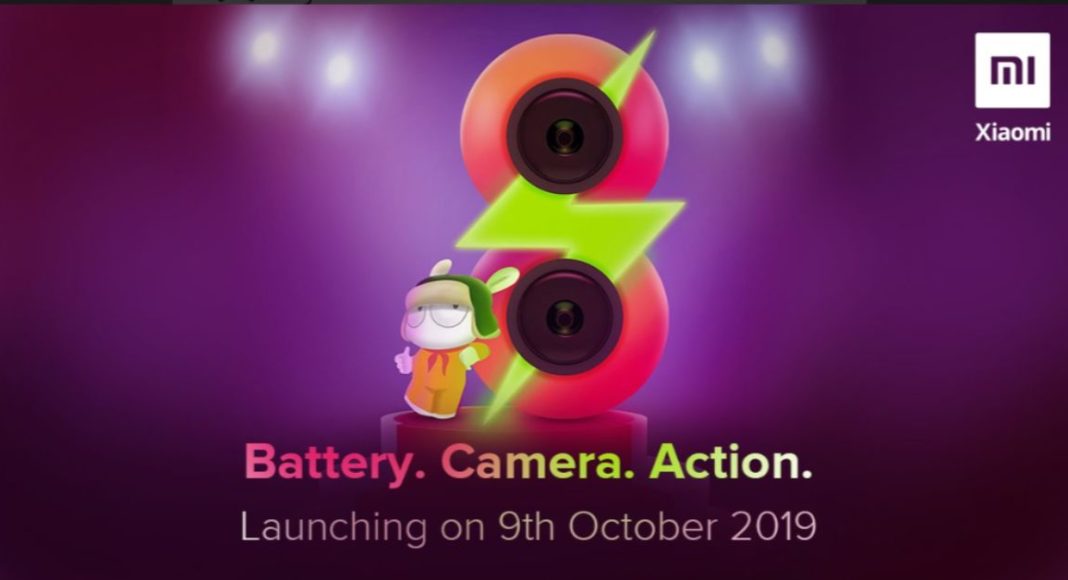 Xiaomi’s sub-brand Redmi is gearing up to launch another smartphone in India soon. Xiaomi India chief Manu Kumar Jain revealed via a tweet that its next device Redmi 8 will be unveiled in the country on October 9. Moreover, he also revealed that the phone packs a 4000mAh battery and will debut with enhanced camera quality. Apart from that, the smartphone has also been spotted on a Chinese telecom website that reveals the specification of the upcoming smartphone which bears model number M1908C3IC.

Xiomi India head Manu Kumar Jain took to Twitter to share the news that Redmi will introduce Redmi 8 on October 9 in India. The tweet also specified that the upcoming phone will arrive with a 4000mAh battery, better camera and a large storage. Mr. Jain also shared an image that also indicates that the phone will be featuring a dual rear camera set up.

Separately, Redmi 8 also gets listed on a Chinese telecom’s website that the device is expected to sport a 6.21-inch HD+ display with a waterdrop notch consisting of a selfie camera. According to the listing, the phone will be powered by Snapdragon 439 SoC processor. Redmi 8 is supposed to run on Android 9.0 Pie with MIUI 10 skinned on top.

As per the listing, Redmi 8 will be available in three colour options- Red, Green and Blue. It is expected to come with 4GB of RAM and 64GB of internal storage option. On the camera front, it will be sporting a dual rear camera set up that includes a 12-megapixel main sensor and a 2-megapixel depth sensor. On the front, there will be an 8-megapixel selfie camera. On the back panel, there will be a rear fingerprint sensor also.

Interestingly the China Telecom listing also revealed the pricing of the handset. According to the listing, Redmi 8 will come with a price tag of RBM 1,599 that translates to Rs 16,000. At the end, we would say all the mentioned specifications are speculated and we suggest you take it with a grain of salt.

Komila Singhhttp://www.gadgetbridge.com
Komila is one of the most spirited tech writers at Gadget Bridge. Always up for a new challenge, she is an expert at dissecting technology and getting to its core. She loves to tinker with new mobile phones, tablets and headphones.
Facebook
Twitter
WhatsApp
Linkedin
ReddIt
Email
Previous articleRealme’s European website teased specifications of Realme X2 Pro, Snapdragon 855+ SoC confirmed
Next articleAsus ROG Phone 2 with 6000mAh battery is back on pre-order on Flipkart: Pricing and specifications details