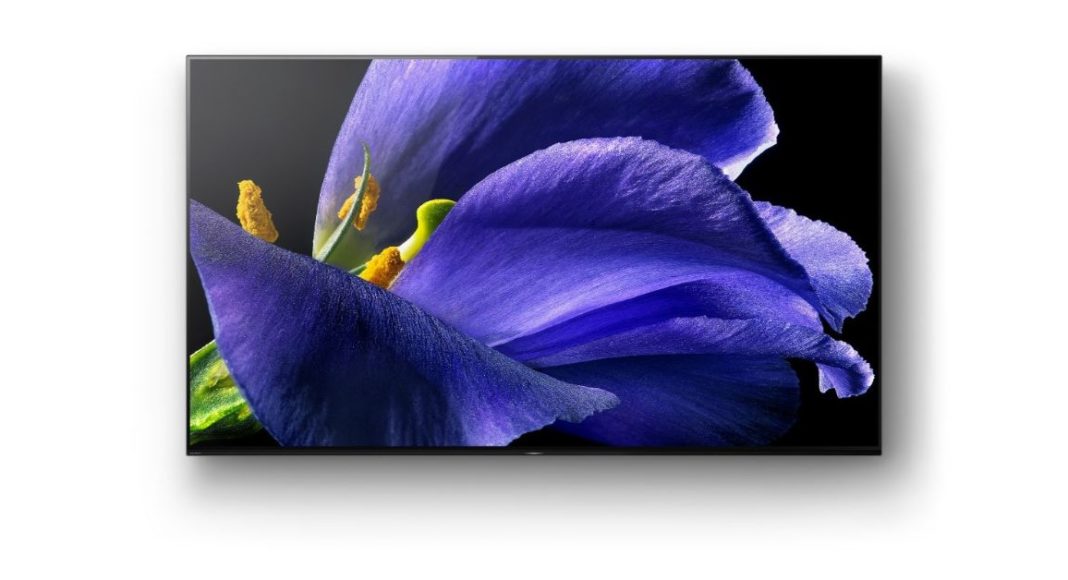 Sony has today launched its new Master Series A9G 4K HDR OLED televisions in India. According to the company, newly launched Sony MASTER series represents the pinnacle of picture quality and provides exceptional colour, contrast, and clarity to the level of a professional-grade monitor. Here’s a look at all the features of Sony’s newly launched TV:

Sony’s Master Series A9G is the company’s new flagship 4K HDR OLED TV. The new offering is available in 139 cm (55) and 164 cm (65) variants. The company has said that more than 8 million self-illuminating pixels are precisely and individually controlled by Picture Processor X1 Ultimate in the device. In addition to the processor, Sony‘s A9G has Pixel Contrast Booster that ensures enhanced colour and contrast in bright areas. The company has also added that the processor used in the offering is very versatile and scales up SD (Standard Definition) and HD (High Definition) content to near 4K picture quality.

In Sony’s Master series A9G, the sound comes directly from the screen of the television. The sound-from-picture reality technology in the television reproduces the position of the sound on the screen. With this, when actors on the screen start speaking, the sound seems to come from them and not from a speaker at the bottom of the screen. Acoustic Surface Audio+ comes with two actuators and two powerful subwoofers and it is touted to deliver multi-dimensional sound. Besides this, a TV Centre Speaker Mode is also present on the TV that provides the choice to use the device as the centre speaker when using it as a home theatre system.

The new A9G TV by Sony combines the brilliance of 4K clarity with the brightness, colour, and detail of High Dynamic Range (HDR). The television comes with a picture mode called ‘NETFLIX Calibrated Mode’ that is developed so that users can enjoy Netflix Originals. According to the company, the Netflix mode reproduces the same picture quality on the TV as the creators intended. In addition to this, the television also comes with Dolby Vision and Dolby Atmos. The TV also has an eARC HDMI input to connect and enjoy Dolby Atmos content on supported audio devices.

Sony’s A9G OLED is an Android TV by the company that has support for a huge range of Google Play apps, including YouTube, Netflix, Amazon Video, Hotstar, ALT Balaji, Zee5, Sony LIV and others. In addition to this, it also comes with a built-in Google Assistant. The built-in microphones on the TV will make the experience a wireless one for the viewers. They would be able to talk to the TV using the Google Assistant to search for what they want or to instruct it for playing TV shows, movies, and more without using the TV remote. It is also worth adding that the TV can also work with smart speakers like Google Home or Amazon Echo. Sony Android TVs will be compatible with Apple AirPlay 2 and HomeKit.

Sony’s A9G is very slim in depth and when it is hung on a wall using the new SU-WL850 mount system, it will fit around half the distance of its predecessor. According to Sony, the TV has been designed to appear as though it is floating on the wall. It is also worth mentioning that the new wall mount has a swivel functionality and it will come at no extra cost to the customers. 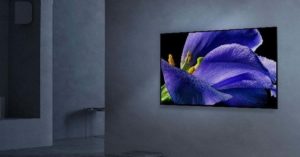 Sony has launched another A8G series in its BRAVIA OLED 4K TV range today, which is available in 65 and 55-inch screen sizes. The television is claimed to offer significantly enriched visual experience that comes with unprecedented blacks, rich colours, and a wide viewing angle. The TV comes with 4K HDR Processor X1TM Extreme that is said to provide the ultimate 4K HDR viewing experience as it is supported by technologies like Object-based HDR remaster, Super Bit Mapping 4K HDR and Dual database processing. The Android TV also supports Acoustic Surface Audio, Sound-from-Picture Reality, and comes with a built-in Google Assistant.