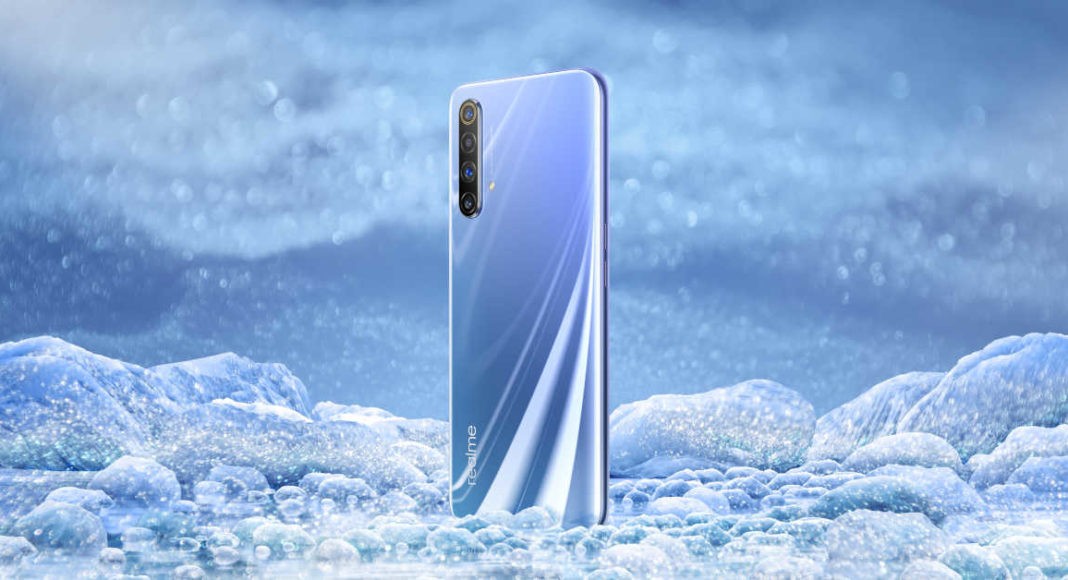 The Realme X50 5G will be launched soon on January 7 2020. Rumours speculate that the company may lift the curtain off the Realme X50 Youth edition too. The China-based firm has now revealed to the world, the rear design of the upcoming Realme X50 5G through the account of Realme India’s CEO Madhav Sheth.

Madhav Sheth shared images of the rear of the Realme X50 5G, which has a gradient colour design. The phone has a vertical camera setup and looks similar to the Realme X2. General speculations by industry experts suggest that the phone comes with a 64MP primary sensor and an ultra-wide lens.

The images show that the fingerprint scanner of the device is placed under the power button of the Realme X50 5G on the right side. The Realme X50 5G will be the first device produced by the company with a dual front camera feature. The device is speculated to have a 6.6-inch display with front cameras of 32MP and 8MP making the setup. The images let us know that the volume controls will be on the left profile of the phone.

Rumours suggest that the Realme X50 5G will be powered by a Snapdragon 765 processor. However not much of the specifications of the phone like the battery, RAM and storage are revealed, we will have to wait till Tuesday to get complete details of the new smartphone by Realme.

The availability of the 5G variant of the phone in India is however doubtful, as the country is not equipped to support 5G smartphones. India may possibly see the 4G variant of this device. The phone is expected to come supporting VOOC 4.0 Flash Charge technology which can get a smartphone charged quicker than regular chargers.

Other rumours based on previous leaks tell us that the Realme X50 5G will have an Octa-Core CPU with 8GB RAM and 256GB internal storage. The leaks about the camera setup have us believe that the phone will have a primary sensor of 64MP, a 13MP telephoto lens, a 8MP wide-angle lens and a 2MP macro lens. It is also speculated that the battery of the phone will have a 4,500 mAh battery with support for VOOC fast charge technology. The smartphone is expected to come in three variants of 6GB RAM with 128GB internal storage,8GB RAM with 128GB storage and a third version having 8GB RAM and 256GB storage.

Achuuth Karthickhttp://www.gadgetbridge.com
The youngest member of Team Gadget Bridge, he is knowledgable Intern and loves his laptop and mobile phone. He cannot stay without them. He loves to talk about new consumer gadgets and has a bright mind.
Facebook
Twitter
WhatsApp
Linkedin
ReddIt
Email
Previous article
Xiaomi, Oppo and Vivo to soon go global with the P2P file transfer feature
Next article
Samsung announces the latest additions to the Galaxy S and Galaxy Note series: The Galaxy S10 Lite and Galaxy Note10 Lite