HomeMobilesVivo S1 Pro to launch in India tomorrow: All details inside

Vivo S1 Pro to launch in India tomorrow: All details inside 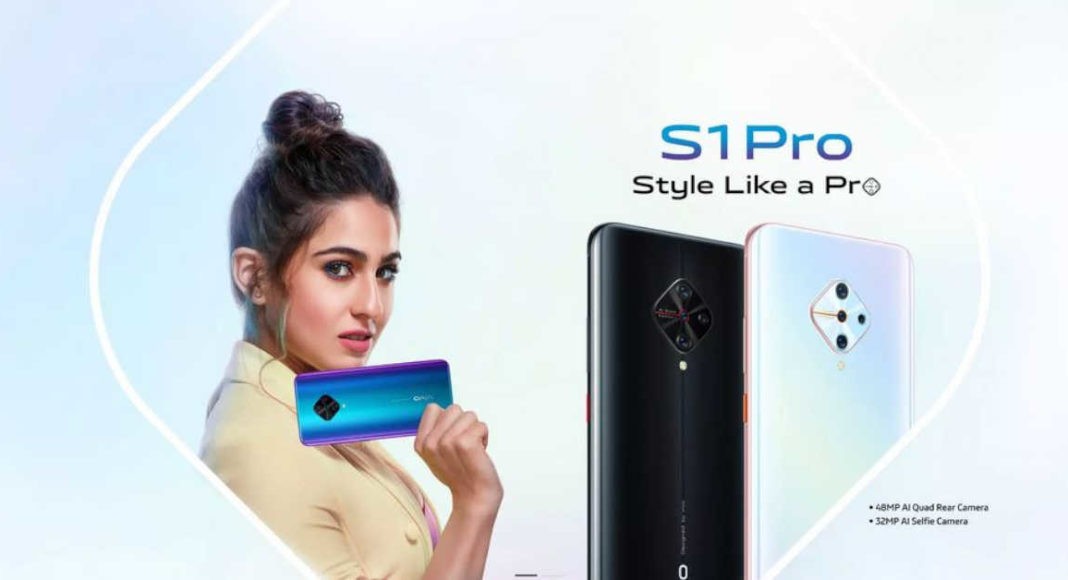 Vivo is prepped and ready for the launch of the Vivo S1 Pro in India tomorrow. Thanks to the series of teasers by the company, we know definitely that the Vivo S1 Pro comes with a diamond-shaped quad camera set up. The company has revealed that the phone’s primary sensor will be of 48MP while the front camera will be of 32MP. Thanks to the teasers, we know that the phone will be available in three colours.

Vivo India’s official website gives us information about the camera setup. Apart from the 48MP primary sensor, the phone will come equipped with a wide-angle snapper and a macro camera. The website also tells us that the 32MP front camera will be placed inside a waterdrop notch. While more information about the phone is still being speculated on, we can tell some of the phone’s features because of its earlier launch in the Philippines.

Talking about the specifications of the phone, The Vivo S1 Pro is expected to have a 6.39-inch full HD+ AMOLED display with a waterdrop notch on it. The phone is run by Qualcomm Snapdragon 665 Octa-core processor and gives 8GB RAM and 128GB internal storage. The phone will most likely run Android Pie 9 with FunTouch OS.

As said, the rear setup consists of 4 cameras housed in a diamond-shaped setup. This setup consists of a 48MP primary sensor, with an 8MP wide-angle sensor, and two 2MP camera sensors as its macro camera and portrait lens. The cameras come with support for a variety of functions like HDR and palm capture. The device possesses a 4,500 mAh battery which may or may not support fast charging.

We will know the actual pricing and all the missing or changed specs tomorrow after the launch.

Achuuth Karthickhttp://www.gadgetbridge.com
The youngest member of Team Gadget Bridge, he is knowledgable Intern and loves his laptop and mobile phone. He cannot stay without them. He loves to talk about new consumer gadgets and has a bright mind.
Facebook
Twitter
WhatsApp
Linkedin
ReddIt
Email
Previous articleGoogle restricts Xiaomi camera access to Google Nest Hub indefinitely
Next articleXiaomi, Oppo and Vivo to soon go global with the P2P file transfer feature