Is the iPhone 12 the best smartphone for gaming?

This is a question we all have been asking. 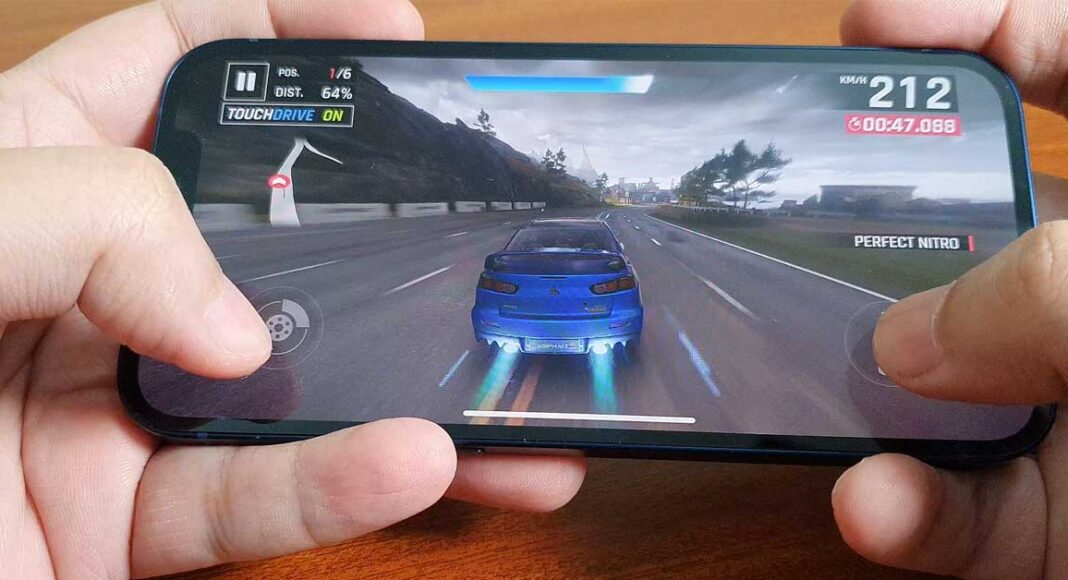 Apple has always been at the forefront of innovations in the smartphone market, ever since it released the original iPhone in 2007. That trend looks set to continue, with the iPhone 12 already making waves after its October release. The 14th generation of iPhone has undergone a few notable upgrades in its specifications, meaning that its gaming capabilities are much higher than its predecessors. For this reason, the 2020 offering could be set to once again change the face of the smartphone industry. Indeed, it could bring about a major shift in the way people play mobile games.

Buyers of the iPhone 12 can choose between the standard iPhone storage options of 64 GB, 128 GB, and 256 GB. The new phones use the six-core Apple A14 Bionic processor, which is the brand new version of the central processing unit. The company claims that this runs up to 40 percent faster than the A12 version and 13 percent faster than the A14’s predecessor, the A13. It contains a next-generation neural engine, two Firestorm cores for high performance, and four Icestorm cores that are energy efficient. These enhanced specifications will vastly improve the smartphone’s capabilities.

In addition to performance, the display will be crisper and clearer than ever before. It uses Super Retina XDR OLED technology, a higher quality option that has been talked up for some time. In terms of resolution, the iPhone 12 offers 2532×1170 pixels with 460 ppi pixel density. One aspect that may be appealing to gamers who are at risk of dropping the phone on a regular basis is the Ceramic Shield. This glass-ceramic covering that was developed in collaboration with Corning Inc. makes the iPhone 12 tougher than any other smartphone and four times more likely to survive a drop.

What Does This Mean For the Gaming Market?

There is no doubt that the advanced specifications on Apple’s latest device will have a huge impact on the mobile gaming industry. In the early days of smartphones, simple, pick-up-and-play offerings reigned supreme because they loaded quickly and didn’t require state-of-the-art technology to work. But now that phones are capable of so much more, this could be set to change.

Of course, some games will still enjoy massive playing figures on the mobile screen. Casino titles, for instance, entered the latest phase of their evolution on mobile and this is now the preferred platform for online casino players. Some of the top Vegas online slots, such as Book of Dead, Monopoly Big Event, and Spartacus: Gladiator of Rome look much better when played from the smaller screen as the picture quality is more refined. Developers create new slots with mobile players in mind, and portable devices are one of their main considerations.

One of the most notable things about the iPhone 12 is its ability to play console-level games. Anyone who purchases the iPhone 12 series will be granted three months of access to Apple’s online gaming platform and Google Stadia rival, Apple Arcade. Because mobile players will now be able to play advanced games like Team Sonic Racing, The Pathless, and Dread Nautical, other mobile developers may look into how they can also offer a more advanced game library.

There is no denying that the iPhone 12 has some seriously powerful capabilities and could be about to change the mobile gaming scene. The biggest development could be the introduction of Apple Arcade, which will bring a console-style gaming experience to the portable phone.