Is Amazon Echo Show 5 the right gadget for you? Find out! 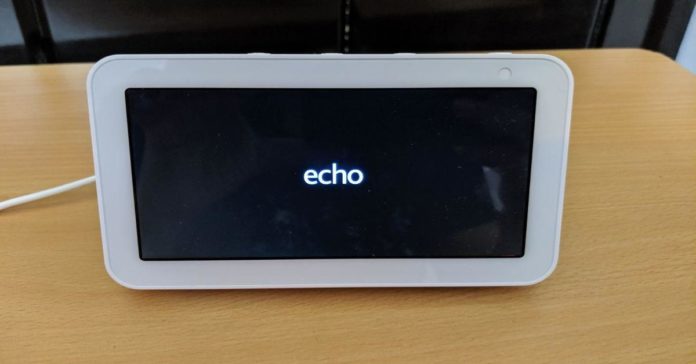 After seeing success with Amazon Echo Show and the second generation of Echo Show, the company recently launched a more affordable version of the smart display speaker: Amazon Echo Show 5. Priced at Rs 8,999, the device comes with a 5.5-inch screen and has support for Alexa, Amazon’s digital assistant. While this sounds like a great deal on paper, we spent a few days with the smart device to know what its pros and cons are. Read the rest of our review to find out more:

In terms of the design, the Amazon Echo Show 5’s design is a lot like the 10-inch smart display speaker that we have seen from the company. However, the 5.5-inch screen of the device is similar to work on as that of a smartphone. But the similarity is limited to the size. Since the resolution of the display of Amazon Echo Show 5 is 960X480, some may feel that it doesn’t match up to the screen of their handset. The front of the smart display speaker is dominated by the display that is outlined by white-coloured edges on all four sides. 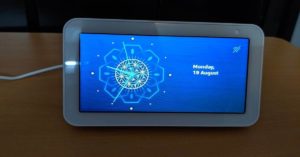 A selfie camera placed on the top of the screen can be covered using a shutter. We really appreciate this as people have often cited privacy concerns when it comes to keeping smart display speakers with cameras in their living rooms or bed rooms. The ability to keep the selfie camera closed certainly caters to that lot. The top edge of the device comes with physical volume buttons and a key to mute Alexa. It also has the physical slide to hide the selfie camera of the smart display speaker.

On the back, the device has a power port. We should mention that much like all other Amazon Echo speakers, the Echo Show 5 needs to be plugged in at all times in order to work. Amazon Echo Show 5 also has support for a micro USB port and a 3.5 mm headphone jack. 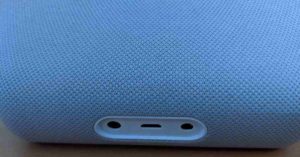 The device is White in colour and its speakers at the back are dressed in Silver. Another version of it is available in Black too. It’s light in weight and compact. For those who found the previous Amazon Echo devices too big for their bedside tables, the Echo Show 5 is the solution. However, if you are one amongst those who like to watch a lot of video content, the screen may not be big enough for you.

We overall liked the design of Amazon Echo Show 5. It is very much in-line with other devices in the Amazon Echo family and the smart display speaker doesn’t occupy too much space where it is kept.

The key differentiating factor of the Amazon Echo Show 5 is its display size. Since the size of the screen has been reduced as compared to other devices in the range, you will see that the Echo Show 5 showcases lesser information than others. But before we talk further about the performance, we should tell you how to get started. You would have to download the Amazon Alexa app on your smartphone, which is available on Google Play Store as well as Apple’s App Store. Once you install the app, you would be able to connect your device to your handset and using the app; you can add new skills, create routines and integrate other devices from Amazon too. 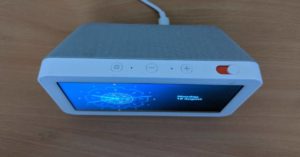 Coming back to the performance, we should mention that the navigation is not as seamless as it is in other Amazon devices. For instance, since there are no physical home button, going back to Home Screen means always pulling down the Menu from the top of the screen to press on the shortcut. In addition to this, we should also mention that even Alexa does not have the ability to go to certain menus in Amazon Echo Show 5.

Having said that, Alexa does offer very prompt responses to queries it does have support for. Most of our commands got a good response from the digital assistant. A visual element also appears on screen each time Alexa answers a query and this is something we really liked.

There is a wide variety of things that you can ask Alexa to do. We at times asked Alexa how much time it will take for us to reach a certain spot in town, made it do calculations, asked it for daily updates and more. You can simply say, “Alexa, what all can you do?” The digital assistant will then show you a list of commands that you can use with it.

Routines is one of the prominent features of Amazon Echo Show 5. With this, you can connect the smart display speaker to other smart home devices in the house. However, we could not try this out ourselves.

We should also mention that it will be a big plus if you have subscribed to other services by Amazon like Amazon Prime. As of now, the ecosystem that the smart display speaker has is limited as compared to the one that is available on Google’s devices. So, a number of popular apps like YouTube are not available on Amazon Echo Show 5. This makes it important for any user of the device to have subscription for other Amazon services too.

Moving on, the device offers 1.65 x 4W of sound output. While the volume cannot go extremely loud, we should mention that it remains consistently clear. The users also have the option of adjusting the level of bass, mids and trebles via the Alexa app. It is decent overall.

At Rs 8,999, the Amazon Echo Show 5 is certainly a good buy. Although, as we have mentioned earlier, it is not as seamless as other smart display speakers in the Amazon range, it is far more affordable than them too. The idea of having a compact smart speaker with a display and a digital assistant has its own advantages. While the screen quality and the functions that Alexa can perform on Amazon Echo Show 5 don’t match up to that of the bigger Echo Show, the latter is far more expensive. At the given price range, Amazon Echo Show 5 will not disappoint you.