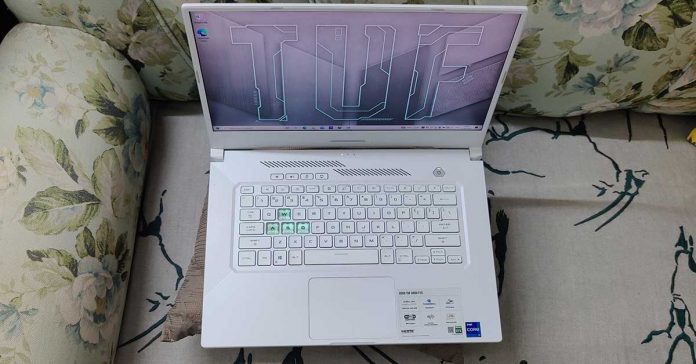 We are sure the engineers and designers at Asus are locked in a room to bring out the best of both worlds. Asus TUF Dash F15 gaming laptop is a very good-looking device, which every gamer would love to own. We got our hands on the white version of the laptop and even though it can catch those dark ugly smudges, we could not stop drooling over it. 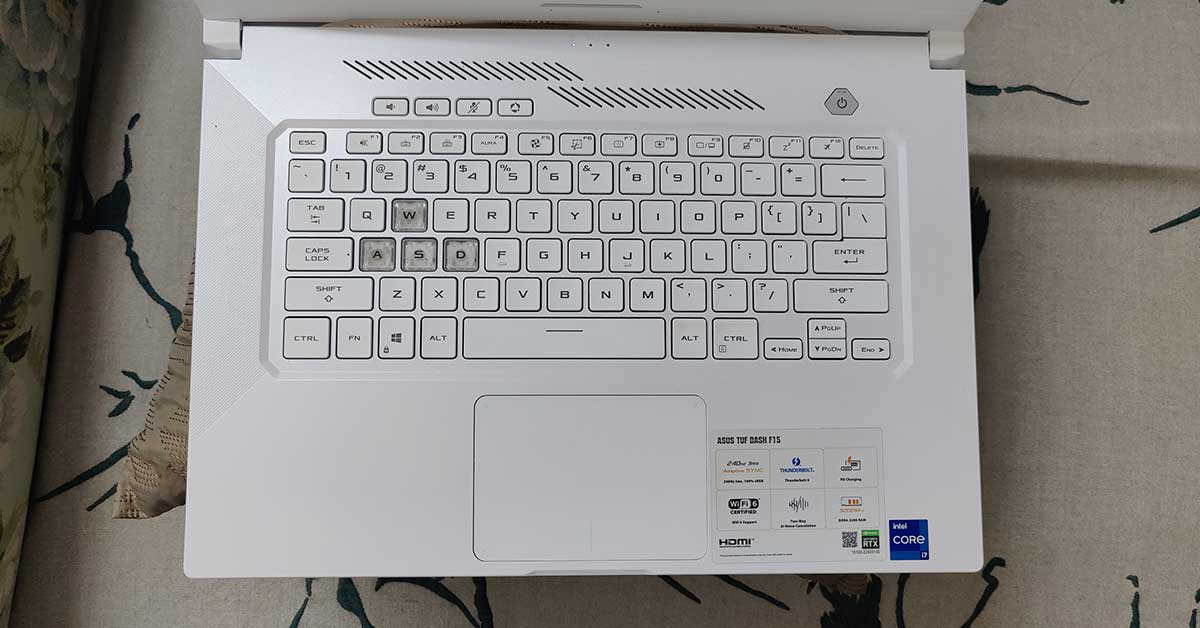 Upfront you get an ultra-thin 15.6-inch anti-glare display with a 240Hz refresh rate. It supports full-HD graphics, too. The lower part has a large keyboard without NUMPAD. Here the WASD keys are transparent which the FPS gamers would love. The keyboard is backlit and has a couple of extra multimedia keys along with the diamond-shaped power button on top. The trackpad is also decently large and does not come in the way when typing. 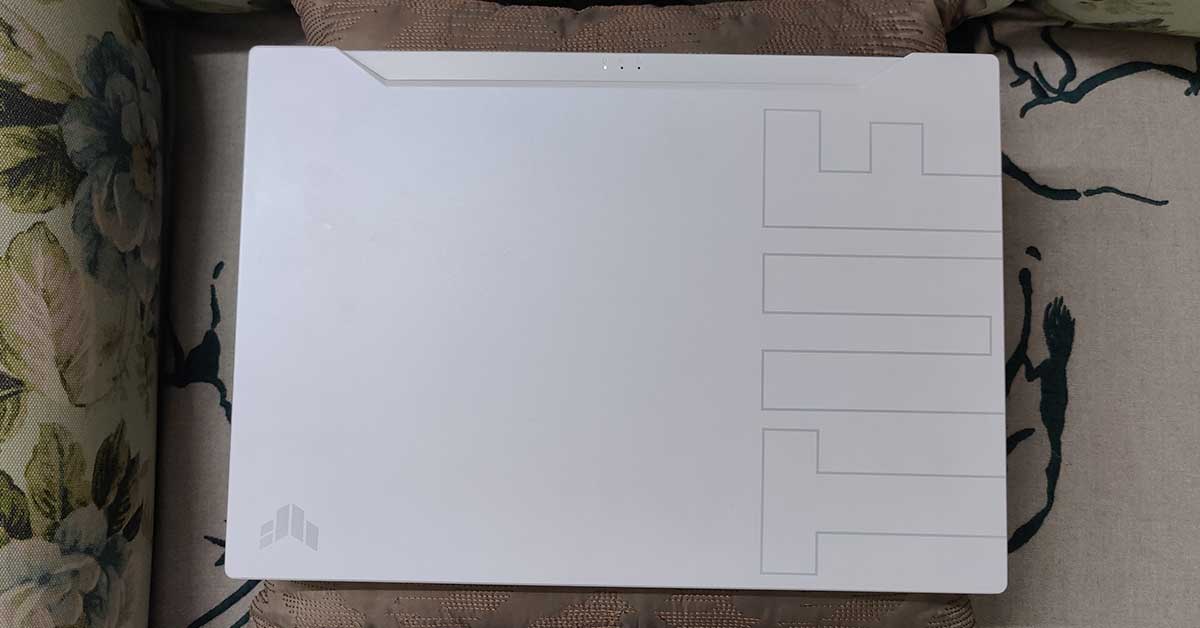 The top of the lid has the large TUF branding in a matte white finish with grey lines. The right side of the Asus TUF Dash F15 gaming laptop has two USB 3.2 ports, while the left side has another USB port, one 3.5mm audio jack, one HDMI, Ethernet and one thunderbolt port. The power input is also placed here. An array of microphones can also be found on the laptop, however, there is no webcam on the device. So that sums up the design, now let’s move on. 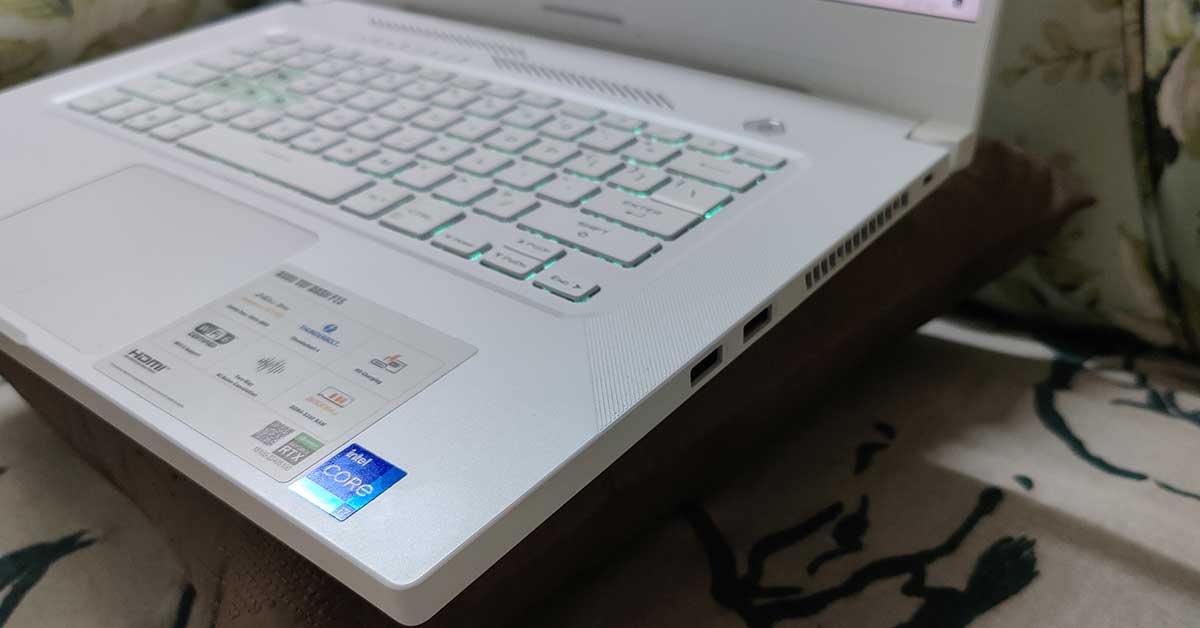 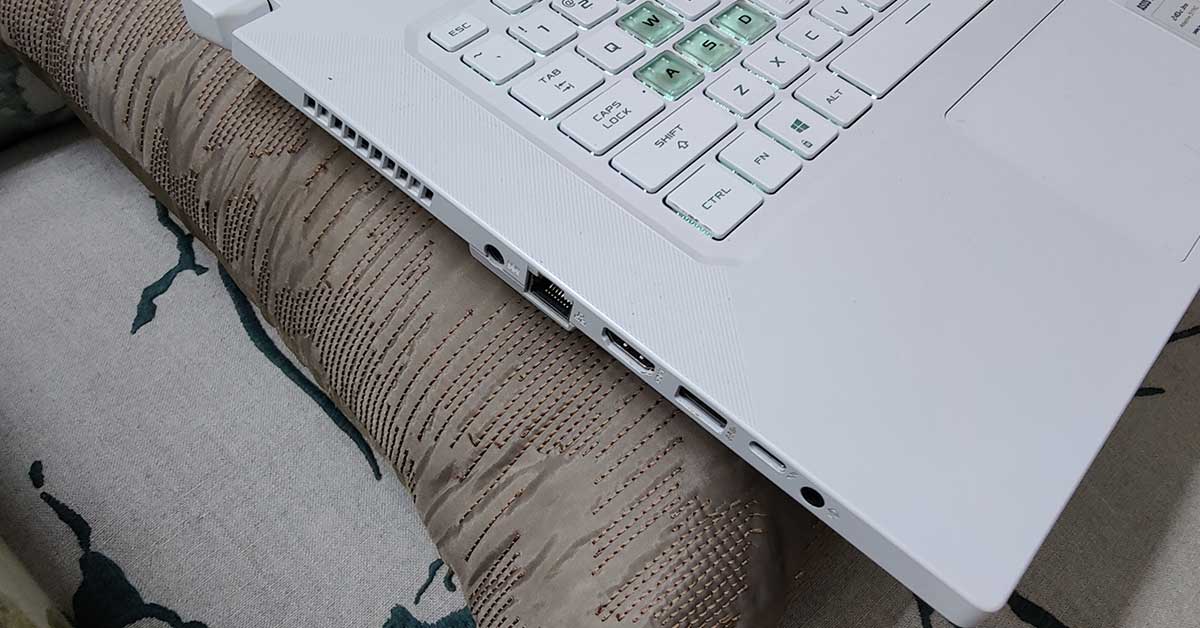 The display is by far one of the best we have seen on an Asus laptop. The brightness is great and games like DOTA 2 or CS: Go can be played with ease at 120+ frames per second. We watched a lot of movies on the Asus TUF Dash F15 gaming laptop, plus some Netflix shows in HD and the laptop did not disappoint us. The sound compliments the screen, but we wanted a little more thump from it.

Let’s quickly talk about the tech specifications first. The Asus TUF Dash F15 gaming laptop we reviewed had the Intel Core i7 version that supports 3.3 GHz. But this is just a quad core CPU, which is not super best for high-end gaming, but does get the job done on medium to high settings with the NVIDIA 3070RTX GPU for most games. 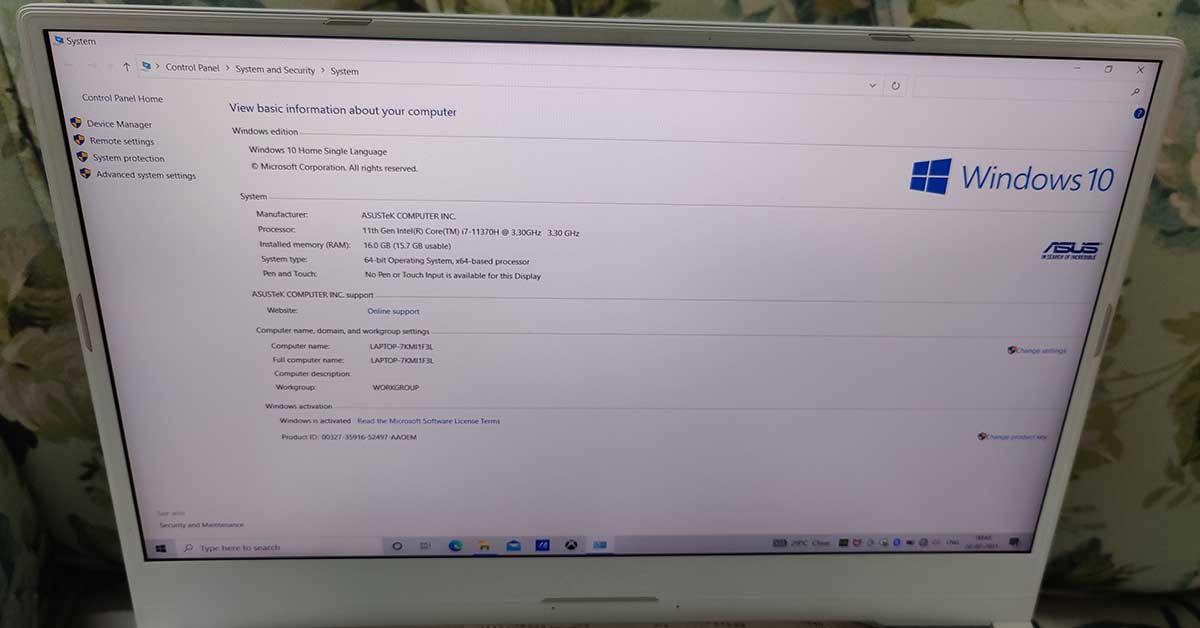 The above is coupled with 16GB RAM, 8GB of which is soldered on the motherboard and 8GB is removable. Most super-thin gaming laptops (this one is 19.9mm thin) like these come with soldered RAM, which has its own pros and cons. Pro is the thinness of the notebook and the con is if it gets ruined, you need to replace the motherboard. Users also get 1TB NVMe PCIe 3.0 SSD. Windows 10 Home is the native OS on the Asus TUF Dash F15 gaming laptop. We would have appreciated the Pro version.

The laptop also has Wi-Fi 6 and Bluetooth 5.1. Overall, the laptop performed really well and we loved working on it. It does get hot rather quickly when gaming, but the system fans do a good job of keeping it cool. But for prolonged gaming, you would need to keep the AC in the room turned on.

Moving to its battery life, the Asus TUF Dash F15 gaming laptop lasts for Over 12.5 hours when watching FHD movies or YouTube videos. But it drops down considerably when you are gaming. This is why it is recommended to keep the charger connected when you are slaying your enemies on screen. Also, that will kick in the discreet GPU unit. The laptop supports fast charging too. It can charge up to 50% in 30 minutes.

There is less bloatware on the system and most of the apps can be easily removed. The armoury crate app is also there to manage the preferred system and game settings. Asus emphasizes that the laptop has military-grade toughness, though we did not test it, it did look quite rugged. The weight of the machine is around 2Kg, which is not bad for the latest chipsets driven Asus TUF Dash F15 gaming laptop. The price of this laptop is 1,28,990 upwards. So if you can afford it and do not mind the extra AC bill, then go for it.