Today we are reviewing the Asus Zenbook 14X Space Edition laptop, lets's find out everything about it. 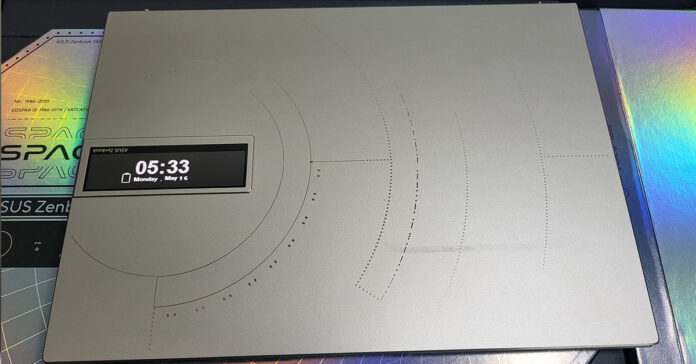 Many do not know but it has been 25 years since Asus sent its laptop to space. On the silver jubilee of the occasion, Asus launched a special laptop just for it. Called the Asus Zenbook 14X Space Edition this is a unique laptop with killer features. We got to play around with the laptop for quite some time and this is the Asus Zenbook 14X Space Edition laptop review you need to read before you purchase it.

Everything from the packaging to the laptop itself spells out unique and fresh. Packed inside a dark black box you get a silver hard box containing this marvel of a laptop, we had a lot of fun unboxing it and going over its exclusive features. As soon as you unbox the device you are greeted by a titanium silver laptop in the form of Asus Zenbook 14X Space Edition. On its lid you will find a lot of things including a fresh space derived design, Morse Code: Ad Astra Per Aspera and the unique to its class – a 3.5-inch single colour OLED display. 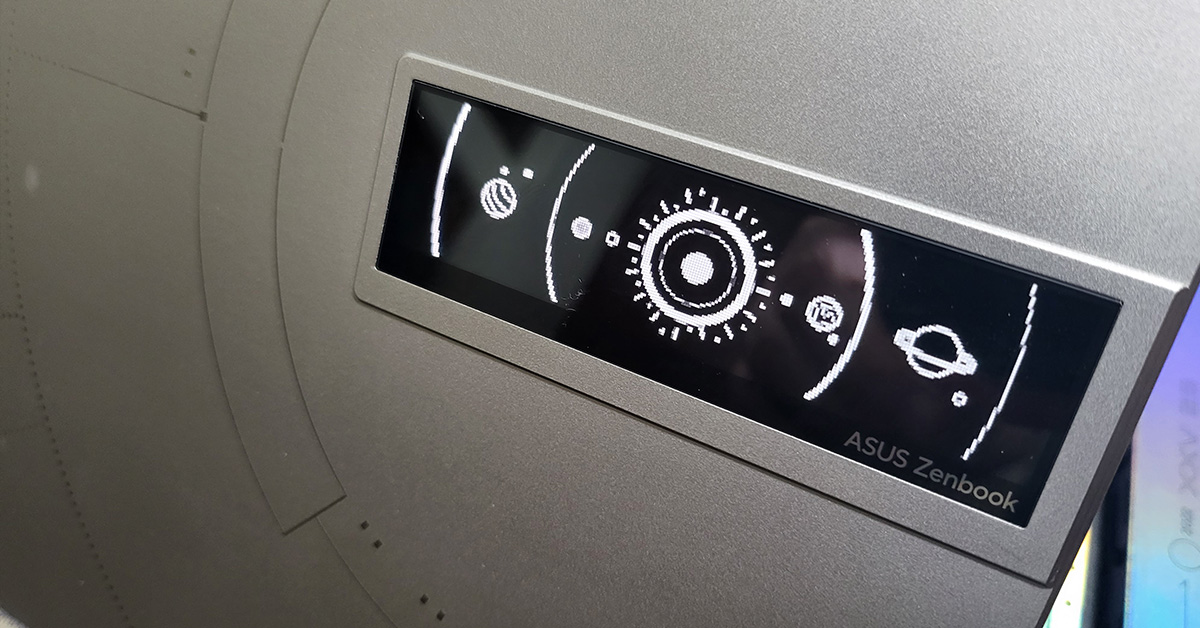 This display can be managed via the MyAsus App that comes pre-loaded on the laptop and can play many pre-put apps, or one can load their own identity as well in the form of text or animation. Yes, in case any of you are wondering, you can turn off this screen also to save battery. We liked the idea of having a second screen on the LID as that can run advertisements we want the people on the other side to see. Think of it this way, it is a free billboard advertisement for people to see when you are sitting at the airport waiting for your plane. Also, the brightness of this second display can be controlled to up to 3 levels. 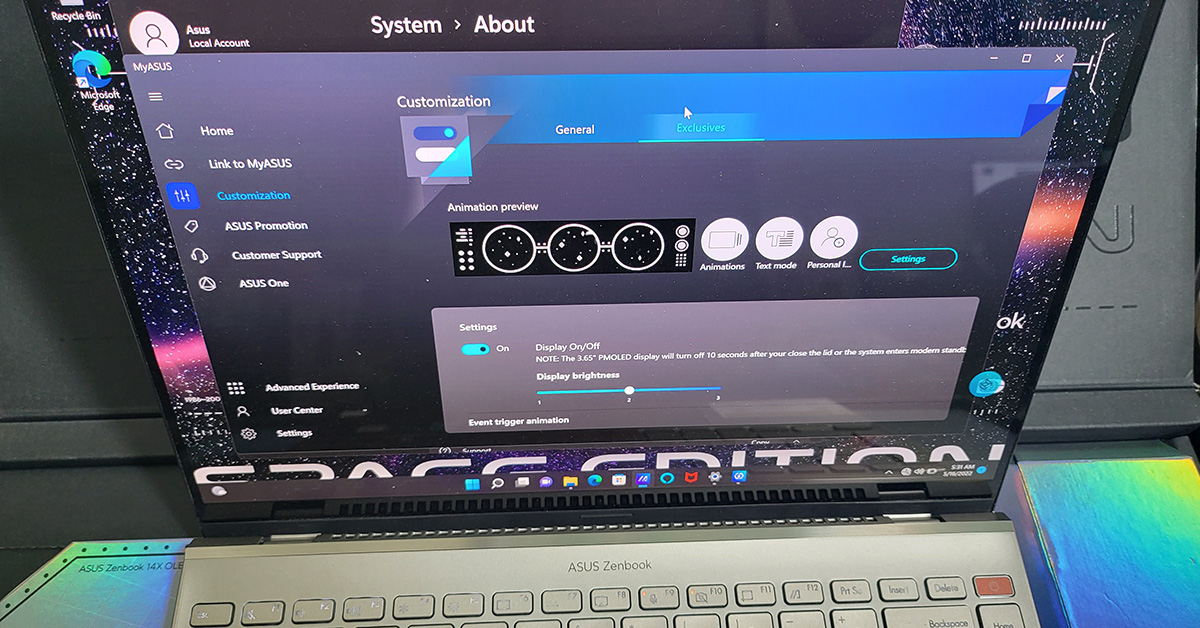 Moving on, inside you get a 14-inch OLED touchscreen that has a resolution of FHD+ (2,880×1,800 pixels) with a 16:10 aspect ratio. The display is excellent and you get to see vivid colours and super deep blacks on it. We loved our experience with the touch display of the Asus Zenbook 14X Space Edition laptop. It responds well to the lightest of taps and one can watch and enjoy just about anything on it. The only thing that we were not in awe of was the glossiness, but since it is a touchscreen it has to be glossy.

Moreover, the screen is not a fingerprint magnet, it does get a few smudges here and there, but a quick wipe gets rid of them easily. We played a lot of YouTube videos, Netflix Shows and Prime Movies on this laptop and it kept impressing us. 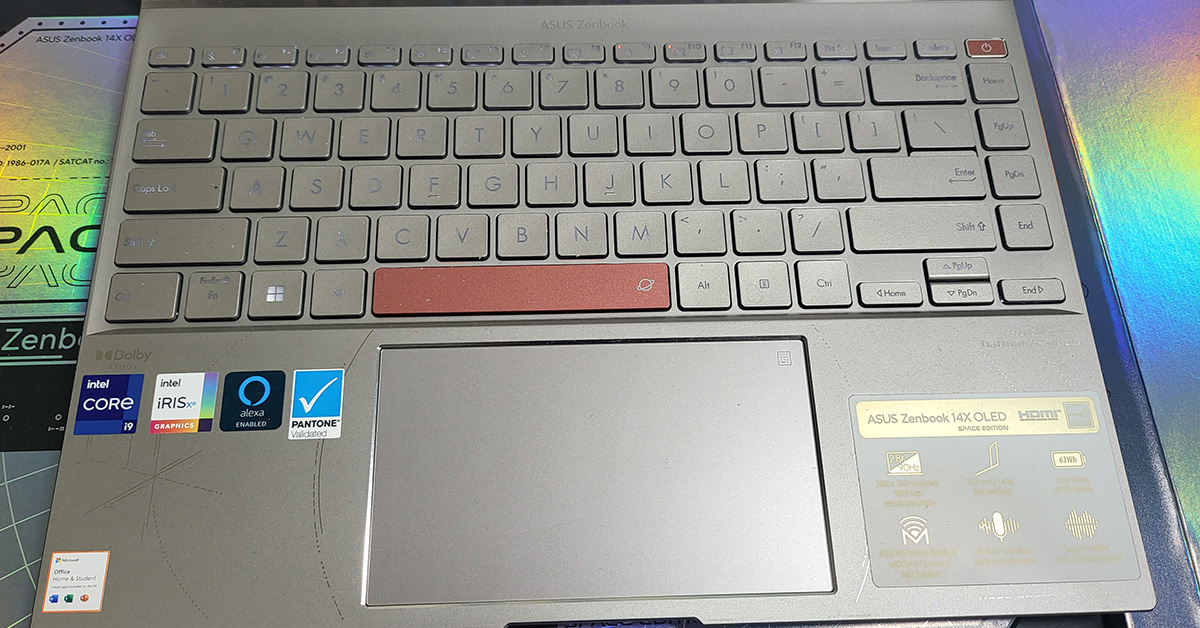 Talking more about the design, the Asus Zenbook 14X Space Edition laptop comes with a fairly large dish-type backlit keyboard. This has a fully functional multimedia setup on top and the power button is dressed in space red. The power button also doubles up as the fingerprint reader, which works well on most counts. A hint of the same red can be found on the space key too, after all, it is the “Space Edition”. 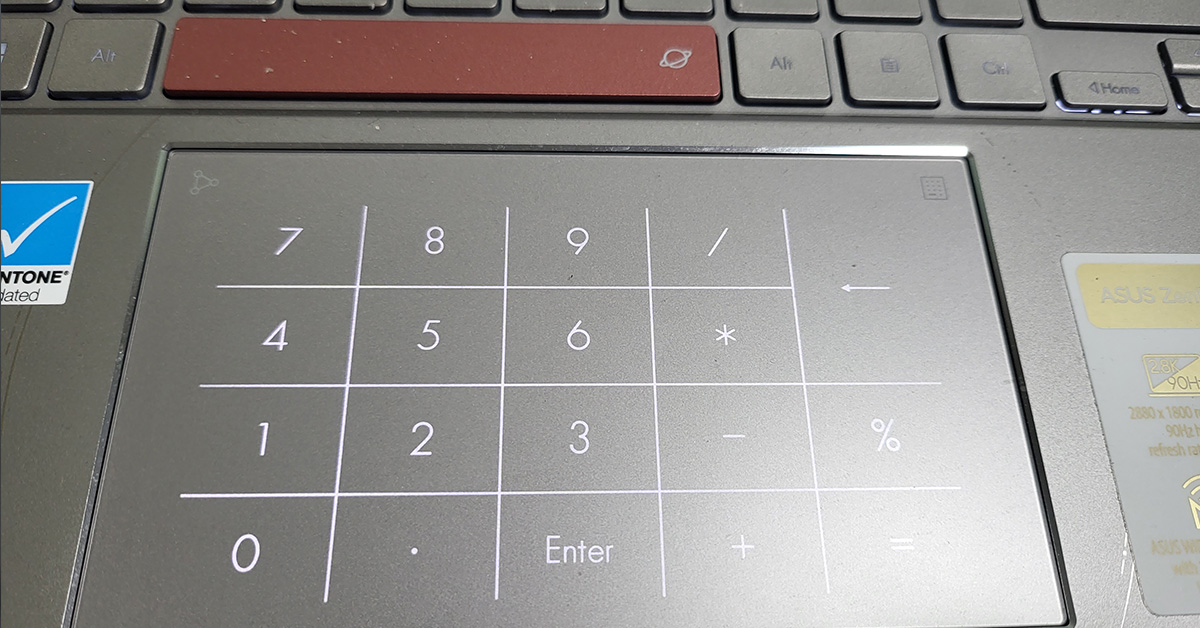 Under the keyboard is a large touchpad that also doubles up as the Numpad, similar to as seen on many other Zenbooks before this laptop. The same space design can be seen on the inside panels too. There is an HD webcam embedded within the Asus Zenbook 14X Space Edition laptop. A feature that is attached to this webcam is that is an advanced privacy shield that comes in electronically. Press the F10 button on the laptop and the orange shield will hide the web camera. 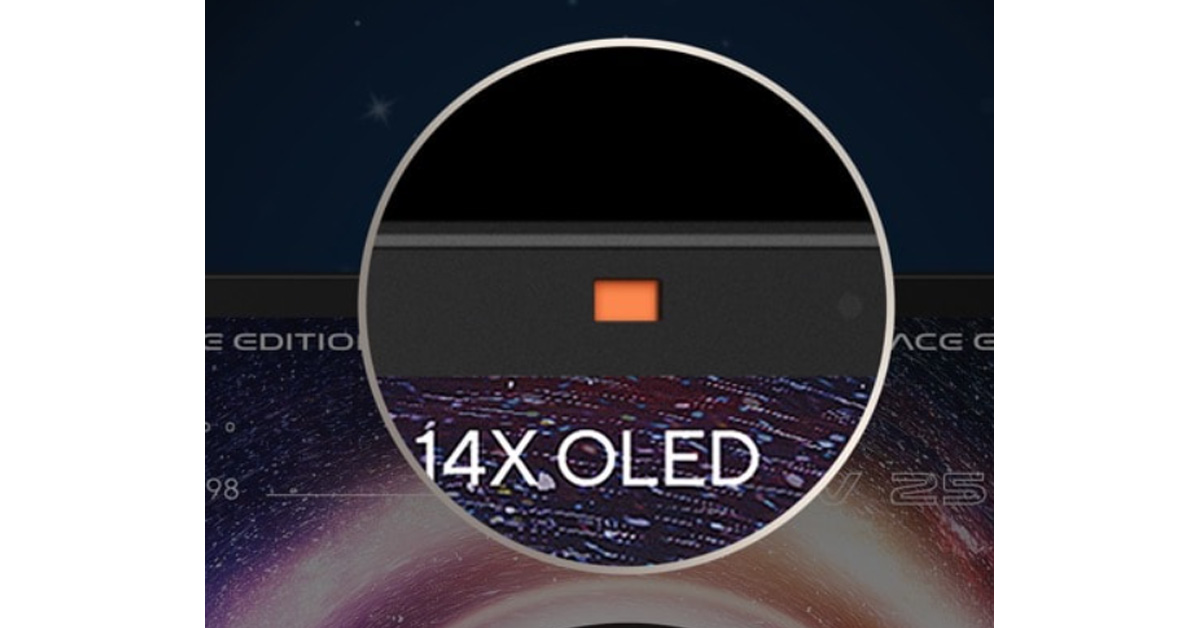 The Asus Zenbook 14X Space Edition laptop comes with a few ports, too. You get USB, Audio ports along with a microSD card reader on the right. And on the left, you will find the HDMI and twin thunderbolt USB/Type-C ports. The overall weight of the Asus Zenbook 14X Space Edition laptop is under 1.4Kg and is 15.9mm slim. All in all, Asus get up and take a bow, you have designed a marvel. 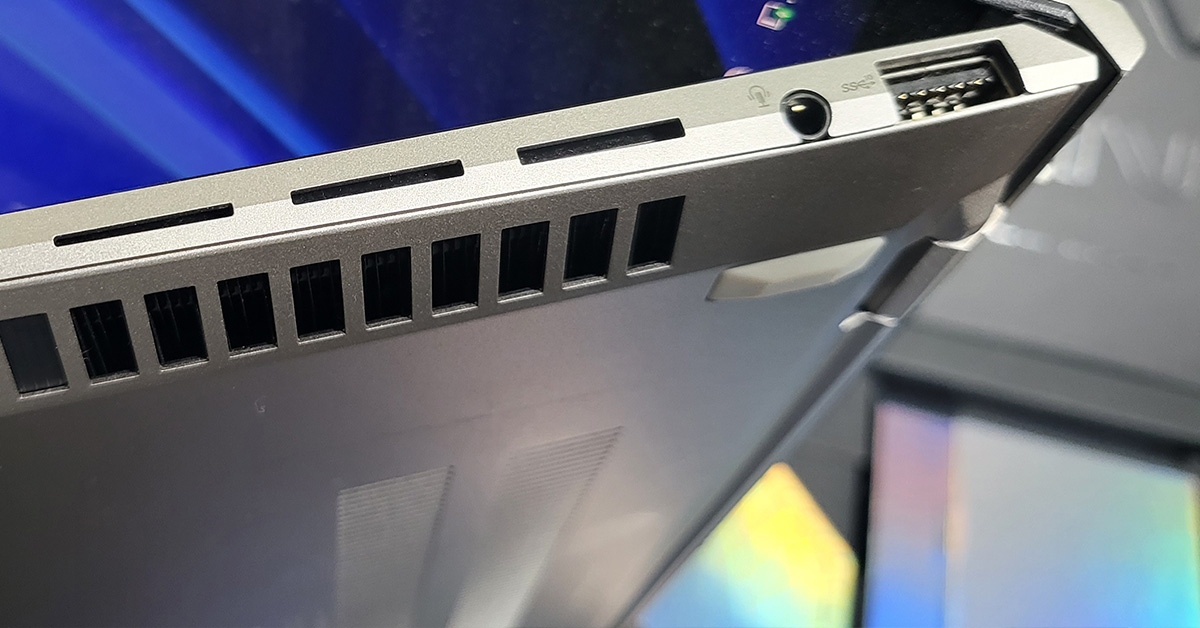 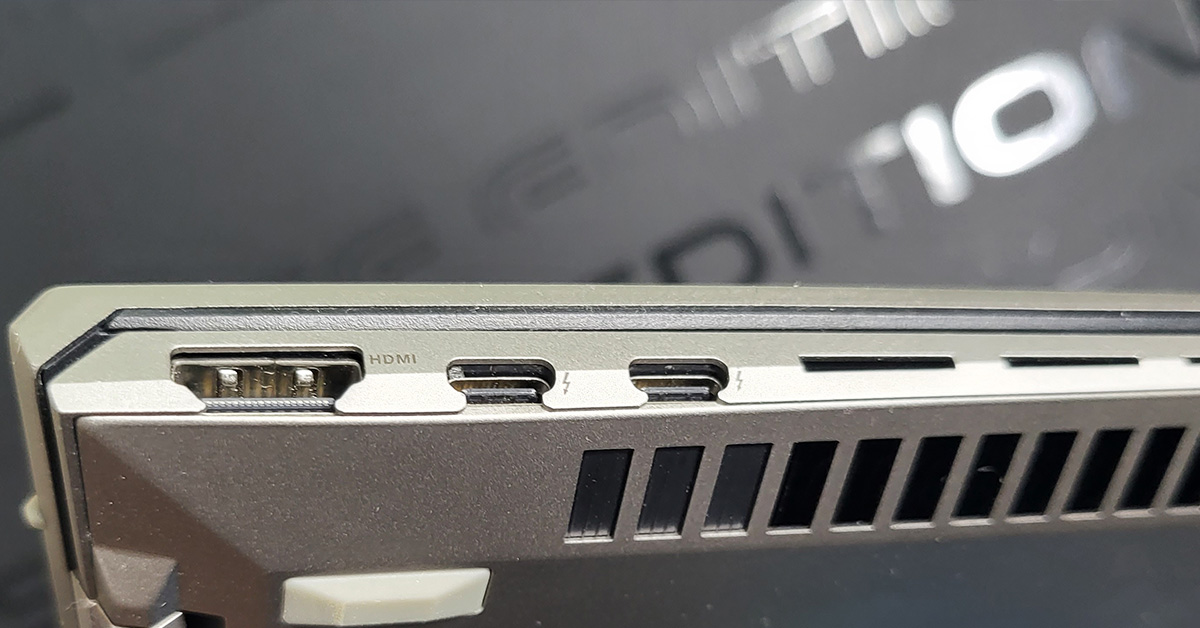 Stepping into the arena of performance, the Asus Zenbook 14X Space Edition laptop has a lot to offer. Some of its great features we have already spoken about in the Design section, now let’s further take a look at its configuration. The one we tinkered with had an Intel Core i9 (12th gen, 12900H) CPU that has a clock speed of 2.5GHz normal and 5GHz (boosted) and has a whopping 14 cores. With it, 32GB of LPDDR5 4,800MHz RAM is available. For storage, a 1TB of PCIe SSD has been put in that has a read speed of 6,500+ MB/sec. The only thing missing in the configuration is the kitchen sync. Asus does end up giving you the absolute best in this notebook. 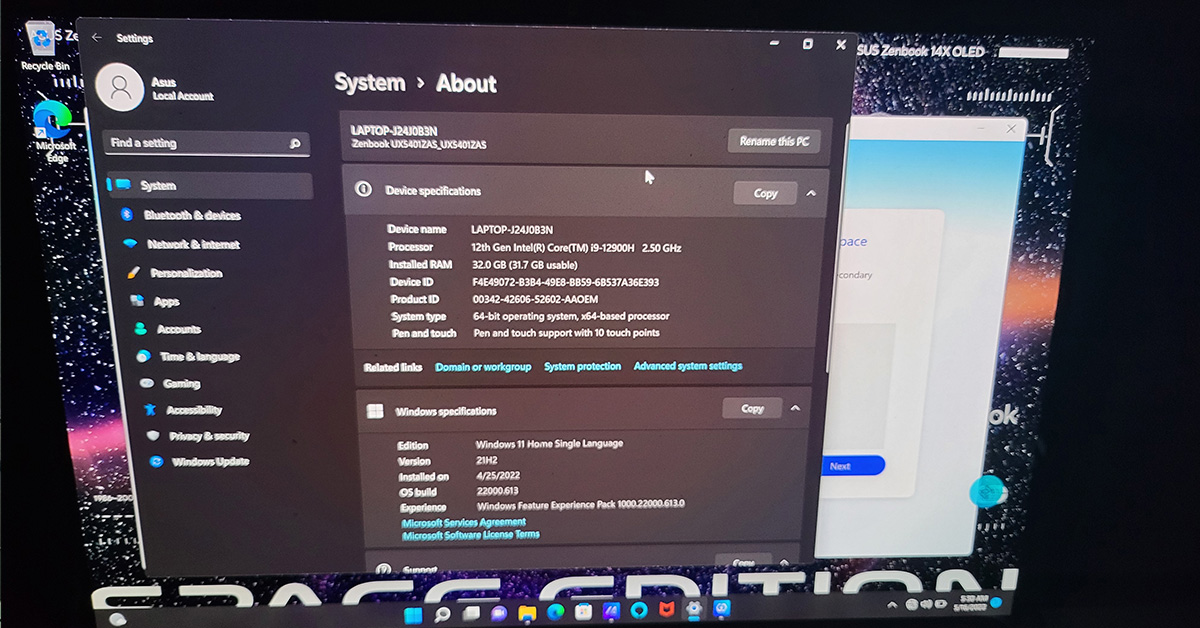 Oh wait, we forgot about the GPU. What you get are integrated Intel Graphics in the form of Iris X. Why Asus, Why? If only a dedicated graphic card was put in, this would have been the perfect laptop of 2022. Nonetheless, the graphics by Intel are not too shabby. For most users these are sufficient and the list includes graphic designers and video editors. Games like DOTA 2 and CS: Go can be played at the highest settings. But games like PUBG can only cope up at medium settings with few frame drops here and there.

But, this laptop is not made for gaming. It is made for entertainment and professional use. For that, users also get a very loud set of speakers that are tuned by Harman Kardon. The OS on board is Windows 11 Home edition, which is ok, but we would have preferred the Pro version. Also, another good thing is that you do not get a lot of bloatware software on the Asus Zenbook 14X Space Edition laptop. Just a few packaged apps owned by Asus, which are essential for the daily working or updation and support requirements of the notebook.

The ergonomic hinge also comes in the Asus Zenbook 14X Space Edition laptop, which raises the machine a few centimetres for a more ergonomical typing experience. This also dissipates heat. Other feature of the laptop includes WiFi 6E, ambient noise cancelling MIC (which works well) and a charging cable/charger box that can be used as a laptop stand too. Yes, do not throw that box away, instead, you can use it as a laptop stand.

Finally, let’s talk about its battery life. The Asus Zenbook 14X Space Edition laptop sports a 63Whrs 3-cell Li-ion battery that can be charged using the supplied 100W charger. For us, under nominal use, the laptop lasted for a little under 6 hours (with the second screen turned off) and the backlit keyboard at mid brightness. With the rear screen turned on, we lost half an hour of work time.

Overall, the Asus Zenbook 14X Space Edition laptop impressed us on many counts. The design, the superb screen, the addition of a second display, safety features (that included military standard toughness) and excellent sound. Over that, The box also holds a space silver carry case for the device.

The system we reviewed can be picked up for Rs 1,69,990, which gives you an exceptional bang for the buck. In case you want to game also on your laptop, then we would suggest the ROG range by Asus. Else if you want to spend a little less, there are inexpensive versions available too, that have less RAM, lower Intel CPU and lesser storage. In case money is no bar, this is one fine laptop to own.