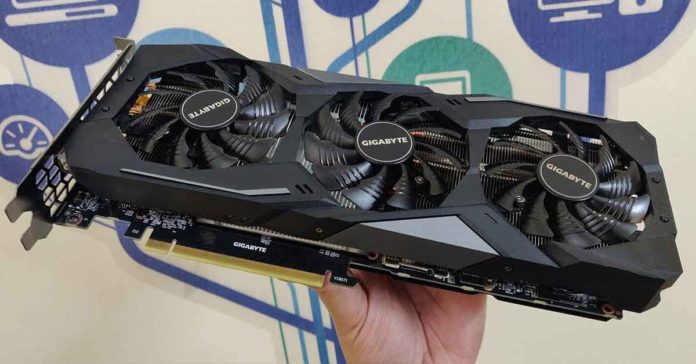 When compared to some of the other brands in the Indian market, Gigabyte might be newer. But they have gained tremendous ground in the last couple of years. If you would have asked us about the brand five years ago, we would be uncomfortable recommending it. But, down the line, they proved themselves time and again, and have become an absolute favourite. It is not just us, but many gamers swear by them. This time we got a graphic card by them called the Gigabyte NVIDIA GeForce RTX 2060 Gaming OC 6G, which we picked up with a critical eye.

However, the critic in us turned into a lover as we used it more and more. It became a worthy addition to our gaming arsenal. We used the latest mid-end graphic card (for a little while) by the company and this is our review of the gaming powerhouse.

Out of the box the Gigabyte NVIDIA GeForce RTX 2060 Gaming OC 6G is a massive graphic card, which demands a show window in the PC. Luckily, we had two. The first thing that catches the eye are the 3 large fans on the head of the graphic card. These are designed in a special manner so that the air hits the GPU unit properly without any sort of turbulence. So how did Gigabyte achieve this? 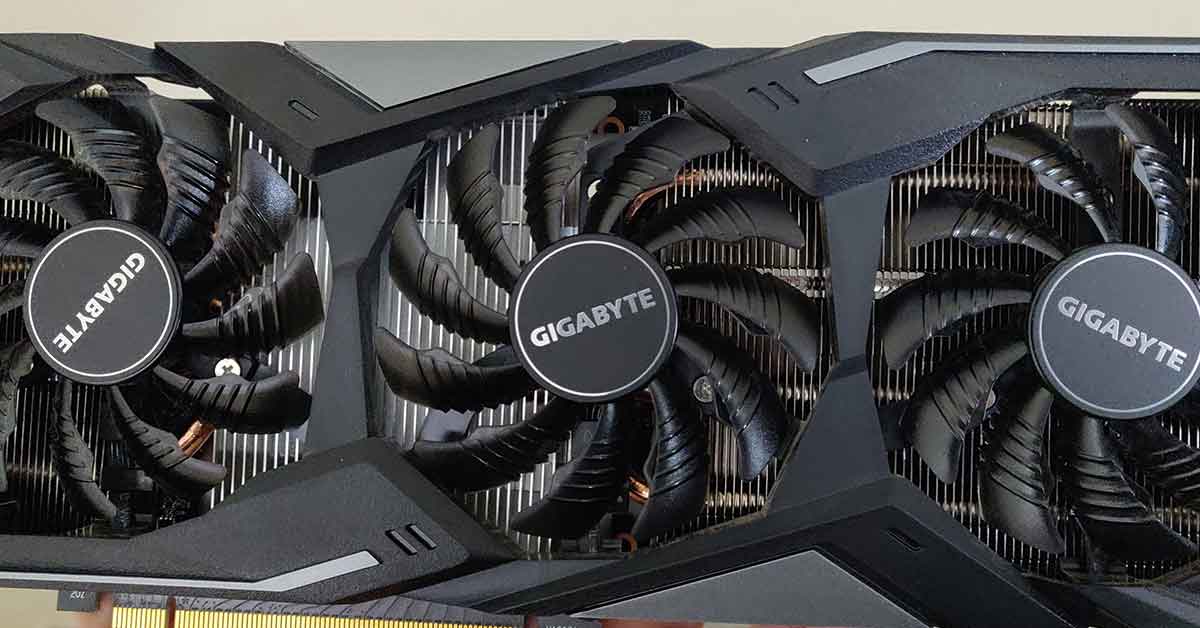 It is actually simple science. The first and third fan rotate counter clockwise and the middle one spins clockwise. What this does is that it enables the GPU to get the right amount of airflow to keep it cool. The fans also have 3D strips on it to enhance the air flow further. The next thing on the card, adding to the show, is an RGB LED light driven Gigabyte branding. This can be customised using the software supplied with the graphic card. The LED supports over 16million colours so you can choose the one you like. 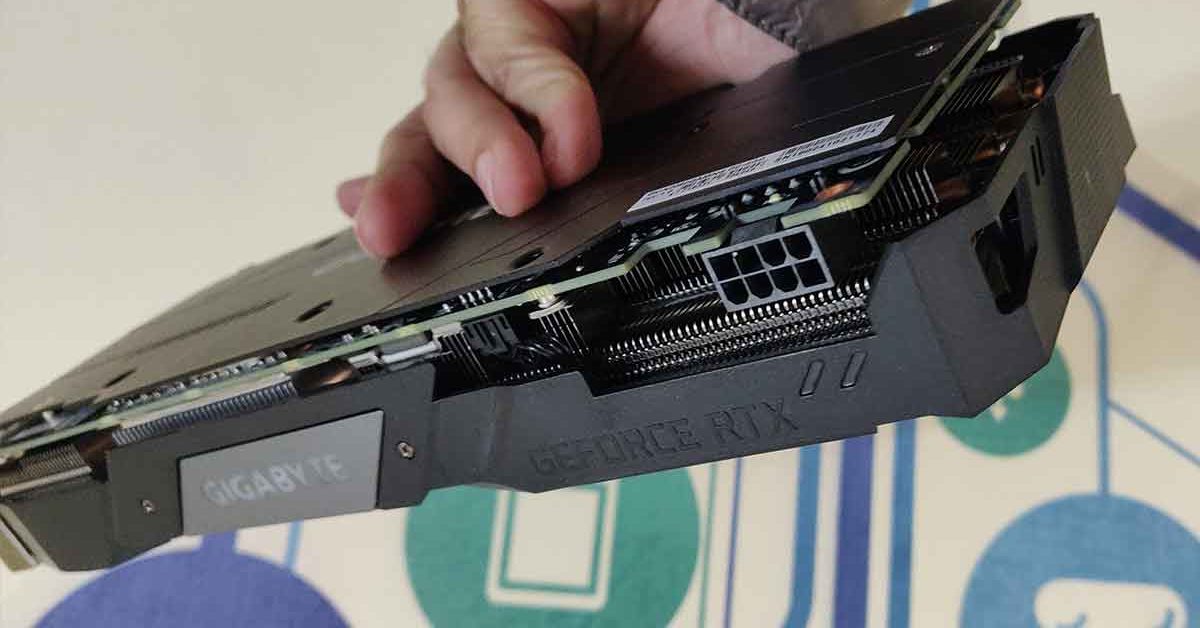 The rear of the graphic card has 3 display as well as 1 HDMI ports. So, the latest 4K gaming monitors are supported. To power the device, the company has installed an 8 PIN power connector on the side. Also, the copper heat sync touches the GPU, to keep it extra cool. Overall, the graphic card looks chunky yet modern, which will definitely get you the eyeballs at your next BYOC party.

Now on to the fun part. The Gigabyte NVIDIA GeForce RTX 2060 Gaming OC 6G graphic card is mayhem over and over. From the get-go, it was spewing out vibrant colours and extreme sharpness. We immediately put it to the test to check out its gaming performance in our RIG, which contains a super quick Kingston SSD so that there is no lag when playing a game.

With 6GB GDDR6 RAM and up to 1.83Ghz clock speed on board, we had high expectations from this card. And it did not disappoint at all. We ran the 3D mark Time Spy QHD test on it and it just burnt the benchmark to a fine ash. It scored 7,973 marks on it, which is better than its closest AMD competitor and we do not even want to bring the previous gen into the picture. To keep simple, NVIDIA GTX1060 is not even in the shadow of this graphic card. 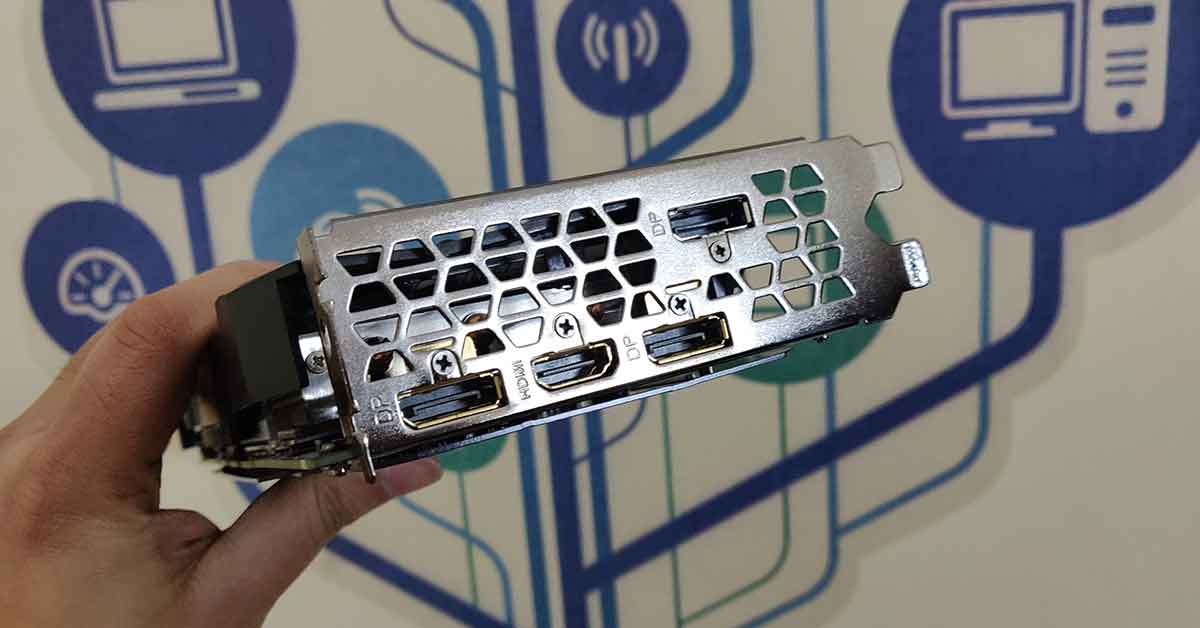 When it came to pure gaming performance, we loved every bit of it. Most games ran extremely well at ultra-high settings. Let us start with some of our favourite and widely played games like CS:Go and DOTA 2. We were easily able to extract 100-120 FPS in them. The graphics were crisp and detailed, but since these are older games, they seemed just a notch above on this graphic card. However, the real test came when we played games like PUBG and Fortnite.

The Gigabyte NVIDIA GeForce RTX 2060 Gaming OC 6G didn’t flinch here and gave us straight 100FPS even at the highest settings, the max frame rate drop we got here was 89. Which is not bad for a graphic card that only demands a 500W power supply. However, we do recommend to put in at least a 650W power supply so that you do not over-stress the system in any manner. We saw an immense bump in graphics over a regular NVIDIA 1060. The details are better, the characters look well-rounded and with the improved FPS, you are bound to get that chicken dinner.

All was running really well, till we saw a price tag of Rs 34,990 of the Gigabyte NVIDIA GeForce RTX 2060 Gaming OC 6G. Which is quite a bit to ask for a graphic card. This many would not be able to get in a mid-range gaming PC. However, when compared to the kind of performance this graphic card gives, this is somewhat of a decent price to pay. If you are planning to build a rig of around Rs 80,000 to 1 lakh or upgrading your super-rig, buy this card without a doubt. It will be a prized possession.

Great to look at

Oppo K10 Review: A good smartphone for everyday use

- Advertisment -
When compared to some of the other brands in the Indian market, Gigabyte might be newer. But they have gained tremendous ground in the last couple of years. If you would have asked us about the brand five years ago, we would be uncomfortable...Sulabh PuriGigabyte NVIDIA GeForce RTX 2060 Gaming OC 6G graphic card review: Gaming like never before