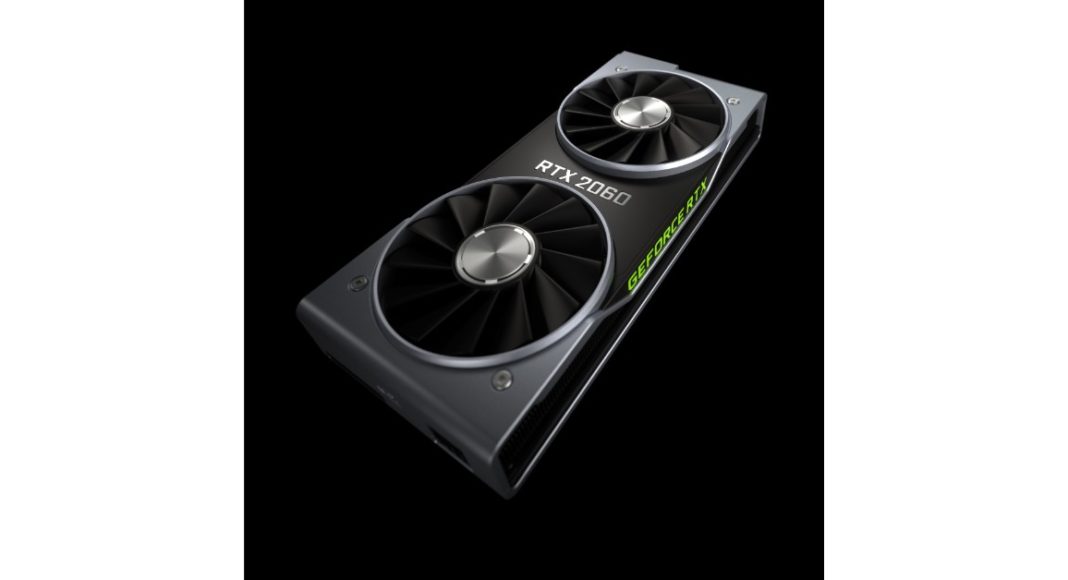 Yesterday, NVIDIA has announced the GeForce RTX 2060, which has Turing architecture GPUs. The company claims that the RTX 2060 GPU will deliver exceptional performance on modern games, with graphics enhanced by ray tracing and AI capabilities. The device is supposed to be 60 percent faster on current titles than its predecessor, GTX 1060. Also, this is supposed to surpass the gameplay of the GeForce GTX 1070 Ti.

The RTX 2060 can run the game, Battlefield V with ray tracing at 60 frames per second with the help of Turing’s RT Cores and Tensor Cores. The GPU is supposed to be globally available from January 15 from every major OEM, system builder and graphics card partner. The RTX 2060 will feature a major upgrade of the core streaming multiprocessor to enhance the handling of workloads of modern games.

It supports concurrent execution of floating point and integer operations, adaptive shading technology and a new unified memory architecture which has twice the cache of its predecessor. Modern games can utilize these features to achieve up to 2 times more performance over the GTX 1060 GPU.

NVIDIA founder and CEO Jensen Huang said during the unveiling of the RTX 2060, “Next-gen gaming starts today for tens of millions of gamers everywhere. Desktop gamers are demanding, and the RTX 2060 sets a new standard — an unbeatable price, extraordinary performance and real-time ray tracing that blurs the distinction between movies and games. This is a great moment for gamers and our industry.”

The RTX 2060 with a new application named, GeForce Experience that makes PC gaming more accessible and provides unique, easy-to-use in-game features. These features include NVIDIA Highlights, NVIDIA Ansel and NVIDIA Freestyle. Moreover, there is one global offer. The PCs which equip the RTX 2060 can have two optional games—Anthem and Battlefield V. As mentioned, the RTX 2060 will be available to systems built by Acer, Alienware, Dell, HP and Lenovo from January 15. The device is priced at 349$ (roughly Rs 25,000).

Spatial Audio with support for Dolby Atmos and Lossless Audio will...

Spatial Audio with support for Dolby Atmos and Lossless Audio will...