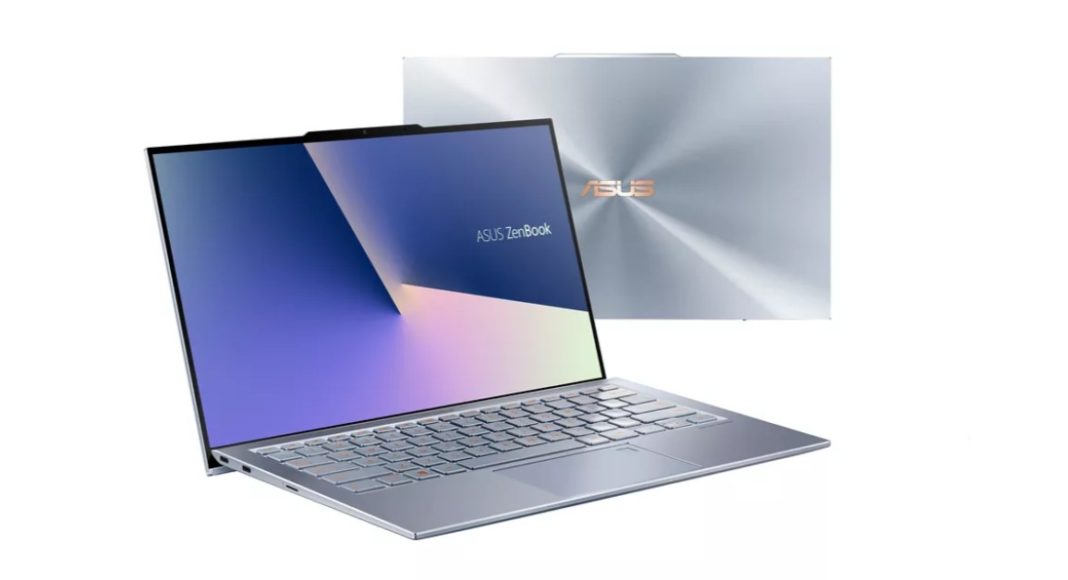 Asus has created a laptop that, according to the company, provides the “world’s slimmest display bezel” for CES 2019. This is the new Asus ZenBook S13. The slimness of the bezel is owed to the reversed notch that the laptop is said to sport. The notch will appear at the top of the screen instead of below or within the frame. The notch squeezes the webcam to the top protruding part, widening the laptop screen, consequently.

To talk about the specifications of the laptop, slim bezel display offers a 97 percent screen-to-body ratio. The 13.9-inch 1080p display screen will have just 2.5mm bezels on its either sides. Thus, the overall facade is less than most 13-inch laptops. The Asus ZenBook S13 will be powered by 8th Gen Intel Core i7 processors. The laptop will support up to 16GB RAM and up to 1TB of PCIe SSD storage.

There would be added discreet graphics in the form of Nvidia’s GeForce MX 150 GPU. This GPU, Asus claims, makes the ZenBook S13 the “world’s thinnest laptop with discrete graphics.”  It would be advantageous to gamers if OEMs begin to squeeze in discrete graphics from Nvidia, considering that laptops of this class depend on integrated graphics from Intel. Such laptops are expected to run the latest titles at low resolutions. Games such as Fortnite will run at the display’s native 1080p at 30 fps.