HomeNewsAsus has launched 4 new Chromebooks ahead of CES 2019

Asus has launched 4 new Chromebooks ahead of CES 2019 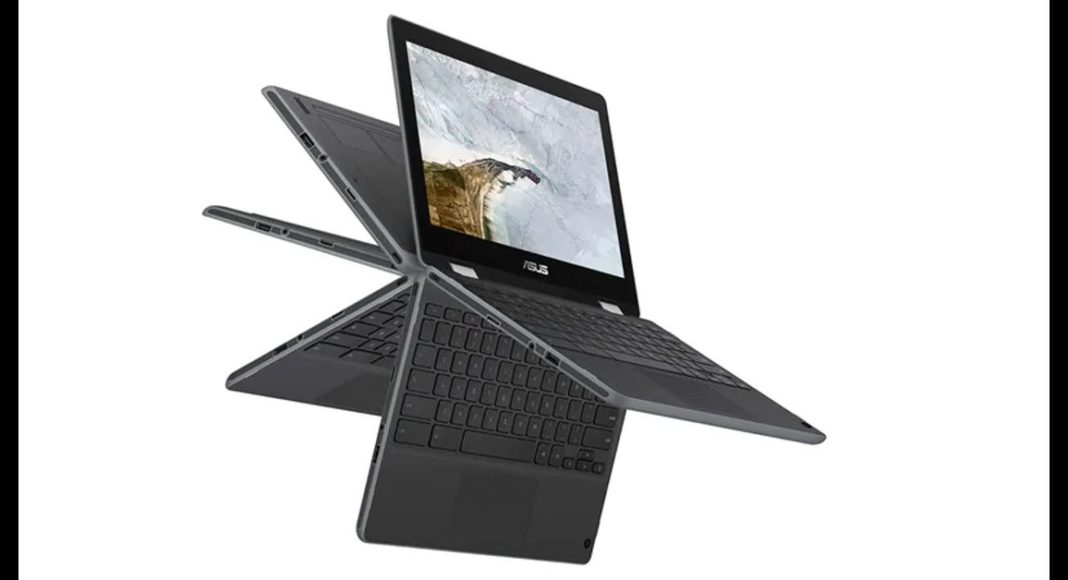 The Asus Chromebook Tablet CT100 is the first Chrome OS-based tablet by the company. The device is covered with a rubberised chassis and the company claims it would help the tablet survive minor drops and bruises. The tablet features a 9.7-inch display and is powered by an OPI hexa-core CPU that is supported by a Mali-T864 GPU. The Asus Chromebook Tablet CT100 will have a 4GB RAM and a 32GB internal storage.

The next in line is the Asus Chromebook C204. It is the replacement of the Chromebook C202 and is slightly thinner than that. This one will be powered by an Intel Celeron N4000 CPU and be supported by a single RAM variant of 4GB. Connectivity options include two USB Type-A 3.1 ports and two USB Type-C ports. The Chromebook C204 would house a 50WHr battery, which the company promises will last for an entire day.

The third one that is announced by Asus is the Chromebook Flip C214, which has been launched ahead of CES 2019. It is a 2-in-1 machine with a rugged design and has a keyboard that resembles the Chromebook C204. According to Asus, the Chromebook Flip C214 is very durable and can work well for a long time. The device is supported by 8GB RAM and has two USB Type-C ports along with a USB 3.1 port as its connectivity options. Users can also use the supplied stylus that comes with this Chromebook.

Lastly, we come to the Asus Chromebook C403. It is a 14-inch which is powered by an Intel Celeron N3350 processor. There is 32GB on-board storage space on this notebook, which comes with 4GB RAM onboard. Connectivity options of this device are two USB Type-C ports and a single USB Type-A 3.1 port.