Honor 7C review: A decent smartphone in the budget range 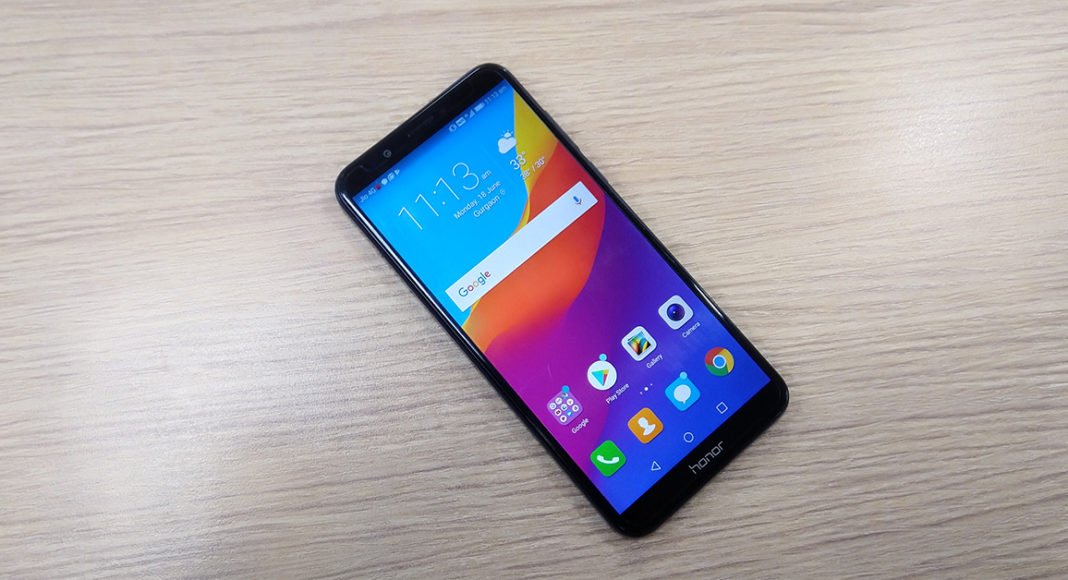 Honor is one brand that has been launching smartphones one after the other, recently. Right after we saw the launch of its flagship Honor 10, the company rolled out two budget smartphones – Honor 7C and 7A. We spent some days with the bigger sibling Honor 7C to see what’s good in it and what all it lacks. Read the rest of our review to find out more about the phone: 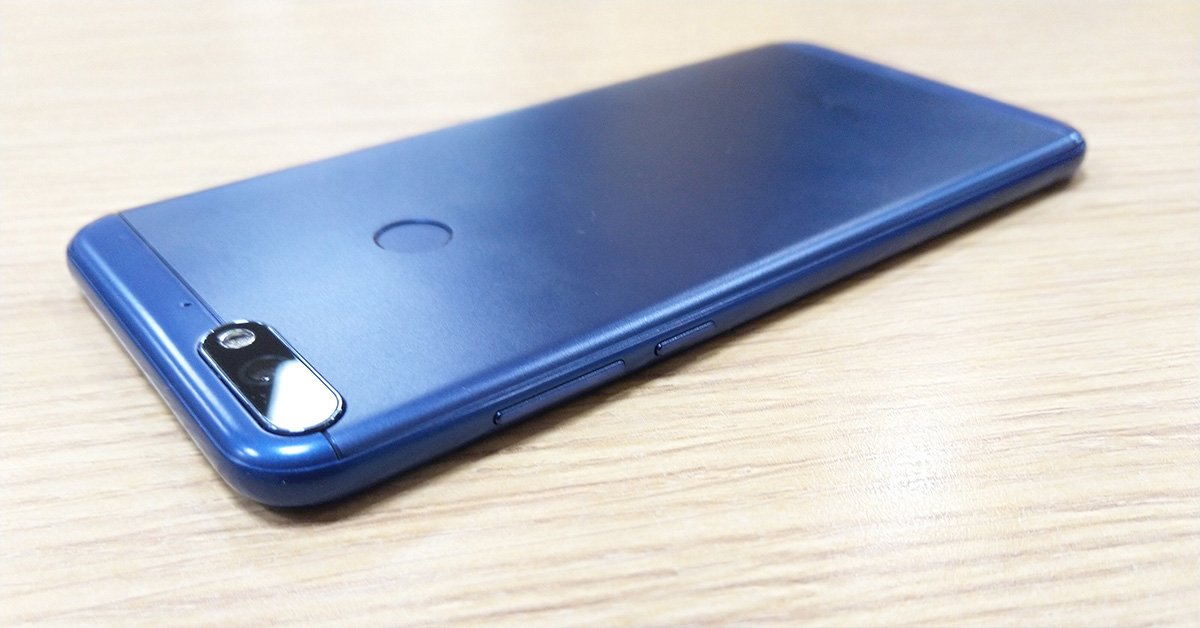 We’ll first talk about the design of the smartphone. For a mobile that falls in the budget range, the look and feel of the phone is very pleasing.  Honor 7C has premium looks, with a metal back panel and a 5.99-inch HD+ IPS LCD display and 2.5D curved glass dominating the front.  Above and below the display are the front facing camera and Honor branding, respectively.

The phone is very sleek and has a minimalistic design. It comes without any antenna lines on the metallic back-panel, which also has the Honor branding on it. The back panel of the smartphone also sports dual cameras and a fingerprint sensor. The top and bottom inserts on the back panel are made of plastic, but that doesn’t hamper the looks of this device in any manner. 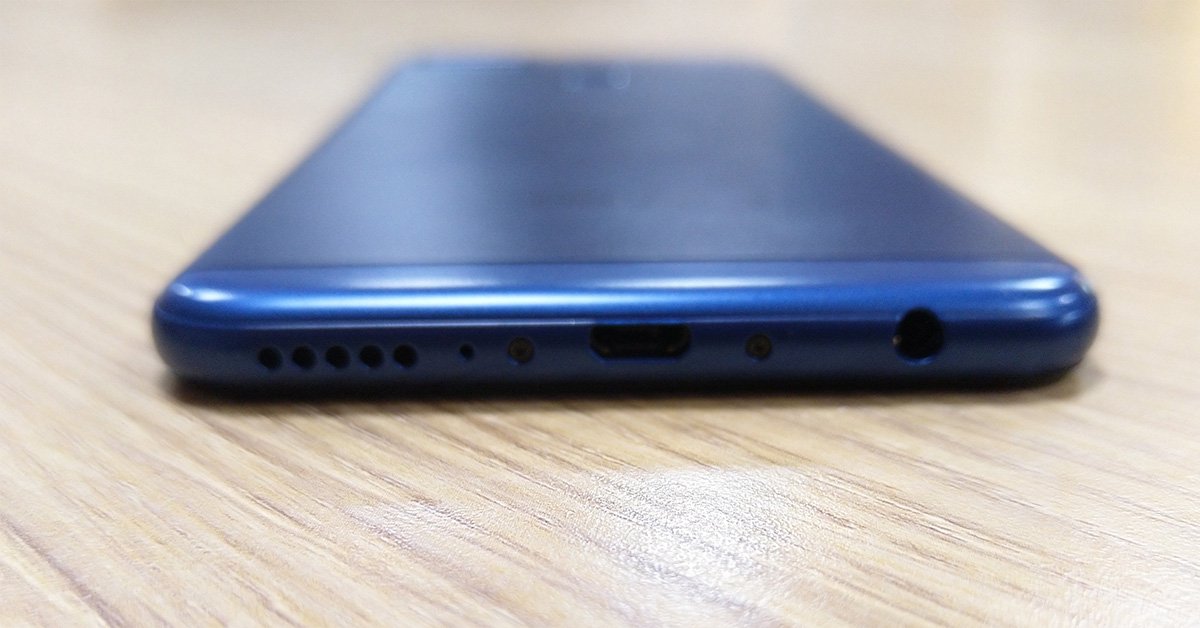 Honor 7C comes in three colour options – Black, Blue and Gold – and the one that we got for review was dressed in Blue.  We are really impressed with the build quality of the smartphone and it feels solid to hold. In spite of this, the phone is not very heavy at 164g and one-handed usage is not a problem at all.

The side edges of the smartphone are where the SIM card and microSD card slots along with the volume rocker keys are placed. The bottom edge stocks the 3.5mm jack, microUSB port and speaker grille.

Coming to the display of Honor 7C, the smartphone sports a 5.99-inch HD+ IPS LCD screen and has an aspect ratio of 18:9. Although we were thoroughly impressed by the design of the smartphone, the same cannot be said about the display. There were a few good points, but some things were just average. The colour reproduction was accurate and vibrant, but we found the display to be reflective. We have seen phones with better sunlight readability.  On the upside, viewing angles were just right. Considering that most of its competitors have a full HD display, it was also slightly disappointing to see Honor 7C to come with just a HD+ touchscreen.

In a nutshell, Honor 7C’s display left us with mixed feelings and we felt it definitely could have been better.

Before we begin speaking about Honor 7C’s performance, we’ll take a minute to take you through its specifications. The Honor 7C is powered by Qualcomm Snapdragon 450 processor and comes in two storage variants – 3GB RAM/32GB onboard storage and 4GB RAM/64GB internal storage. The one that we are using is packed with 4GB RAM. Users can add a microSD card of up to 256GB, too. Coming to think of it, Honor 7C and 7A are first smartphones from the company to ditch its Kirin processors. For imaging duties, there is a 13MP+2MP dual rear camera setup and an 8MP selfie camera.

The smartphone houses a 3,000mAh battery and runs Android 8.0 Oreo skinned with EMUI 8.0. The software of the smartphone is extremely feature rich and some interesting ones include the ability to switch between Wi-Fi and mobile network automatically. The smartphone does so by detecting which network is stronger. There is a Ride Mode for those who travel on motorcycles, too. Over that, a number of things can be done via the fingerprint sensor including answering phone calls, taking photos, videos and stopping your alarm clock. 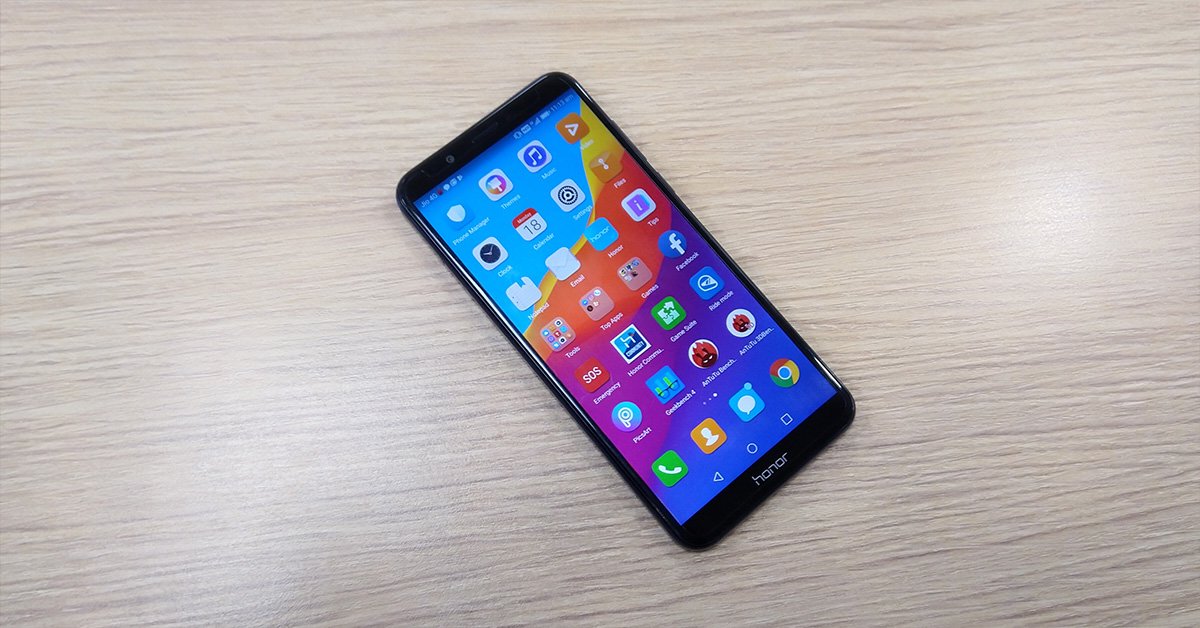 While these were some things that we liked, one thing that we really didn’t was bloatware. And Honor 7C has plenty of it. There are a number of gaming apps on it and the phone also has Truecaller, UC Browser and Netflix pre-installed.

Coming to the performance, the smartphone was good in performing daily tasks. We used multiple tabs of Chrome and opened various apps to put the phones multi-tasking ability to work. Honor 7C mostly performed well, although we did encounter an occasional lag in launching some heavy gaming apps, but it was negligible. We observed a delay only in launching these apps; the functioning was not affected by it.

One thing we liked a lot about the Honor 7C is that it did not heat up even once, even when we were gaming or browsing the net for a long while. The smartphone from Honor survived all kinds of games – from Super Mario to Asphalt 8. We just loved the experience.

But, the best thing about Honor 7C is definitely its Face Unlock feature. It worked instantly each and every time without any exceptions. It is a feature we were thoroughly impressed with.

We were quite happy with the battery life of the smartphone, too. It lasted us an entire day in spite of usage that included watching YouTube videos, using Maps for navigation and social media apps like Facebook, Instagram and Snapchat. If your usage isn’t heavy, it can last you more than that. 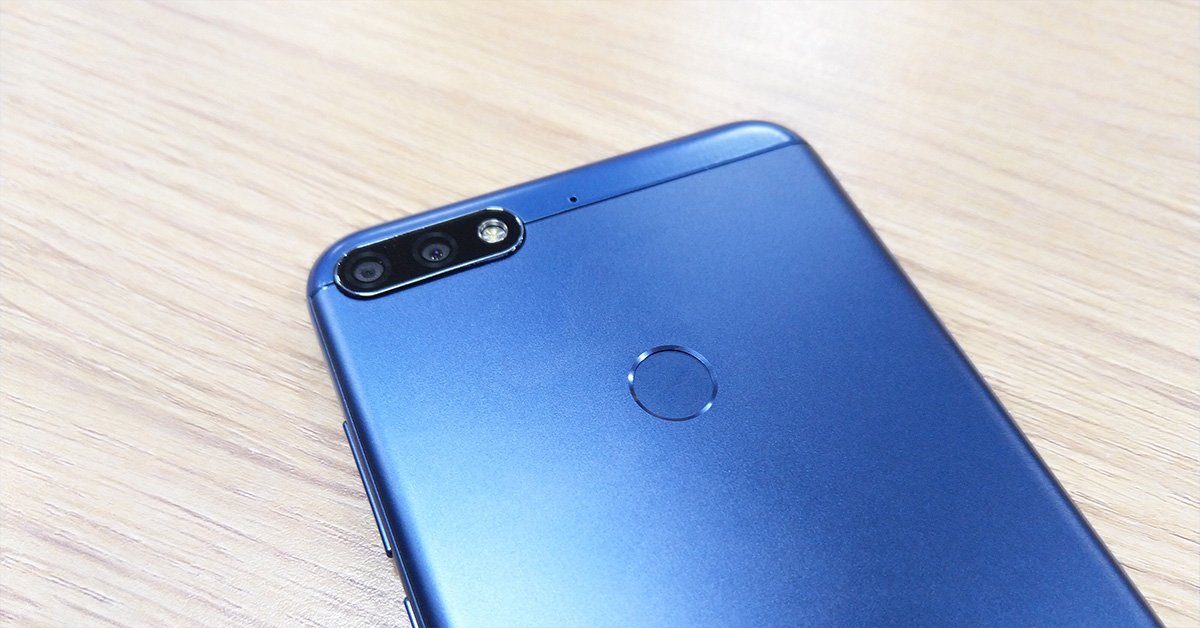 Skipping over to the calling experience. The call quality of the smartphone was good. We never encountered a problem with making or receiving calls even in areas like elevators and basements.

As for the cameras of this smartphone, they mostly just did an average job. The colours seemed slightly dull in most pictures and the objects seemed abnormally sharp. Shots taken at night were particularly unclear and grainy; the ones during the day weren’t bad but looked like they could do with some improvement. 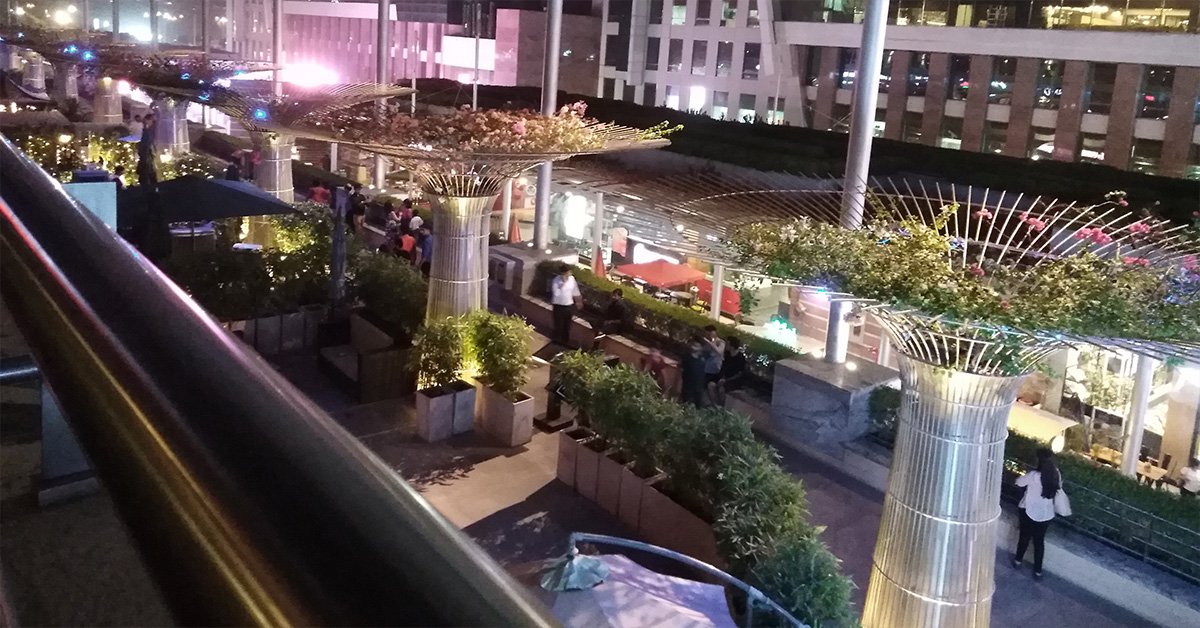 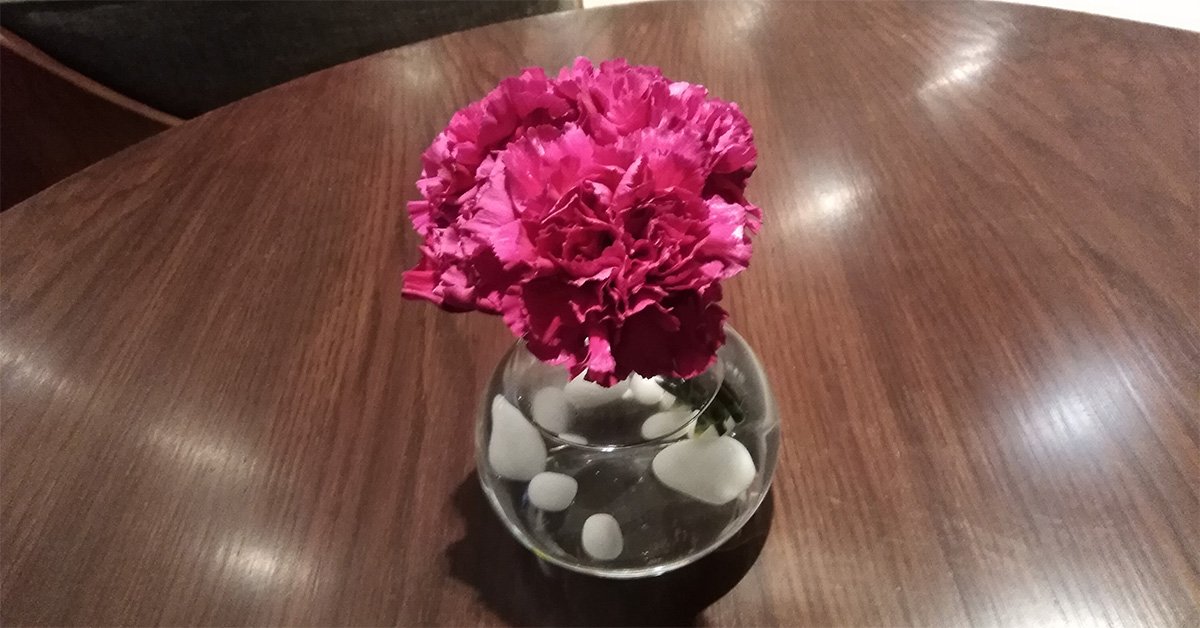 We ran a few benchmark tests on Honor 7C. It scored 782 and 3,989 in single and multi-core scores of Geekbench 4 and got 70,506 in Antutu benchmark test. Both showcasing decent performance when it comes to this segment of smartphones.

Verdict and Final Thoughts
Honor 7C has its ups and downs. The design is sleek, the built is solid and the battery is long lasting. The bloatware and the average cameras are the downsides of the phone. At a price of Rs 11,999, the smartphone is a decent buy, but we have seen other smartphones in the same price range like Xiaomi Redmi 5 and Asus Zenfone Max Pro M1 that are better when it comes to overall performance.

Avani Baggahttps://www.gadgetbridge.com
Avani has an immense love for reading, travelling and food, but not necessarily in the same order. Avani almost started pursuing law, but life had other (better) plans for her and she chose to be a writer instead (luckily!) She previously covered technology at Times Internet and wrote about smartphones, mobile apps and tech startups. When she’s not writing, you’ll be able to find her in book stores or catching up on her social life.
Facebook
Twitter
WhatsApp
Linkedin
ReddIt
Email
Previous article6 gadgets you can gift your Dad this Father’s Day
Next articleComio C1 Pro with 5-inch HD+ screen and Face Unlock launched in India: Price, specs and availability

These are unusual times, which we are living in. Most of us are working from home and a good headset with microphone is essential...
Read more
Reviews

Xiaomi’s new Redmi 9 Power smartphone boasts of a big 6,000mAh battery and is available for purchase at a starting price of Rs 10,999....
Read more
News

The South Korean smartphone brand, Samsung, launched an affordable Tablet (Samsung Galaxy Tab A7) in the Indian market. It sells at Rs 21,999 for...
Read more