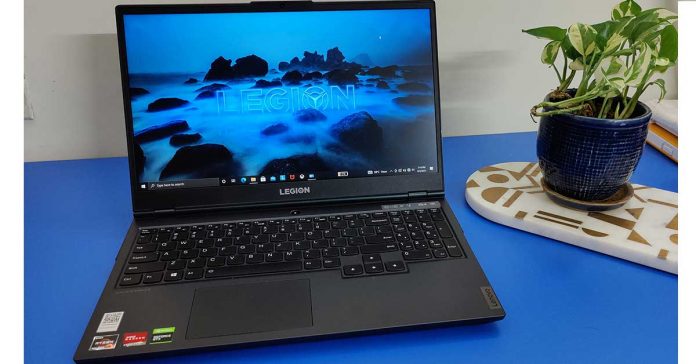 When it comes to gaming laptops, they come in various shapes and sizes. They are by far the flashiest piece of devices out there. However, this time Lenovo has taken up a very different approach with the Lenovo Legion 5. What you get is a mix of IBM ThinkPad-like looks with gaming level machinery inside. We played around with the device for some time, and this is Lenovo Legion 5 laptop review.

We were a little taken aback when we unboxed this device. The Lenovo Legion 5 is not the usual run of the mill flashy gaming laptop, as said. But it has a very subtle nice design to it. Somewhat similar to the ThinkPad notebooks. Well by the looks of it the laptop is built for both work and play routines. In the day you can work on it and in the evening you can game. 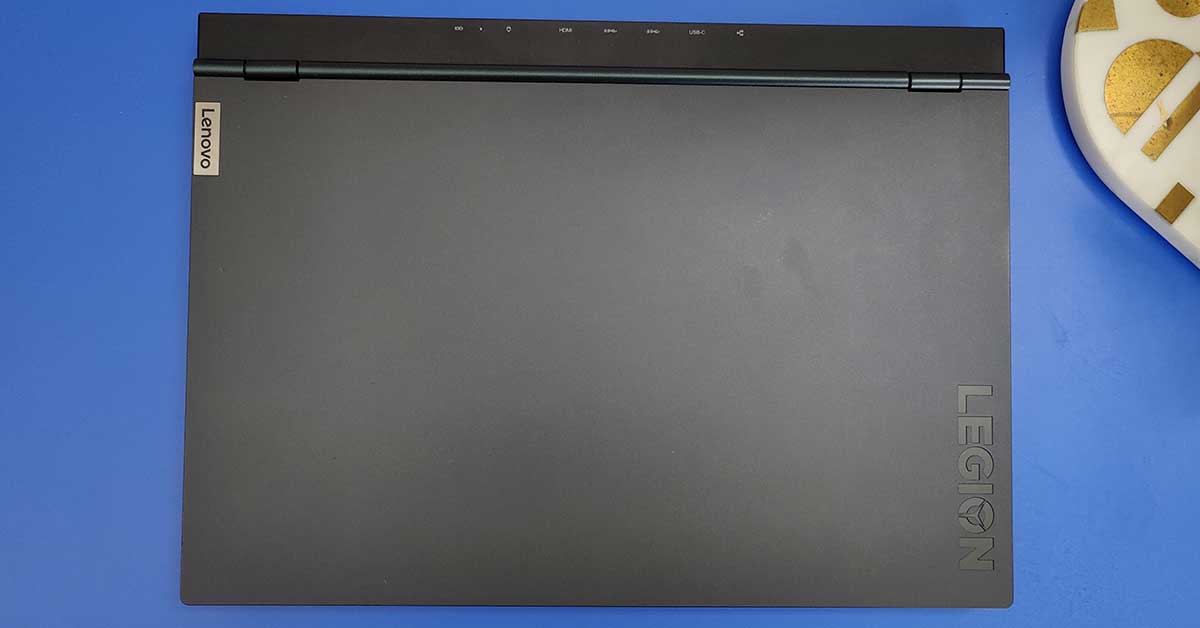 Dressed in charcoal black, the device will not turn heads but it has some nice curves that should get it some attention. The Legion logo (with VIGBYOR effect) and Lenovo branding can be seen on top of the LID. Open it and you are greeted with a large 15.6-inch nonglossy display. The display supports FHD graphics, 144Hz refresh rate and less than 3MS response time. It is also Dolby Vision-enabled and the peak brightness is set at 300nits, which we felt could have been better for gaming, but is fine for day to day use. 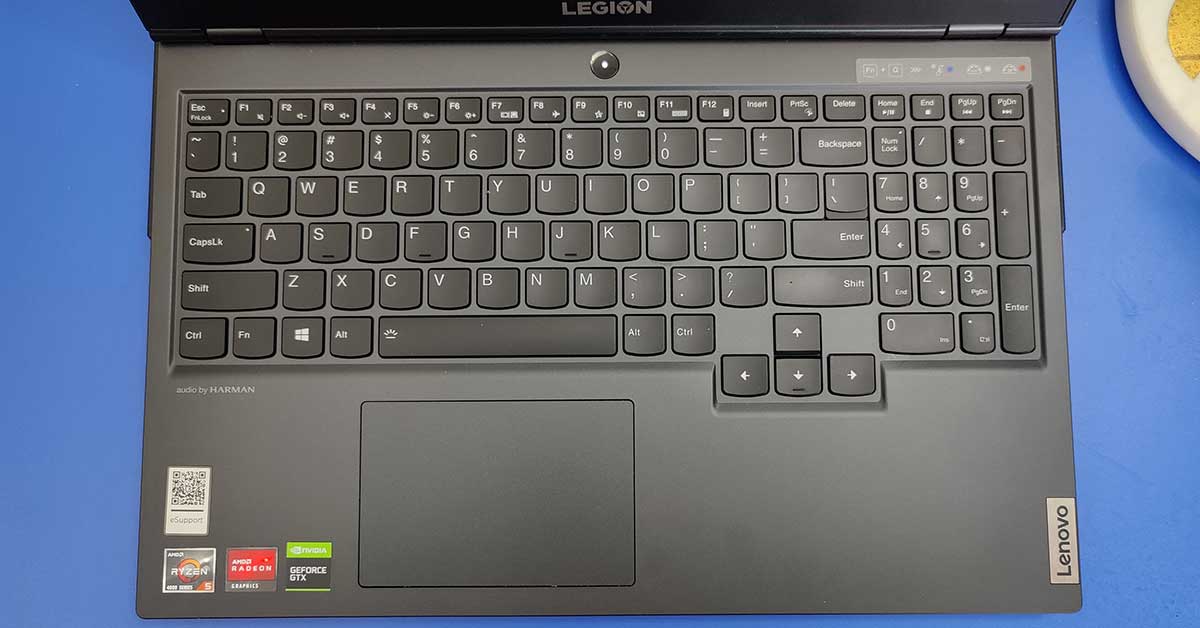 The keyboard on the Lenovo Legion 5 is backlit and is fairly large. The keys are good and respond well. Also, it has a NUM pad, so that is good. The power button is located above the keyboard and a decent size trackpad is placed below it. It does not come in the way when you are typing. Most of the ports are placed behind the machine. The only exceptions are the two USB 3.1 and the audio ports that can be seen on the right and the left. An Ethernet, 2 more USB 3.1, HDMI, power and USB Type-C ports can be seen on the backside of the machine along with the fan gills. 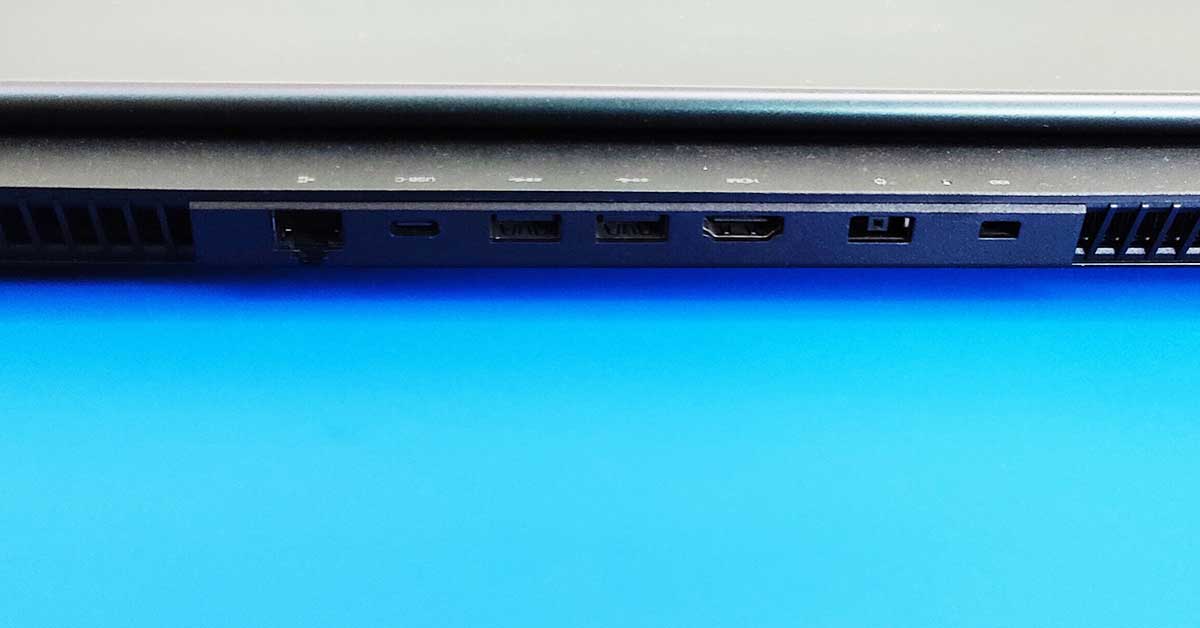 The Lenovo Legion 5 also comes with an HD webcam, which is placed above the screen. This comes with a privacy shutter and that is an A+ in our books. We played a lot of games on this laptop ranging from DOTA 2 to CS: Go to PUBG PC. The first two ran well, however, PUBG could only be played at medium settings and we did see few frame drops in the game. On the other hand, we quite liked watching YouTube videos and Netflix shows on the Lenovo Legion 5. Overall, the display experience was not the best but is darn good. 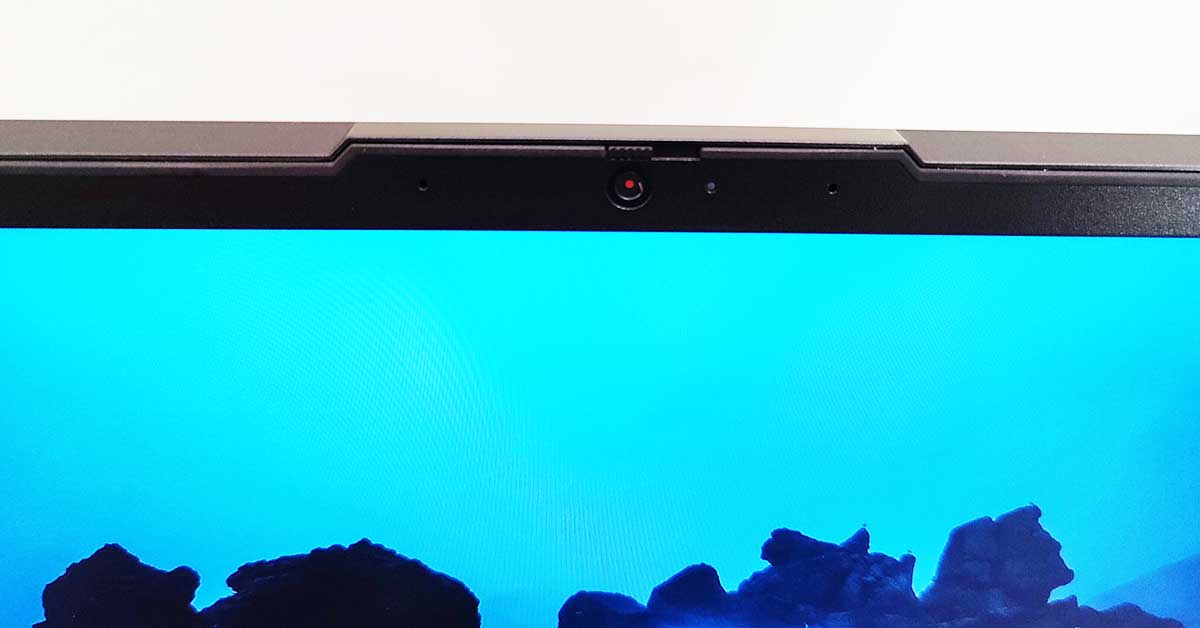 Let’s quickly talk about the tech specs of the Lenovo Legion 5 laptop we are reviewing. This machine comes with AMD Ryzen 5 4600H series 3GHz CPU, which has 6 cores. So, it did make us feel at times, that we could have had better performance with 2 extra cores if it was an octa-core CPU. RAM is just 8GB, but one can upgrade it, so that is good. Over that, the gaming notebook comes with SSD and HDD combo. Users Get 256GB SSD and a 1TB HDD inside. So storage is not much of an issue.

The graphics are powered by NVIDIA GTX 1,650 Ti graphic card. There is an option to upgrade to NVIDIA 2060, but for that, you would need to shell out more money. 2 into 2W Harman Kardon speakers are also there on the machine, which do a decent job. They are not super loud so for gaming, we do recommend you use your gaming headphones.

When working, the laptop does not get warm at all. It is quiet as a cat. But when you turn the cat into a tiger and enter the gaming mode, the fans are capable to make quite a racket. But that is because they are working overtime to keep the machine cool. And they do a good job. Yes, like all gaming notebooks the Lenovo Legion 5 also gets hot when gaming, but it cools down as quickly too. We always played games in a room with the AC on, so we did not feel it ever getting too hot.

The Lenovo Legion 5 comes with an 80Wh battery, which is claimed to last for 8 hours. But for us it lasted for under 6 hours, when not gaming. When gaming it drops down even further. Nonetheless, for the best gaming experience, you have to keep the charger connected, as then is when you get the best graphics and gaming performance.

Lenovo Legion 5 comes with Windows 10 home, which we have been asking all the companies not to give in a gaming machine. The pro version is what everyone wants here, however that is not a deal-breaker. There is a bit of bloatware found on the machine, which can be uninstalled if the users want to.

The price tag of Rs 81,999+ is what will get you this machine from places like Reliance Digital. Well, that is the only thing that left us with a mixed bag of feelings. While we absolutely loved the game plus work features of the machine, we did feel the price can be lower. As the competition is giving better specs and features in this price range. All in all, a good machine for professionals, graphic designers, video editors, gamers and more, if you can look past the price.

Speakers could have been louder

- Advertisment -
When it comes to gaming laptops, they come in various shapes and sizes. They are by far the flashiest piece of devices out there. However, this time Lenovo has taken up a very different approach with the Lenovo Legion 5. What you get is...Lenovo Legion 5 laptop review: For work and play