HomeReviewsNokia 7.2 review: Ticks all the boxes

Nokia 7.2 review: Ticks all the boxes

Should Nokia 7.2 be your next budget buy? 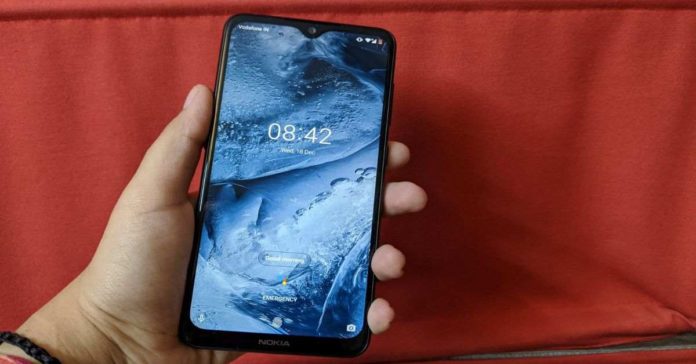 HMD Global recently launched Nokia 7.2 smartphone in the budget segment. The smartphone boasts of three cameras, has a 6.3-inch display and houses 3,500mAh battery.  It has also caught the attention of many thanks to its beautiful design. We used it for a little while now and here’s our review of Nokia 7.2 smartphone:

Nokia 7.2 is a class apart in terms of design as compared to other smartphones in the same budget range. Its look and feel is at par with that of a number of mid-range handsets and we can easily call its design as ‘premium’. The device has a metallic frame and its body is made up of polymer composite which, according to HMD Global, is lighter than aluminium and stronger than polycarbonate. The back panel of the Nokia 7.2 smartphone, unlike most other recently-launched handsets, is not glossy. Instead, its surface is matte and has a satin-like effect on it. One thing that we really liked about it is that it did not attract too many fingerprint smudges. Nokia 7.2 smartphone has a circular camera module on its back that has three lenses and an LED flash. It protrudes out as compared to the rest of the back panel and beneath it lies the fingerprint scanner and the Nokia branding. 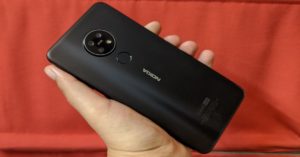 The company has made the frame of the handset curved to ensure that users get a better grip. The metallic frame of the Nokia 7.2 houses the power and the volume-rocker buttons on the right edge and the Google Assistant key and the SIM card slot are sandwiched on the left one. The power key has an LED light on it that alerts the user about various notifications. The top edge has the 3.5mm headphone jack and the secondary microphone, while the speaker grille, the Type-C port and the microphone are at the bottom.

We really liked the design of the Nokia 7.2 smartphone and found its built to be sturdy. The one-handed usage of the smartphone was good, too.

On flipping over, you will see the 6.3-inch full-HD+ HDR 10 display of the smartphone that comes with a waterdrop-shaped notch on its top. It is worth mentioning that the chin of the device’s screen is slightly broader as compared to the rest of the bezels. 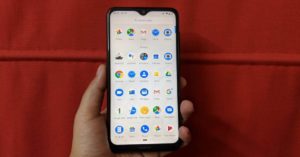 The screen of the smartphone is protected with a layer of Gorilla Glass 3 and according to the company, it comes with a contrast ratio of 1:1500 and has 500 nits of peak brightness.

The display of Nokia 7.2, much like its design, is one among its pros. The colours that the screen projected were bright and vibrant and the images it showcased were sharp and had clarity. The colours remained consistent at different viewing angles and the sunlight readability was good too.

Nokia 7.2 comes with Widevine L1 DRM certification, which basically means that the handset can play content that is in HD format (or above). We spent hours watching videos and playing games on the smartphone and thanks to the good quality of images and colours, the experience was a great one.

As we mentioned earlier, the display of the Nokia 7.2 smartphone is definitely one of its key highlights we liked.

Before we begin speaking about the performance and the cameras of Nokia 7.2, let’s take a minute to talk about its specifications. Nokia 7.2 smartphone is powered by the Qualcomm Snapdragon 660 SoC and is available with up to 6GB of RAM and 64GB of internal storage. The handset can hold a microSD card of up to 512GB. 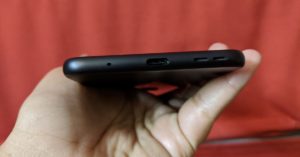 For imaging duties, the device comes with a triple rear camera setup that comprises of a 48MP primary sensor with an f/1.79 aperture, an 8MP wide-angle sensor that comes with 118-degree field of view and an f/2.2 aperture and a 5MP depth-sensing lens. To click self-portraits, there is a 20MP sensor on the front panel of the smartphone.

Nokia 7.2 houses a 3,500mAh battery and comes with support for 10W charging. The connectivity options of the smartphone include 4G LTE, Wi-Fi, Bluetooth 5 and GPS. The smartphone runs the stock version of Android 9.0 Pie and it comes without any bloatware, which is obviously a good thing.

Now, let’s talk about the performance of the device. The handset, powered by Qualcomm’s Snapdragon 660 SoC, is quite adept at handling everyday tasks. We launched multiple apps and switched between them and the smartphone did not lag even once. We often used the device for performing two or three tasks at once and Nokia 7.2 had no trouble in multi-tasking. 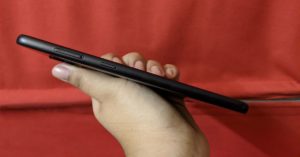 We played a number of games on the handset ranging from Alto’s Odyssey to Asphalt 9: Legends. While Nokia 7.2 did a good job at games like Candy Crush and Temple Run 2, the same cannot be said about Asphalt 9: Legends. The phone did stutter a few times when we were playing the game.

Amazingly, the 3,500mAh battery of the smartphone did not disappoint. We used the device for playing games, using social media apps like Instagram and watching videos. With moderate usage, the handset’s battery easily lasted the entire day with some percentage of it remaining. You can effortlessly get through the day with the device. If you use the charger that comes in the box of the smartphone, you will be able to charge the device completely in a little over an hour.

The call quality of the smartphone was good as well. We used the handset a number of times even in areas like basements and elevators, but we never encountered a problem with making or receiving calls.

Finally, let’s talk about the cameras of Nokia 7.2. The smartphone’s 48MP primary camera managed to click some amazing pictures during our time with it. The images turned out to be extremely clear and sharp and they had a lot of details. While the pictures clicked were visually very appealing, the colours at times did seem to be a little saturated. However, we should mention that this wasn’t the case always. Plus, you’ll only notice it if you are very particular about having natural colours in the pictures that you click.

The portrait camera of the device worked similarly. Although it did a fantastic job, the colours at times did look a little oversaturated. But again, you would not notice it if you aren’t keen on getting very natural colours on the pictures that you click.

The images taken at night from the device’s camera turned out to be good too. They became even better the moment we turned on the Night Mode. They retained the clarity of the shots that we clicked in well-lit conditions. 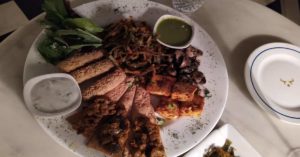 The macro shots that we took using Nokia 7.2 were also rich with details and showcased good colours. The wide-angle lens clicked decent images and managed to include more area in the image. However, these images did not have the clarity of the ones taken from the primary camera. But then, Nokia 7.2 is not unique when it comes to this. This actually is the case with every other budget smartphone.

Coming to the selfie camera of Nokia 7.2, the 20MP sensor did it an excellent job. The camera managed to capture the tiniest of details on our face and did a good job in well-lit as well as dimly-lit conditions. We got some really good pictures using it. We were really impressed with the selfie camera of the device and it is easily one of the big pros of the handset.

The starting price of Nokia 7.2 is Rs 18,599, and we have to say, that it is one of the best devices in this range. It has a beautiful design and a sturdy built, a vibrant display, a great camera and a very simple UI. The gaming experience could be better, but that’s the only real ‘con’ that we can point out. If you don’t enjoy gaming too much, Nokia 7.2 is a smartphone that you can buy without sparing a thought.

- Advertisment -
HMD Global recently launched Nokia 7.2 smartphone in the budget segment. The smartphone boasts of three cameras, has a 6.3-inch display and houses 3,500mAh battery.  It has also caught the attention of many thanks to its beautiful design. We used it for a little...Avani BaggaNokia 7.2 review: Ticks all the boxes