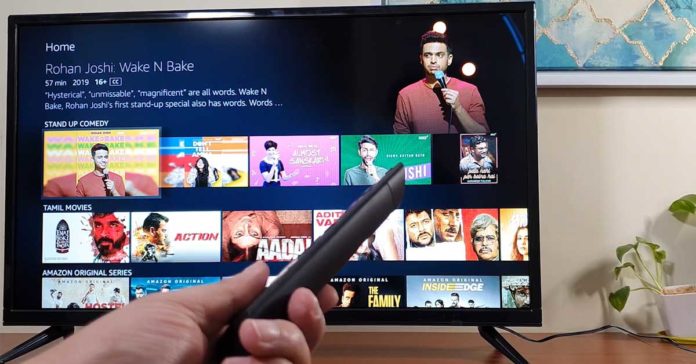 Onida was a household brand in the late ’80s and most of the ’90s. However, with the emergence of television from makers such as Samsung and LG, the homegrown brand has always been on the back foot ever since. Now the game has changed as Onida has partnered with Amazon and brought Onida Fire TV Edition 32-inch TV to the India market. This is the first of its type from the Indian company, which is trying to make a comeback in the already thick TV market. We got our hands on the Onida Fire TV Edition 32-inch and this is our review of the new smart TV.

Upfront the Onida Fire TV Edition 32-inch TV looks like any other flatscreen in the market. Black plastic bezels hold the 32-inch LED flat tube. The front also has the Onida branding at the bottom. The box contains the table feet as well as the wall mount. Setting it up is easy and with the supplied screws as well as an easy to understand user guide, you can set it up in no time. The TV set weighs 4.5 Kg, which is not heavy at all to work with. 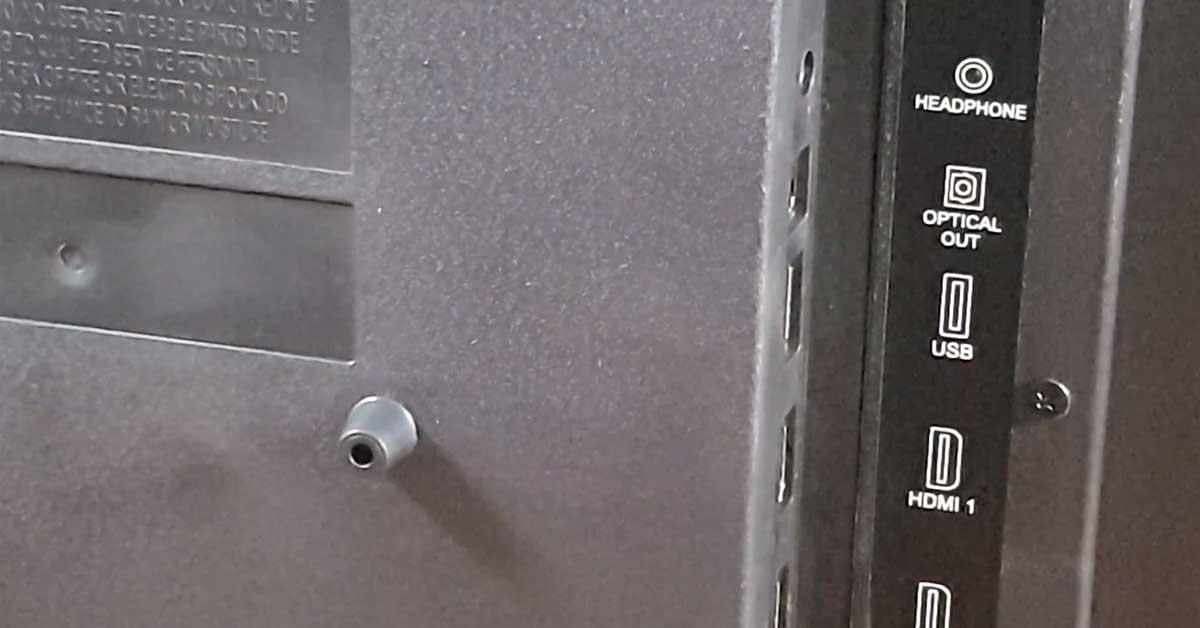 Onida Fire TV Edition 32-inch TV has twin down-firing speakers, which have 16W RMS output. The rear is also made up of plastic that has a lot happening on it. The right bottom has the single-use joystick button that can be used to change channels and also volume. The rear has two ports placements. One is on the side that holds 3 HDMI, 1 USB and a 3.5mm headphone port. The bottom has a down-facing port panel that has Ethernet, Antenna, composite and a power port. Both are accessible easily since the TV is light to manoeuvre. 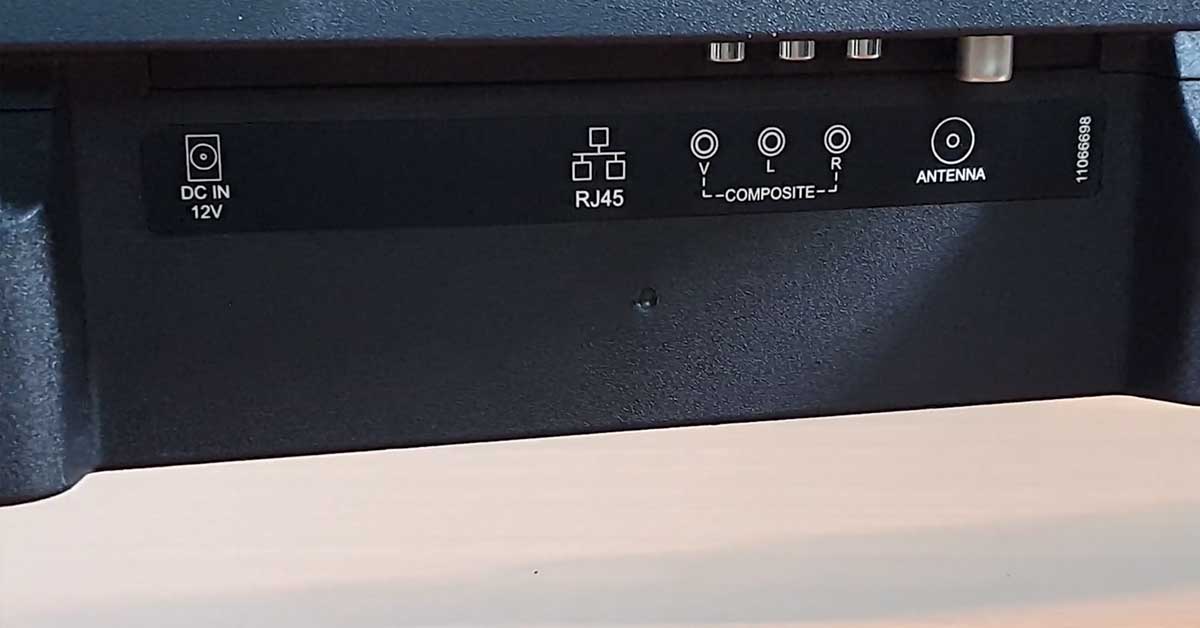 The Onida Fire TV Edition 32-inch TV comes with a minimalistic remote that has all the essential buttons as well as quick buttons for Amazon Prime, Netflix etc. It also has a MIC on it since the TV is a smart one. One can just talk to Alexa and find their latest OTT programs with a push of a button. 2 triple ‘A’ cells power the remote and those also come in the box.

Let’s get this out of the way, the Onida Fire TV Edition 32-inch TV is not FHD TV it is just HD, which means it can only display graphics up to 720P resolution. Which kind of is a deal-breaker for many, however, we would want to stress on the point that the colours and sharpness along with the swift FireTV OS make up for it. Talking about which, the Fire TV OS setup takes about 10 minutes to complete and once done you are set to watch all your favourite shows. 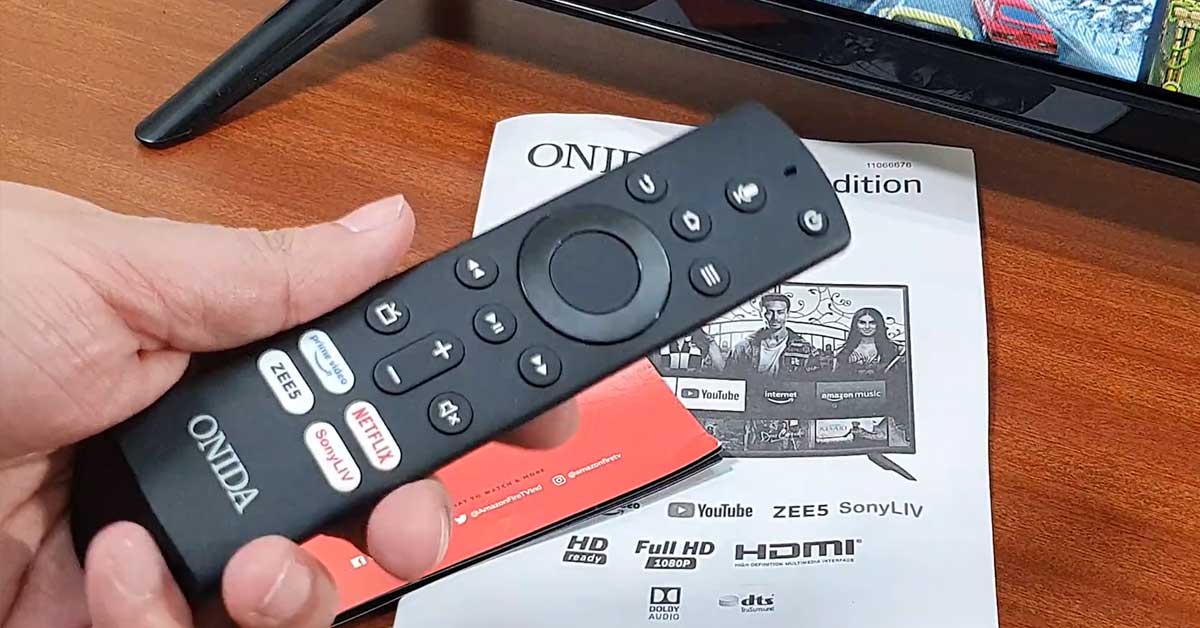 The boot time is slightly high, however since it just has 1GB RAM inside, 20-25 seconds for the TV to start is not bad. The TV opens directly in the FireTV OS system and you get all the apps such as Amazon Prime, Netflix, Zee5, Alt Balaji, Hotstar etc right from the get go. YouTube is also there and one can download more apps if the need be. There is 4GB storage inside, so that can hold some extra apps. For video and picture playback, you would need to connect them using the USB drive. All popular formats such as JPEG, MP4, MP3 are supported from the USB drive.

We played a lot of YouTube videos as well as Netflix programs on the TV and we found the experience to be very decent. Since this TV is made for small to mid-size rooms, the sound drivers do good. In rooms bigger than 20×15 feet you might want to buy additional speakers. Another great aspect of the TV is Alexa integration and it works almost flawlessly. It recognised our accent 10 out of 10 times and 9 out 10 times displayed the correct results. All the Alexa skills come into the Onida Fire TV Edition 32-inch TV as well and one can make use of them just like any other Alexa device.

At Rs 13,999 Onida has got itself a contender in the segment. We would have loved it if the Onida Fire TV Edition 32-inch TV was Full HD and not just HD. However, good crisp colours and deep blacks do make up for it. The TV is being built near Mumbai and Onida assures good after-sales for the product. The Fire TV OS makes you feel at home and one can easily navigate through. If you are looking for a smart TV in a budget and do not mind the common looks, the Onida Fire TV Edition 32-inch TV is a very good option.

- Advertisment -
Onida was a household brand in the late ’80s and most of the ’90s. However, with the emergence of television from makers such as Samsung and LG, the homegrown brand has always been on the back foot ever since. Now the game has changed...Onida Fire TV Edition 32-inch TV review: A good smart option at affordable price