Oppo F15 review: Almost as good as it looks on paper

Oppo F15 packs a number of good specifications. But is it a good buy? 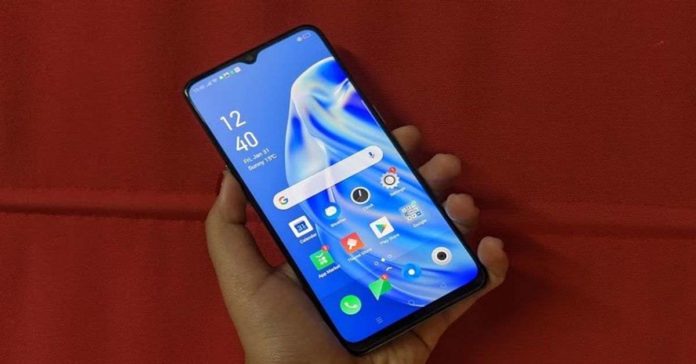 Chinese smartphone maker Oppo recently launched its F15 handset in the Indian market at a price of Rs 19,990. The device comes with a quad-rear camera setup, a beautiful-looking gradient back panel, an in-display fingerprint scanner and a big 4,000mAh battery. Considering the specifications, Oppo F15 should excel well when it comes to performance. We spent a few days with the smartphone to know what it’s really like and here’s our review of Oppo F15:

The Oppo F15 is very appealing to look at. The smartphone is available in Lightning Black and Unicorn White colour options and we got the latter one for review. The back panel of the smartphone has a gradient finish. At the top, it is White coloured, it turns Blue and Lilac towards the bottom. In our opinion, this made the Oppo F15 look beautiful. We have to say that the back panel of Oppo F15 did somehow remind us of the rear panel of the Huawei P30 Pro, but it only resembles it, and is not an outright copy. The back panel of the smartphone also has the camera module, the LED flash and Oppo branding on it. One thing that we really like about the built of the handset is that it’s very light in weight at 172 grams, unlike most other smartphones that we have reviewed recently. This made it very easy for us to carry the device with us. 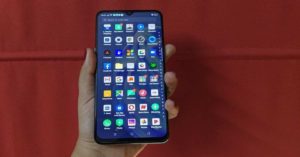 Flip over the device and you will see the 6.4-inch AMOLED display of Oppo F15. The screen of the handset has full-HD+ resolution and it is protected by Corning’s Gorilla Glass 5. The display of the device is also among its positive aspects. It is bright and it showcases accurate colours that remain consistent at different viewing angles. Whether you use the screen to watch videos, or just look at some images, you will see that they are sharp and have clarity. Even the sunlight readability of the handset is good, which we think is a very big plus point. The bezels of the smartphone outline its display and it is worth pointing out that the chin is thicker than the other three. The top bezel also has a notch to house the selfie camera.

The right edge of the smartphone has the power button while the left one has the volume rocker keys and the SIM tray. The bottom has the charging port, the 3.5mm headphone jack, the speaker grille and the microphone, while the top has the secondary microphone. 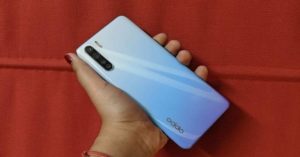 To sum up, the look and feel of the device, we would again say that Oppo F15 is very pleasant to look at. We really liked the design of the smartphone and although gradient back panels are nothing new, Oppo F15’s is particularly beautiful. The light weight and the strong built also add some extra points to design of the device. However, we should mention that it can be a little tough to fit the smartphone in a pocket. The display, as we said earlier, is another positive and we were quite happy with it.

Let’s talk about the specifications of the Oppo F15 smartphone. The device runs Android 9 Pie skinned with ColorOS 6.1.2 and it is powered by an octa-core MediaTek Helio P70 processor clubbed with 8GB RAM and 128GB of onboard storage. For more storage, the smartphone can hold a microSD card of up to 256GB. For imaging duties, there is a quad camera setup on the back panel of the smartphone with a 48MP primary sensor, an 8MP ultra-wide angle sensor, a 2MP macro sensor and a 2MP depth sensor. For selfies and video calls, there is a 16MP front-facing snapper. The camera of the smartphone also has support for EIS and AI video beautification. The handset houses a 4,000mAh battery and comes accompanies with a 20W VOOC 3.0 flash charger. 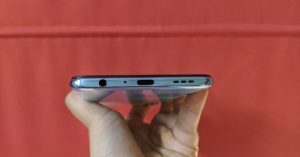 As far as the software of the device goes, it is customised and has some additional features like shortcut on the home screen for recently used apps, Google’s Digital Wellbeing and more. There are a number of pre-installed apps on the handset, but then, the good thing is that you can uninstall them if you find them unnecessary. Although we liked the additional features, we personally prefer phones that have stock Android.

Moving on, let’s talk about the performance of the device. Oppo F15 can handle most of the day-to-day tasks with perfect ease. We even used the smartphone to perform a number of functions at once like navigation and gaming. However, it handled that well and did not heat up. We also did not face any lag while using the smartphone. 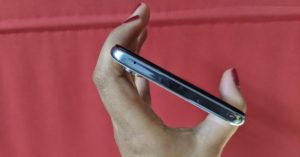 Speaking of gaming, we played a number of games on the device including Alto’s Odyssey, Temple Run 2 and Asphalt 9. Most of these games, although they differ from each other in terms of graphics, played well on the handset. It was only while playing the graphic-hungry Asphalt 9 that we faced a certain lag. A feature named ‘Game Assistant’ on the smartphone actually enhanced the gaming experience as it will give you options like blocking notifications and more.

The call quality of the device was good too. We faced no problem while making or receiving calls ever, even when we were in areas like basements and elevators.

The battery of Oppo F15 lasts an entire day with usage that involves long phone calls, listening to music, gaming and using the camera. A great aspect of the device is that it charges very quickly. It went from 0 to 90% in an hour and we think that this is very good.

Now, let’s talk about the cameras of the handset. The 48MP primary camera of the device clicks images that are 12MP in resolution by default. While this can be changed in the setting of the phone, users still don’t have the option of recording videos at 48MP resolution. 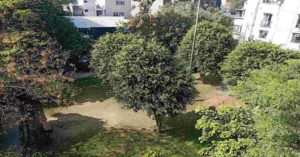 During the day, the camera does a very good job of clicking images that have vibrant colours and a good amount of details. The performance of the primary lens remains more of less the same in dimly lit areas too. The ultra-wide angle camera also offers a good amount of details, however, it wouldn’t be fair to compare it to the primary camera of the device. That is far better than the ultra-wide sensor. Another thing that we should mention is that the ultra-wide camera’s performance does go down a little bit. The depth sensor of the camera worked well too, and the app offers the option of adjusting the level of blur. However, it is only available before taking the shot and not later. 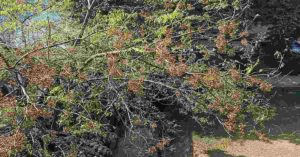 Coming to the selfie camera of the device, we managed to click some good shots in well-lit conditions. However, there is no ‘Night Mode’ for the front-facing camera, so images taken in dimly lit areas didn’t turn out to be great.

Oppo F15 is overall a good smartphone and there are a lot of pros that it has. It has a lasting battery and a great design and display. Its performance was also mostly good. However, the camera’s performance could be more consistent and we expected a few more features in the camera app like ‘Night Mode’ for the front facing snapper. Gaming experience was a little inconsistent too. Besides that, nothing is disappointing. It seems to be a good start to the year by Oppo.

- Advertisment -
Chinese smartphone maker Oppo recently launched its F15 handset in the Indian market at a price of Rs 19,990. The device comes with a quad-rear camera setup, a beautiful-looking gradient back panel, an in-display fingerprint scanner and a big 4,000mAh battery. Considering the specifications,...Oppo F15 review: Almost as good as it looks on paper