Should you buy the Oppo Reno 4 Pro? 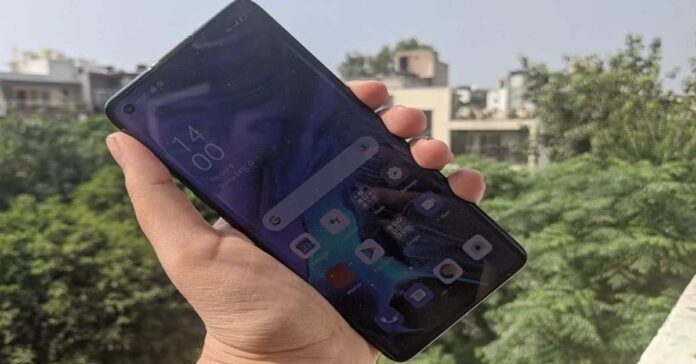 Chinese technology company, Oppo, recently launched its Reno 4 Pro smartphone in India at Rs 34,990. The smartphone comes with a curved display, a quad camera setup, and a 4,000mAh battery that has support for 65W Super VOOC 2.0 fast charging. We spent a few days with Oppo Reno 4 Pro and here’s what we think of it:

The design of the Oppo Reno 4 Pro is extremely premium. The look and feel of the smartphone make it stand out from the crowd and it can certainly be called one of its pros. We should mention that Oppo Reno 4 Pro comes with a curved display, so if you are someone who enjoys watching Netflix and YouTube content on your smartphone, you may want to consider it. The plastic back panel of the handset is also curved and has a matte finish on it. The two together make Oppo Reno 4 Pro quite stunning to look at.

The back panel of the Oppo Reno 4 Pro houses the quad-camera setup and also has the Oppo branding. The handset has to be held in the landscape mode to see the branding upright, and this emphasizes on how the company has focussed on the cameras of the device. The right edge of Oppo’s latest offering has the Power button while the left one has the volume rocker keys. The bottom edge has the speaker grille, the microUSB port, the microphone as well as the 3.5mm headphone jack, while the top edge has the SIM tray and the secondary microphone placed on it. Another thing that we liked about the smartphone is that it is very light. It weighs 161 grams and is just 7.7mm in width. 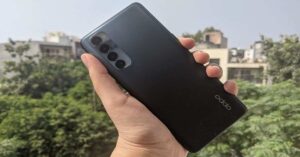 Coming to the display of Oppo Reno 4 Pro, it is another one of the key highlights of the handset. The smartphone is dominated by a 6.5-inch full-HD+ Super AMOLED display that is protected with a layer of Corning’s Gorilla Glass 5 and has a refresh rate of 90Hz. It is worth noticing that the Indian version of the handset does not come with support for HDR10, and although that might be a disappointment for some, in no way does it change the fact that the handset’s screen is amazing.

The images projected on the display of Oppo Reno 4 Pro are crisp and the colours are accurate and vibrant. We used the phone from different viewing angles and the colours remained consistent. The brightness of the device is good too. There is a hole-punch camera on the top left corner of the handset and the screen also has an in-display fingerprint sensor embedded on it. 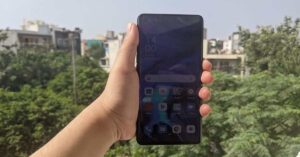 We watched a lot of Netflix and YouTube content on the device and even played a lot of games, and doing these two on the handset was simply a visual treat. The sunlight readability of the smartphone’s screen was decent as well. In a nutshell, the design and the display of Oppo Reno 4 Pro were definitely among its talking points, and if these two aspects matter to you, you would certainly not be disappointed.

Before we get started about the performance of the Oppo Reno 4 Pro, let’s take a minute to talk about the rest of its specifications. The handset is powered by an octa-core Qualcomm Snapdragon 720G SoC paired with 8GB of RAM and 128GB of internal storage. For additional storage, users have the option of adding a microSD card. The device runs Android 10 skinned with ColorOS 7.2 and a 4,000mAh battery that has support for 65W SuperVOOC 2.0. For imaging duties, there is a 48MP primary Sony IMX586 sensor, an 8MP secondary ultra-wide angle camera, a 2MP macro lens and a 2MP mono camera. There is a 32MP Sony IMX616 camera on the display for selfies and video calls.

Coming to the software of the smartphone, there are a number of tweaks that the skin adds like ‘Icon pull-down gesture’ and ‘Quick Return Bubble’. The company has also added some of its own services like Oppo LAB and Oppo Relax to the smartphone. 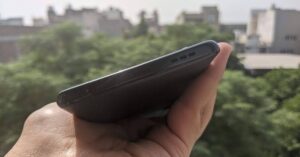 Moving on to the performance of the device, even though Qualcomm Snapdragon 720G is not the latest processor in the market, Oppo Reno 4 Pro managed to pull off most tasks with ease. But then, it definitely lags behind when compared to other devices in the same price range that have more powerful processors. In fact, OnePlus Nord is cheaper than Oppo Reno 4 Pro but still offers Snapdragon 765G SoC, which is a lot better than the 720G.

Of course, day to day tasks were not a problem as we could launch and switch between apps with ease and the smartphone’s performance didn’t deteriorate even when we multitasked on it. During our time with the device, we played a number of games on it including Asphalt 9: Legends and Alto’s Odessey. The smartphone handled them all very well, no matter how graphic heavy they were. Even though some of the gaming sessions were very long, the handset never heated up too much. It did warm up moderately after prolonged gaming, but we get to see that on several phones. 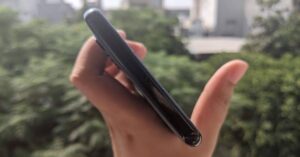 The 4,000mAh battery of the smartphone lasts for almost two days with moderate usage that involves watching YouTube content, some phone calls, listening to music and browsing through social media apps. Oppo Reno 4 Pro comes with 65W Super VOOC 2.0 fast charger that can charge the handset almost completely in half an hour.

Now, let’s talk about the cameras of the handset. Like we mentioned earlier, the device comes with four cameras and obviously, we had certain expectations. However, Oppo Reno 4 Pro could not really live up to them when it comes to photography. 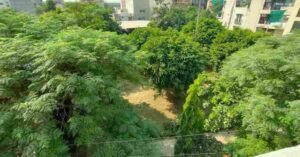 The 48MP primary camera does a great job during the day, in well-lit conditions and offers a good amount of detail in the shot. The colours were also vibrant and accurate. However, the quality dips as soon as you switch to the wide-angle sensor. 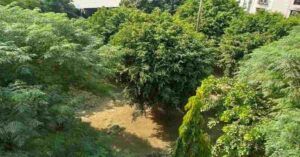 So basically, you give up on the the quality in lieu of greater area covered. Even the zoomed in shots lacked details and clarity at times. The colours did not remain as good as when you take images from the primary camera. 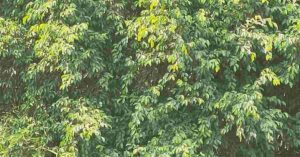 In dimly lit conditions, switch to Night Mode for best results. Otherwise the images may have some noise. Most of the selfies that we took using the front-facing snapper turned out to be good, especially the ones clicked in well-lit conditions. But then again, the quality fell when lights weren’t too bright.

To conclude, we would say that Oppo Reno 4 Pro comes with its own share of pros and cons. The design and the display are definitely among the positive aspects of the handset, while the cameras and the processor could have been better. The performance is smooth, but then with OnePlus Nord available at a cheaper price, Oppo Reno 4 Pro has plenty of competition in the same price rage.