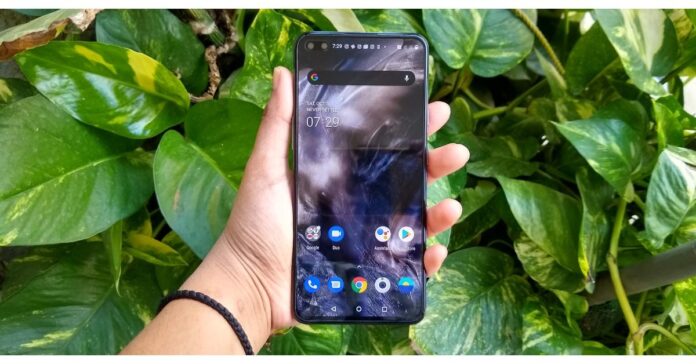 Recently, OnePlus launched its new budget offering in the India market. Yes, today we are here with the much-awaited review of the OnePlus Nord. The device delivers a similar Android experience just like OnePlus 8 and it also borrows a lot of similarities with its flagship line up. Nord is first in the company’s “affordable smartphone product line”, which comes in three distinct configurations. Though it has taken some shortcuts when it comes to SoC and the build quality, it still feels like a solid phone. OnePlus Nord price starts at Rs 24,999 for the 64GB variant and is Amazon exclusive. So, if you are hesitant to own a OnePlus device because of its expensive price tag then you should read our review of the OnePlus Nord as it brings you to a much closer mid-range segment price and performance.

The OnePlus Nord looks decent with on-paper specifications but first allows us to give you a closer look of the smartphone’s form factor and display performance. This time also the OnePlus smartphone has a glass on the back, but instead of a metal frame, it has used plastic. Subtle changes in the design give it a very fresh look. We got to lay around with the Gray Onyx colour, which we liked. There is another (Marble Blue) colour variant available, but we do think the company could have given more colour options to the users. 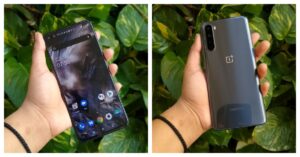 Built-wise it has a Gorilla Glass 5 protection on the front as well as the back. And to bring the cost down (as we said) this time the company has provided a plastic frame instead of the metal one which it usually offers on all its flagship devices. There is also a signature slider but it lacks a 3.5mm headphone jack or the support for expandable memory.

More on the design, up front it has a 6.44-inch full-HD+ Fluid AMOLED display with 90Hz refresh rate having 1,080×2,400 pixels of resolution and 20:9 aspect ratio. Which we have rarely seen being offered by any other brand at his price. On the right side of the frame, you get the slider and power button while the volume button has been given on the left. At the bottom, there is a nano-SIM, a USB Type-C port for charging and, of course, a downward-firing speaker. 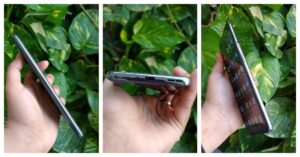 Altogether there are six cameras on the OnePlus Nord. Two on the front and four cameras on the back of the Nord. The rear quad camera set up is aligned vertically inside a pill-shaped module positioned on the top left corner. There is an OnePlus logo, which is right in the middle of the phone and the branding is done a little above the lower frame. The device ships with a silicone back cover, a charging cable and few stickers.

When it comes to its display performance, the 90Hz refresh rate driven screen feels smoother and it’s a blessing. Apart from gaming, scrolling news, Instagram and Facebook feed is buttery as well as effortless. Recently, we heard that the device has come across some issues concerning the display. We have come to know that about the red tint issue under darkness along with a horizontal line near the pill-shaped front camera cut out, but we are glad to inform you that our unit is completely glitch-free. We did not find any of those issues here.

In case you are facing any such issue do not hesitate to ask for a replacement from the manufacturer as soon as possible, Oneplus is doing that for all its customers. The AMOLED display also offers an excellent contrast ratio and the brightness is sufficient enough to be used under bright sunlight. And yes, there is a dark mode that has been perfectly implemented on the phone.

The dual-SIM (Nano) OnePlus Nord is powered by octa-core Qualcomm Snapdragon 765G SoC, which is an excellent mid-range chipset, paired with Adreno 620 GPU and up to 12GB LPDDR4x RAM with up to 256GB of UFS 2.1 storage that doesn’t support expansion via a microSD card. So we recommend you to go for the 128GB or 256GB storage as the 64GB variant might prove inadequate after a year.

The device usually handles normal to heavy usage with ease but not as fast as the OnePlus flagship phones. On the brighter side, the Qualcomm’s cheapest that comes here is integrated with 5G modem in the price range. 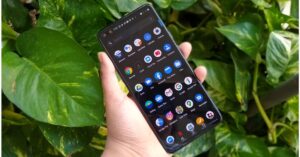 On the gaming front, the 765G and the 90Hz refresh rate screen proves to be a great combo, which brings out a smooth playing experience. We extensively played Call of duty and Asphalt 9  on this phone under highest graphics settings and it handled them smoothly as well. We did not come across any lag or touch latency and heating issues either as it is supported by 180Hz touch sampling rate.

The device is a multitasker and it is smooth and fast at whatever you throw at it. OnePlus Nord runs on Android 10-based OxygenOS 10.5. The UI is much similar to what we get on the flagship devices, which are clean, bloat-free, customisable and portrays Stock Android-like experience that also allows changing the UI’s theme colour as well. Here you get a call recording feature on the phone in the dialler app to record all your incoming as well as outgoing calls. To access it, swipe to the second panel on which you have received a call, but the caller will get alert when the recording begins as it has an audible voice prompt. In addition to this, it also lets you hide apps as well as a file that you wish to keep safe. Moreover, it also lets you turn on ambient display features. You can find this feature in the setting app to customise the feature when it needs to be activated. Besides the dark theme, you can also customise the power button too.

And yes, for the gamers the Game Space on the phone will help you organise all your games at one place, which also offers Fnatic mode to restrict all the background activities. As we mentioned earlier, the OnePlus Nord does not have the option to further expand the memory but those who are on a tight budget can go for the 64GB variant one where you get additional storage on the OnePlus cloud. All users get 5GB of free cloud storage to back up photos, videos and lots more.

And last but not the least, the most useful feature on the phone is of FileDash. Users can easily transfer large files to any phone that uses Wi-Fi and is comparatively quicker than Bluetooth. The fingerprint sensor on the phone works great ten out of ten times, while the face unlock does its job well too. 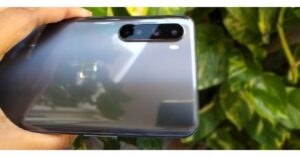 As you already know that the device comes with a quad rear camera setup it includes a 48-megapixel Sony IMX586 primary sensor with an f/1.75 aperture with optical image stabilisation (OIS) support. Moreover, it comprises of a secondary 8-megapixel ultra-wide-angle lens that has a field of view (FoV) of 119 degrees with an f/2.25 aperture. For macro shooting, OnePlus Nord has a 2-megapixel macro lens and a 5-megapixel depth shooter both having an f/2.4 aperture. 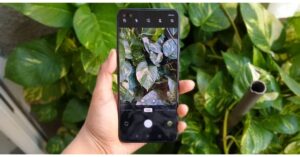 The macro lens on the phone lacked colours as well as details and we think it is of less use. But the 5-megapixel depth sensor does a pretty decent job with impressive bokeh effect. The edge detection is also perfect as it delivers nice subject focus with a superior background too. The pictures taken from the primary 48-megapixel sensor are full of details, but the colour looks unnatural. Also, it gives too much weight to the contrast while the images are over-saturated. Overall, they look good and spunky, but saturation could have been better.

On the other hand, the ultra-wide images delivered good pictures with decent colours and details. The only complaint here is that they came out to be slightly darker and not as vibrant as the primary sensor. 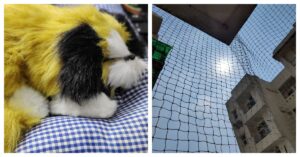 Just an FYI, OnePlus Nord is the company’s first phone with a dual selfie camera. It has a 32-megapixel Sony IMX616 primary sensor with an f/2.45 aperture and an 8-megapixel ultra-wide-angle lens that has an FoV of 105 degrees and f/2.45 aperture. The colour and details of the selfies taken from the primary lens comes out as pleasant as one can be. The colours are vibrant and the skin looks natural. While the ultra-wide-angle selfies are much similar to the ones taken through the primary camera. However, on zooming, we realised the images lack the detail and sharpness to the ones from the 32-megapixel sensor. 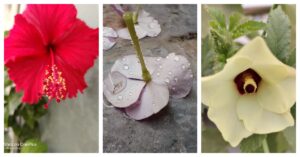 Now here comes the best part of the camera, the device is at par when it comes to low light photography. We tested out at a few different locations and to our surprise, the images have a good amount of details. However, there is a dedicated nightscape mode on the OnePlus Nord that helps to improve the visibility and details of low light conditions. In terms of videography, the phone maxes out at 4K 30fps, which is often seen on the premium ones. The stabilisation works great here. It is perfect for the vloggers and travel enthusiasts and same goes with the selfie camera. It too can shoot up to 4K resolution videos at 30fps, however, there is no stabilisation feature here. 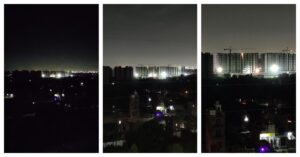 All in all. the cameras on the OnePlus Nord are above average and nothing world-shattering. Not that we thought it would be, but it is at par compared to other smartphones in this mid-tier segment. Personally, speaking, the cameras on the Nord could have been a lot better. Which can be the case as OnePlus does improves cameras performance over time with the new software updates.

In terms of battery life, OnePlus Nord ran for about a day and a half on a single charge. But on heavy usage, if you are a heavy user who plays lots of games, keeps checking social media profile and watches lots of videos, then the battery life will drop down to a day. During our test, it took an hour to charge it from zero to 100 percent.

This is the company’s most affordable device with top features which you get on flagship smartphones. The audio output is average from the single firing bottom speaker with a decent 4,115mAh battery with support for 30W Warp charge. At the moment it does not support wireless charging. The device is the best smartphone at its price and is the best option for those looking for a cheaper OnePlus device. OnePlus Nord has all the ingredients to be the top contender in the mid-segment and is a worthy buy.

Komila Singhhttps://www.gadgetbridge.com
Komila is a one of the most spirited tech writers at Gadget Bridge. Always up for a new challenge, she is an expert at dissecting technology and getting to its core. She loves to tinker with new mobile phones, tablets and headphones.