Playfit Slim review: For the fitness freak in you

With plenty of modes, this can very well be your next smartwatch. 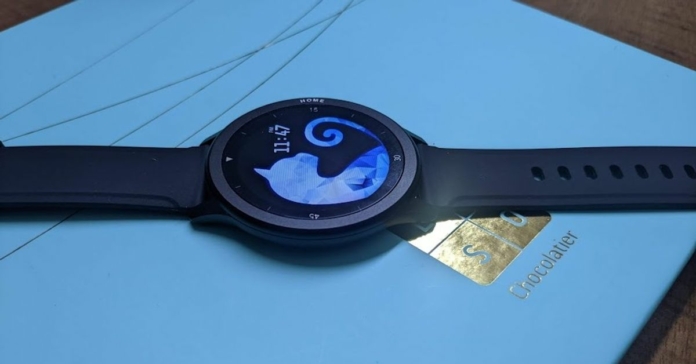 The look and feel of the Playfit Slim smartwatch is elegant and premium in spite of its pricing. The dial of the smartwatch is made of aluminium and it has a solid build. The device is available in Galaxy Black and Mystic Blue colours, and the one that we got for review was dressed in Black. The dial of the Playfit Slim watch is dominated by the 1.28-inch round IPS LCD display that is surrounded by thin bezels and has a 2.5D cover plastic.

While the plastic helps in case the smartwatch drops, it is prone to getting fingerprints. Speaking about the display of the device, it has a decent level of brightness and clarity, and sunlight readability was good too. We didn’t face a problem using the smartwatch outside our house. 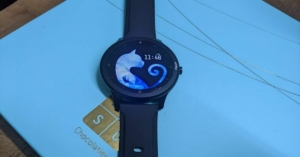 The watch has silicone straps that were mostly comfortable to wear and didn’t cause any irritation to the skin. Coming back to the dial, on its right side, the Home button of the smartwatch is placed that can be used as the Power button, to wake up the watch, to go back to the previous screen and obviously, to go back to Home from any given function. On the back of the dial, the heart rate sensor and the charging slot are placed. 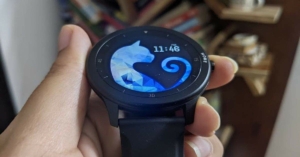 Overall, we can say that although the Playfit Slim cannot be called a stunner, it does have a good design and it looks tasteful. It was too big for our wrist, but when we asked someone with a broader wrist to try it on, it didn’t look out of place. You would easily be able to wear the smartwatch to your work meetings as well as to a casual party.

Now, let’s shed some light on the performance of the Playfit Slim smartwatch. The device runs RTOS or real-time OS, which is basically a lighter, trimmed down version of the regular software. Several other smartwatches that fall under the same price range also run the same operating system. Playfit Slim has a number of functions that it can perform including tracking steps and sleep, measuring heart rate and blood-oxygen levels, and it comes with 24 sports modes.

The last one is easily one among its USPs, since there is array of sports that it helps in tracking including Outdoor Running, Swimming, Cycling, Table Tennis, Skipping, Badminton, Tennis, Walking, Climbing, Basketball, Football, Baseball, Volleyball, Cricket, Rugby, Hockey, Spinning, Dance, Gymnastics, Jumping Jacks, Boating, Sit-Up, Yoga, and Indoor Running. For connectivity, the smartwatch supports Bluetooth 5.0. 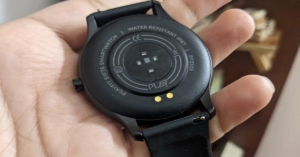 To connect the smartwatch to your smartphone, you will first have to download the PlayFit app from Google‘s Play Store or iOS App Store, and then follow a few mentioned steps. We had no trouble setting up the watch and anyone who’s even slightly digital savvy would be able to do it without any help. As with all other smartwatches, you need to have your smartphone’s Bluetooth on at all times. Once you do this, you would be able to see all the menus on the smartwatch and the app will show you your stats too. One has the option of picking from several watch faces to customise the watch according to themselves.

The step tracking of the device seemed to be accurate at most times, unless we were driving, then it obviously got confused with the movement. But we don’t really count that as a con, as most other smartwatches have the same problem.

The sleep tracking and the heart rate tracking seemed accurate as well, but there were times when they didn’t show up on the app. We tried to measure our Blood-oxygen level too, and firstly we should mention that it would only happen if you would put an Oxymeter on your ring finger, or press the top of the same finger hard for a few seconds. But the good thing is, that result always matched the one on the Oxymeter, which is definitely a plus.

We also tried using the various sports modes on Playfit Slim, and we were impressed by the consistency with which it tracked our activity. If you are into sports or are a fitness freak, this smartwatch is definitely for you. One, it offers to track so many sports, and secondly, it does it well.

Last but not the least, the battery level of the smartwatch, which was touted by the company to be of 7 days, actually lasts. Although we didn’t use it for a whole 7 days, we noticed that even after 5 days of our usage, only 50% of the juice was gone. So it could have easily lasted us 7 days.

Although there are a number of smartwatches available in the budget segment, Playfit Slim is for those who are big time into sports and fitness but don’t want to spend a lot on their device. It has a solid build, an average display, and it comes with 24 sports modes and a lasting battery. At a price of Rs 3,999, it is a good buy. However, you must also check out Amazefit in the same price segment because that was a notch up in terms of performance, yet is priced around this one.

- Advertisment -
Playfit Slim review: For the fitness freak in you24 sports modes. Yes, Playfit Slim smartwatch actually comes with that many sports modes. It is one of the most talked-about things of this smart device, besides its battery that is claimed to last 7 days and an affordable price of Rs 3,999. But...