Should Poco X2 be your next buy? 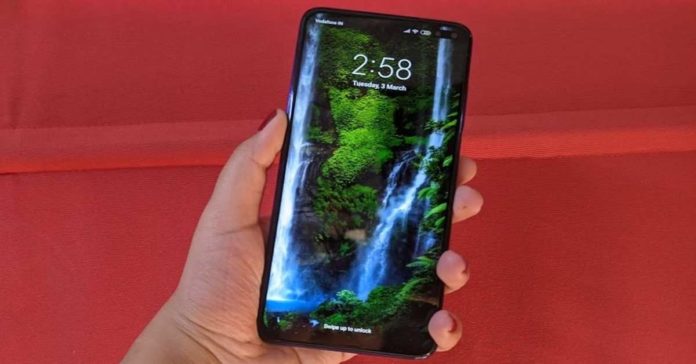 Xiaomi’s spin-off brand Poco recently launched its X2 smartphone in India. The smartphone is available in three variants and falls in the sub-Rs 20,000 category. In this segment, the Poco X2 has a number of competitors. But then, it comes with a massive 4,500mAh battery, is powered by Qualcomm’s Snapdragon 730G, and its display has a refresh rate of 120Hz. We spent a few days with the smartphone to find out how good it really is. Check out our review of Poco X2 to know more:

With Poco X2, Xiaomi is offering a smartphone that will be perfect for you in terms of design (if you like flashy gadgets). The handset has a gradient rear panel that is bright blue in colour and is made up of glass. The back panel of the device also has the vertical camera module that has a circular design around it. There is also the ‘Poco’ branding towards the bottom of the rear wall. However, it is worth pointing out that the device does not have Xiaomi written on it. Poco X2 is available in Atlantis Blue, Phoenix Red and Matrix Purple colour options and the one that we got for review (like we said) was dressed in blue. 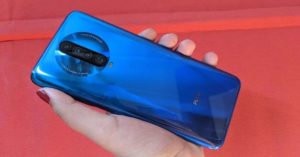 The edges of the handset are made up of a plastic-like material. While the right side houses the power and volume rocker keys, the left one has the SIM tray sandwiched in it. The top has the secondary microphone and the bottom edge has the Type-C port, speaker grille and the 3.5mm headphone jack on it. It is worth pointing out that the power button also doubles up as the fingerprint scanner. This reminded us of devices from the Sony XPERIA range that we have reviewed in the past. The device is protected by Corning’s Gorilla Glass 5 on the front as well as on the back.

Coming to the front, you will see the 6.67-inch screen of the Poco X2. The display of the smartphone has an aspect ratio of 20:9 and the overall device looks very large. We should mention that one-handed usage is kind of difficult on the smartphone and we often had trouble reaching all the parts of the screen including the  volume rocker buttons. A very noticeable thing about the front panel is the dual selfie camera sensors on the top right of the device. Although this did not hinder the viewing experience most of the times, when we watched some videos on YouTube in full screen mode, the black pill was very evident. Poco has also sandwiched the ear speaker of the handset at the top in a very thin slit between the screen and the top edge.

To conclude, we would say that the design of Poco X2 has its pros and cons. The device is good looking and those who like flashy gadgets would really like it, but we would have preferred something more subtle, so it is a bit subjective. While the glass back panel makes the smartphone look premium, at the same time makes it slippery too. It is also worth citing that the back panel of the smartphone is prone to getting fingerprints, so it would be advisable to keep a microfiber cloth with you at all times. We would recommend you to go for the device if you like premium looking phones, but then, you would have to take a lot of care of it just like any other premium device.

Coming back to the 6.67-inch 2340×1080-pixel driven display of the smartphone, it was one amongst its key highlights. The display projected bright and vibrant colours at all times, which remained consistent at different viewing angles. The images that were shown on the screen were sharp and clear. We watched a lot of YouTube videos on the device and the quality of the images on the screen remained top-notch even at very high resolutions. 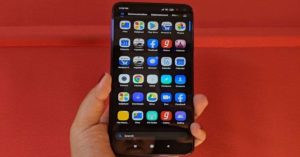 It is worth mentioning that the screen of the device comes with 120Hz refresh rate and this pushes up the user experience a couple of notches.  The sunlight readability of the smartphone’s display was good too, and we always consider this to be a big plus.

Before we talk about the performance and cameras of Poco X2, we will take a minute to talk about the rest of its specifications. Poco X2 is powered by Qualcomm‘s Snapdragon 730G and it is available in three storage options: 6GB RAM/64GB storage, 6GB RAM/128GB storage and 8GB RAM/256GB storage. While the base variant costs Rs 15,999, the high-end one is priced at Rs 19,999. The device runs Android 10 skinned with MIUI 11.0.3 Poco Launcher and it houses a 4,500mAh battery.

Coming to the software integrations of the handset, the first thing that we noticed was that it comes with a lot of bloatware. Poco X2 has a number of pre-installed apps like Gaana, Helo, Facebook, Opera, Amazon and a lot of Xiaomi’s in-house apps too. The device also has the company’s own GetApps store and we received an annoying number of notifications asking us to install apps via it during our time with the device. The handset also comes with some ‘Special Features’ in its Settings app that make tasks like gaming and messaging better. 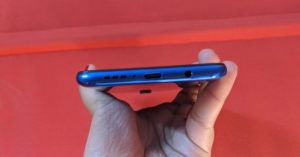 Speaking about the performance of the smartphone, it excelled in most of the tasks that we assigned it with. We launched multiple apps on the device and switched between them, and even used multiple tabs of Chrome together, but we did not see any lag in the performance. Poco X2 could manage multitasking like a cakewalk. We played a number of games on the smartphone and even when we tried graphic-hungry ones like Asphalt 9: Legends, the device did not warm up even once. We even used the smartphone for navigation for over 40 minutes and even then, it did not heat up.

Coming to the battery life of the handset, when our usage was heavy and involved long phone calls, watching YouTube videos, playing games and using social media apps, it lasted an entire day. Which is a great thing to achieve in a mid-segment smartphone.

The call quality of the smartphone was decent at most times. We could make and receive calls from any area including basements and elevators and we had no problem hearing the person on the other end of the call either.

Now, let’s talk about the cameras of the smartphone. Poco X2 comes with four cameras on its back and two cameras on its front panel. The device has a 64MP Sony IMX686 sensor that has an f/1.89 aperture, an 8MP ultra-wide camera with an f/2.2 aperture, a 2MP macro lens with a focal length of 2cm-10cm and a 2MP depth-sensing camera. On the front, there is a 20MP selfie camera along with a 2MP depth sensor. 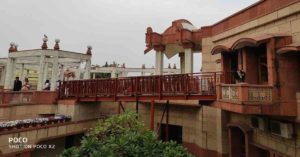 We certainly believe that the camera app of the Poco X2 could become better, especially the UI. If you wish to use the wide-angle camera, you would have to use the zoom control to go to it as there is no toggle button dedicated for it. This became difficult at times. Even selecting various modes of the app wasn’t as easy as it is in other apps, some of them from Xiaomi. 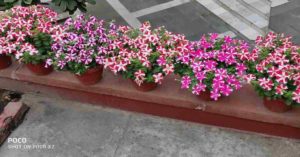 The primary camera of the smartphone did a great job. The pictures turned out to be very sharp and the colours were accurate and vibrant. A very good thing about the photos was the fact that the details came out really well, particularly in well-lit conditions. In dimly-lit conditions, the quality of images did deteriorate.

The wide-angle camera of the handset does not match up to the primary camera in terms of quality. However, this is something that we expected. While they do manage to get a lot more area in the picture, the quality does go for a toss. This is particularly true in dimly lit conditions and however switching over to the night mode helps. The macro lens also had a similar performance in well-lit and and room with less light. The quality of images did fall when we tried to use it in slightly dark areas. 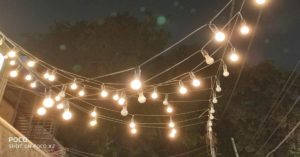 Coming to the selfie cameras of the smartphone, we were happier with them than we were with some of the rear cameras. We clicked a number of pictures using them and all the shots that we got were good and well detailed, even the ones that we took in dimly-lit conditions.

At a cost of Rs 19,999, the Poco X2 comes with its own set of pros and cons. The positive points of the smartphone include its display, its smooth performance, front camera and its lasting battery life. The design of the handset has a few issues like it is a bit slippery and its one-handed usage can be troublesome for people with small hands. The UI has a lot of bloatware and the some of the rear cameras gave us mixed results. However, if you want to buy a device that can handle heavy games and can multi-taks well, or if you love to watch videos on your smartphone, you would not be disappointed with Poco X2.

- Advertisment -
Xiaomi’s spin-off brand Poco recently launched its X2 smartphone in India. The smartphone is available in three variants and falls in the sub-Rs 20,000 category. In this segment, the Poco X2 has a number of competitors. But then, it comes with a massive 4,500mAh...Poco X2 review: The comeback smartphone