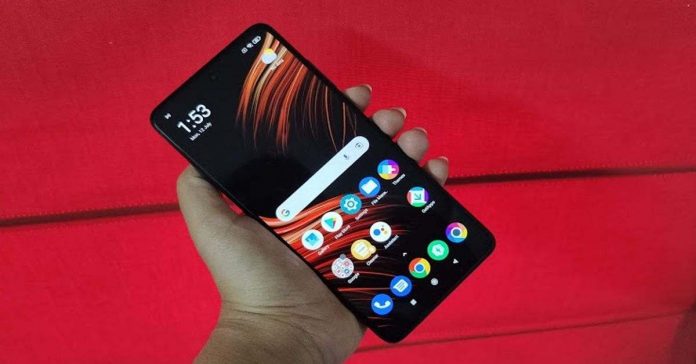 Poco X3 Pro was recently launched at a starting price of Rs 18,999, and hence, it lands in the most competitive segment of the Indian smartphone market. It comes with a 48MP camera, Qualcomm’s Snapdragon 860 processor and a very impressive design. But what is it like when used for a few days? Read our Poco X3 Pro review to find out.

Flashy, funky, bold…so many words come to our mind when we think of describing the design of Poco X3 Pro. It’s anything but mundane. The smartphone is kind of bulky to look at, and not surprisingly, a little heavy to hold at 213 grams. The device is available in Graphite Black, Steel Blue and Golden Bronze colours and the one that we got for review was dressed in Black.

It has a uniquely shaped camera module on its back panel, that looks somewhat like a circle, but its top and bottom are more like that of a rectangle. The module has four camera lenses and an LED flash. The sides of the back panel have matte finish, whereas in the centre, there is a glossy stripe with diagonal lines and POCO branding on it. Poco X3 Pro comes with IP53 rating and according to the company, it is splash-proof. 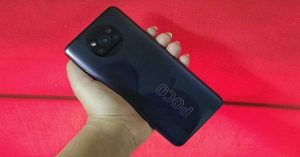 The right edge of the smartphone has the volume rocker keys and the Power button that doubles up as a fingerprint sensor. During our time with the device, it worked perfectly well every time we tried to use it. The left edge of the handset has a hybrid SIM tray, so you must choose between a second SIM card or a microSD card. The top edge has an IR emitter, the secondary speaker and another hole for better sound, while the bottom edge has a 3.5mm headphone jack, the primary speaker and the Type-C port.

Flip over, and you will see the 6.67-inch full-HD+ LCD display of the smartphone that comes with a hole-punch camera on the centre-top. The earpiece is tucked between the display and the top edge of the handset. The screen of the device is protected with Corning Gorilla Glass 6 and comes with a maximum refresh rate of 120Hz and a maximum touch sampling rate of 240Hz. The display also has support for HDR10 and it outlined with thin bezels, although the chin is slightly thicker. The colour reproduction is accurate and they remain consistent at various viewing angles. The images are sharp and clear, but the sunlight readability could be better. We spent hours watching Netflix shows on the device, and we were very happy with the results. 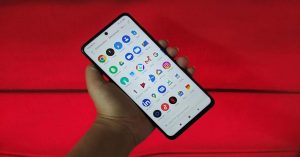 In a nutshell, we were quite happy with the design and the display of Poco X3 Pro smartphone. Both are definitely among the pros of the smartphone.

Before we speak about the performance of Poco X3 Pro, let’s take a minute to talk about the smartphone’s specifications. The device is powered by Qualcomm Snapdragon 860 octa-core processor, coupled with up to 8GB of RAM and 128GB internal storage. The handset packs 5,260mAh battery and supports 33W fast charging, and runs Android 11 skinned with MIUI 12.

Poco X3 Pro smartphone’s OS has several customizations including Game Turbo for gaming shortcuts and Second Space to enhance user privacy. It also comes with a number of preloaded apps including Facebook, LinkedIn, Prime Video, etc, and GetApps store, which along with Themes browser is responsible for a lot of notifications that you’ll get. The lock screen of the device also shows a lot of promoted content, unless you go and disable it. 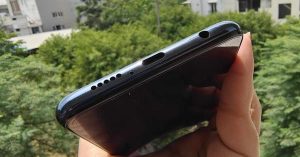 Coming to the performance, the smartphone could handle everyday task very smoothly. We often multi-tasked on the device and ran several apps and Chrome browsers simultaneously, and during our time with the device, we noticed no lag while doing so.

Gaming is one of the best aspects of Poco X3 Pro. We played games starting from Temple Run 2 to heavy ones like Asphalt 9: Legends and they all ran without any hiccups. We really enjoyed gaming on the device, and it only became better when we enabled Game Turbo, which made sure that no notifications distracted us. If you spend too much time gaming, the phone starts warming up, but then, that’s not something unique to Poco X3 Pro.

The biometrics of the smartphone including the fingerprint sensor and facial recognition worked well at all times, and were quick to respond. The battery life was also very lasting. With usage that involved gaming, an active Instagram account, listening to Spotify and clicking pictures, we could easily manage a day and a half.  Over this, the device can be charged completely in less than an hour, which is another plus.

The cameras are not among the pros of the handset. The shots that we took in daylight turned out good enough, but the colours were not as vibrant as they should have been in the shots that we took indoors. The details in the images captured dropped when we used the ultra-wide camera and the results were not super. We used the other two cameras as well to capture some close-up and portrait shots, and they turned out to be average. The quality doesn’t really match up to what we have seen in other phones in this price range.

Images taken in dimly lit areas could really be better, and even with Night Mode turned on, the camera could only manage average shots. We have seen better from some of the Redmi smartphones.

The 20MP selfie camera of the smartphone does a decent job, but again, the images taken can’t be termed as great. Overall, the cameras left us with mixed bag of feelings.

Most aspects of Poco X3 Pro work in its favour. The design and the display of the smartphone are definitely among its pros, and so are its battery and performance. However, what goes against it is the spammy notifications, the promotional content, and the cameras could have been better. We do recommend the phone for its smooth performance, but you should know what you’ll be missing out on before you make the purchase. We for one feel, gamers would love it.

- Advertisment -
Poco X3 Pro was recently launched at a starting price of Rs 18,999, and hence, it lands in the most competitive segment of the Indian smartphone market. It comes with a 48MP camera, Qualcomm's Snapdragon 860 processor and a very impressive design. But what...Avani BaggaPoco X3 Pro review: A smooth performer