Samsung Galaxy A52 review: What a wonderfully well-made device

It's a stunner for sure...but how is otherwise? 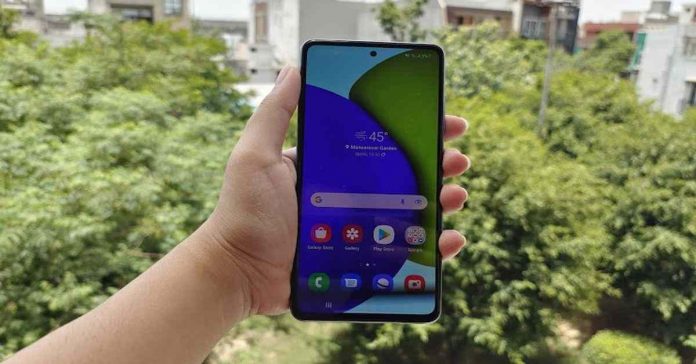 Samsung Galaxy A52 was launched in the Indian market some time back at a starting price of Rs 26,499. The smartphone looks is very good and different to look at, sports a quad camera setup and packs a 4,500mAh battery. But does the performance of the device match its good looks and specifications? We spent a few days with the smartphone and here’s our review of Samsung Galaxy A52 that details on all the pros and cons of the device:

Samsung Galaxy A52 design and display

The look and feel of Samsung Galaxy A52 really make it stand out. The smartphone is available in Awesome Black, Awesome White, Awesome Blue, and Awesome Violet colour options and the latter two variants look funky. The device that we got for review was dressed in blue. The back panel of Samsung Galaxy A52 is made up of plastic and has a matte finish, so you will not face any problem with fingerprint smudges. There is a camera module on the back of the handset which houses four lenses and an LED flash. Besides this, the back panel also has ‘Samsung’ branding. 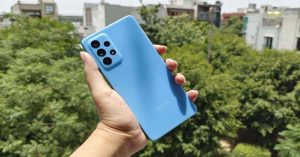 The company could have opted for a material other than plastic to make the device look more premium at this price point. But moving on, the edges of the smartphone have a glossy finish and the Power and Volume Rocker keys are sandwiched on the left one. The top edge has the SIM tray and the secondary microphone, while the bottom edge has the Type-C port, speaker grill, microphone and a 3.5mm headphone jack. The handset has an IP67 rating, which means that it is dust and sand proof and is also tested to work perfectly after being in up to 1 meter of water for half an hour.

Flip over and you will see the 6.5-inch Super AMOLED full-HD+ hole-punch display of Samsung Galaxy A52. We have seen thinner bezels than that of the smartphone, and the chin at the bottom is even thicker. There is a selfie camera in the hole on the top and the fingerprint scanner embedded on the lower half of the screen of the device. The colours projected on the display of the smartphone were bright and vibrant and the images were crisp and sharp. The colours remain consistent at different viewing angles and the sunlight readability was decent. 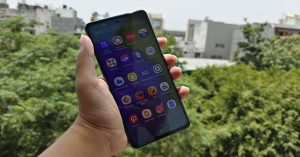 The display of the smartphone comes with a refresh rate of 90Hz, which can also be turned down to 60Hz in case you want to get more battery life. We watched quite a few Netflix episodes on the device, and during our time with it, we had a decent viewing experience. YouTube videos were much better to watch even at 1080p.

Samsung Galaxy A52 performance and cameras

Before we begin talking about the performance of Samsung Galaxy A52, let’s take a minute to shed light on the rest of its specifications. The handset is powered by the Qualcomm Snapdragon 720G processor coupled with up to 8GB of RAM and 128GB internal storage. The smartphone has a hybrid SIM card slot, so you can either choose to add a second SIM card or a microSD card. The device houses 4,500mAh battery and runs Android 11 skinned with OneUI 3.1. There are plenty of bloatware apps on Samsung Galaxy A52 including Snapchat, Candy Crush Saga, Moj, ShareChat, PhonePe, Amazon, etc. The good thing is that most of these apps, apart from the ones from Samsung’s own suite, can be uninstalled. The device also comes with Galaxy Store, which sends quite a few notifications. 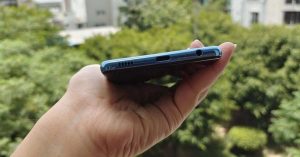 Samsung Galaxy A52 turned out to be a smooth performer. We multitasked a lot on the smartphone and it managed to most tasks we threw at it with ease. We opened and switched between a lot of apps and multiple Chrome tabs during the day, and we didn’t encounter any lag or stutter while doing so. We read e-books on Kindle, watched shows on Netflix, listened to audiobooks for hours, and we our experience was a pleasant one. We should mention though that the device starts warming up while watching movies and playing games. In fact, gaming was an aspect that we have mixed feelings about. On one hand, even graphic-hungry games like Asphalt 9: Legends ran smoothly, but as we mentioned earlier, the device started heating up after a while and we also noticed a drop in the battery levels just after 15 minutes. 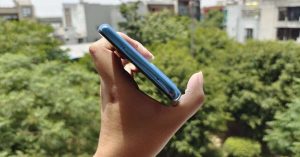 Coming to the battery life of the smartphone, the 4,500mAh battery can last a day and a half with moderate usage involving watching Netflix and YouTube videos, listening to music, clicking pictures and an active Instagram account.

The call quality of the smartphone was good too, and neither we faced a problem listening to callers, nor did they while listening to us.

Finally, let’s talk about the cameras of Samsung Galaxy A52. The device comes with a quad-camera setup on its back panel that includes a 64MP primary sensor, a 12MP ultra-wide angle lens, a 5MP macro lens, and a 5MP depth sensor. On the front panel, there is a 32MP selfie camera. We should mention that the camera app has a variety of other modes including Single Take, Pro, Night mode, Slow Motion, Hyperlapse, etc. There is a scene optimizer on the camera app which could recognise most of the objects we clicked. 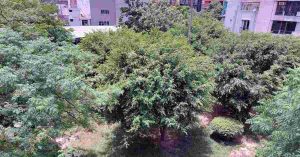 The camera experience on the device was average. The images that were taken in daylight by the primary camera turned out to be decent, but we should mention that when we transferred them to our laptop, they did lose some quality. But the images taken from the primary camera were obviously better in terms of detail as compared to the ones taken from the ultra-wide sensor. But those weren’t bad either. The images clicked in dimly-lit areas were average and Night Mode only made them marginally better. 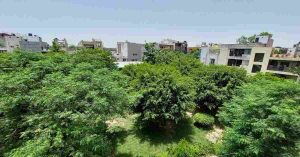 We tried using the Macro and Portrait modes on the smartphone too, and the results that we got from them were quite good. We were happy with the quality and the details of the images that were captured. 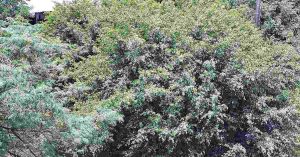 The selfie camera mostly did a good job too, and performed decently in low-light areas too.

We had much fun in the Samsung Galaxy A52 review. The smartphone has a great design, a good display, and its IP67 rating is definitely a big plus. The battery was lasting too. The cameras could be a lot better, and some aspects of the performance like warming up of the device were a bit disappointing. If the pros of the smartphone that we mentioned in the review are what you look for in a device, you can go for Samsung Galaxy A52, but otherwise, you may want to consider another Samsung device. There are plenty of handsets from Samsung’s own M and A-range that have proven their mettle, so you might want to go for them instead.

- Advertisment -
Samsung Galaxy A52 was launched in the Indian market some time back at a starting price of Rs 26,499. The smartphone looks is very good and different to look at, sports a quad camera setup and packs a 4,500mAh battery. But does the performance...Samsung Galaxy A52 review: What a wonderfully well-made device