Should you buy the Samsung Galaxy M31? 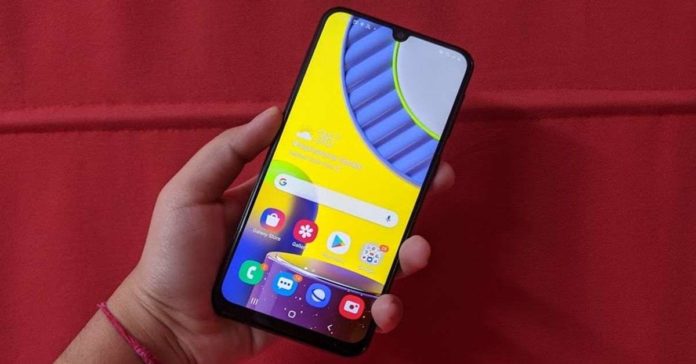 Samsung Galaxy M31 has a massive 6,000mAh battery and it sports a 64MP primary sensor. Getting these two in the budget segment seems like a good deal already. But how good is it really? We spent a few days with Samsung Galaxy M31 and here’s our review of the smartphone:

When you look at the Samsung Galaxy M31, you would certainly be reminded of the Galaxy M30s smartphone. Both the handsets do have a lot in common in terms of the design. To begin with, both Samsung Galaxy M31 and Galaxy M30s sport 6.4-inch displays and come with waterdrop-shaped notches on the top of their screens. Both also have a plastic built, but then, that’s common in all smartphones in Samsung’s M series.

The bezels that outline the Infinity-U display of the smartphone is not exactly very thin and the chin at the bottom is thicker than the other three. The right edge of the smartphone has the power and volume rocker keys sandwiched on it while the left one has the SIM tray. The top edge has the secondary microphone while the bottom has the 3.5mm headphone jack, USB Type-C port, speaker grille and microphone on it. 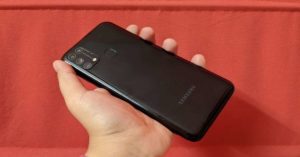 Flip over and you will see the back panel of Samsung Galaxy M31. The rear panel has the fingerprint scanner in the centre, a quad-camera setup that also houses the LED flash and the Samsung branding. It is worth mentioning that the smartphone has slightly curved sides and that actually helps with the grip and one-handed usage of the device.
Samsung Galaxy M31 is available in two colour options — Space Black and Ocean Blue — and the handset that we got for review was dressed in Black.

To sum it up, we would say that while the look and feel of Samsung Galaxy M31 may be similar to that of other smartphones in the company’s Galaxy M series, but then, the handset is elegant-looking.

Coming to the 6.4-inch full-HD+ AMOLED display of the smartphone, it was one among the pros of the device. The colours it projected were accurate and they stayed consistent at different viewing angles. The images were sharp and clear and the experience of watching videos was also a smooth one. The smartphone also scored well in terms of sunlight readability. It is worth adding that Samsung has added Corning’s Gorilla Glass on top of the handset’s display for protection.

Before we begin speaking about the performance and cameras of Samsung Galaxy M31, we’ll take a minute to talk about the rest of its specifications. The smartphone is powered by Exynos 9611 octa-core processor clubbed with Mali-G72 GPU that takes care of graphics. The smartphone comes with 6GB of RAM and is available in two storage options — 64GB and 128GB that are priced at Rs 15,999 and Rs 16,999 respectively. Right now, Samsung is offering a discount of Rs 1,000, so you can actually buy the 64GB storage version for Rs 14,999 and the 128GB storage variant for Rs 15,999. 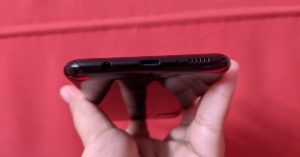 Users also have the option of adding a microSD card of up to 512GB, to expand the memory further. Samsung Galaxy M31 runs Android 10 skinned with OneUI 2.0, which gets its own share of customizations and tweaks. For instance, you will find features like Dark Mode, Focus Mode, Parental Controls and Digital Wellbeing on the phone. The smartphone has a considerable amount of bloatware and it comes with several pre-installed apps like Netflix, Candy Crush Saga, Facebook, Helo, Likee, Solitaire Infinite, etc. There is also the My Galaxy app which belongs to Samsung’s own suite and sends an annoying number of notifications.

While the design and the display were the pros of the smartphone, the same cannot be said about the performance of Samsung Galaxy M31. It was far from being flawless. A very weird problem we encountered with the device was that apps take unusually long to download. When we were setting up the device, it took multiple attempts on our part and hours to update Google‘s suite of apps. After that, installing any app on the device took way longer than it does on most other phones. To make sure that the problem wasn’t arising because of our Wi-Fi connection, we disconnected the smartphone from it and tried using 4G instead. However, that did not help too. Also, we tried downloading a number of apps on other devices connected with our Wi-Fi network at the same time and we encountered no problem with them.

Having said that, we did not encounter any lag while launching or switching between apps on the device. Thanks to the 6GB RAM of the device, multitasking was not an issue too.

We tried gaming on the smartphone too. We played some light games like Alto’s Odessey and then we moved on to some graphic-hungry ones like Asphalt 9: Legends. Needless to say, we didn’t encounter any problems while playing games like Alto’s Odessey. However, the experience wasn’t as smooth with Asphalt 9. Although the frames didn’t drop and the game ran perfectly, but the device started heating up just after 15 minutes of gameplay. This is definitely one of the issues that we encountered with the handset.

Coming to the fingerprint scanner of the smartphone, it worked well at all times, even when our finger was slightly moist. The facial unlock was decent too.

One of the key highlights of the smartphone is its massive 6,000mAh battery. While this does make the device a little heavy, it is extremely useful to have a battery as big as that. Even with heavy usage that involved hours on social media apps, watching videos on YouTube and Netflix, clicking pictures and listening to music, the battery of the smartphone lasted for almost two entire days. Samsung has also packed a 15W charger with the handset, so it won’t take too long for you to charge the smartphone.

Now, let’s finally talk about the cameras of Samsung Galaxy M31. The device sports a quad-camera setup that comes with a 64MP primary sensor, an 8MP ultra-wide sensor, a 5MP depth sensor and a 5MP macro lens. For selfies, there is a 32MP front-facing snapper.
The photos that we took using the primary camera of the smartphone turned out to be great. The colours were bright and vibrant and they had a good amount of details too. By default, the images from this camera lens will be saved in 16MP shots. However, you can change this to full resolution if you wish to. The images taken the 64MP primary camera remain consistent in various lighting conditions.

While switching to the wide-angle camera does include a lot more area in the image, the quality of the image does go down as compared to the primary camera. Zoomed-in shots lack details and at times, they didn’t match up in terms of quality too. The results were sort of inconsistent with lenses other than the primary sensor.

In dimly lit areas, all sensors apart from the 64MP one take long to focus. Some wide-angle and zoomed-in shots that were taken in dimly lit areas had noise closer to the edges too. The Night Mode helps with this, but not tremendously.

Coming to the selfies taken with the 32MP front-facing snapper, most of them turned out fine in well-lit conditions, but their quality did drop in areas that were dimly lit.

At a starting price of Rs 15,999, there are a fair number of reasons to buy the Samsung Galaxy M31. These include its design, the vibrant display, the long-lasting battery and the primary camera. However, the cons include the heating issue and a few software glitches that we mentioned earlier. We are sure those will be taken care of in the next OS update. The performance of the other three lenses in the camera module was inconsistent, so that is something to be noted before making the purchase. At a price of Rs 15,999, Samsung Galaxy M31 will not disappoint, provided the cons we mentioned are not deal-breakers for you.