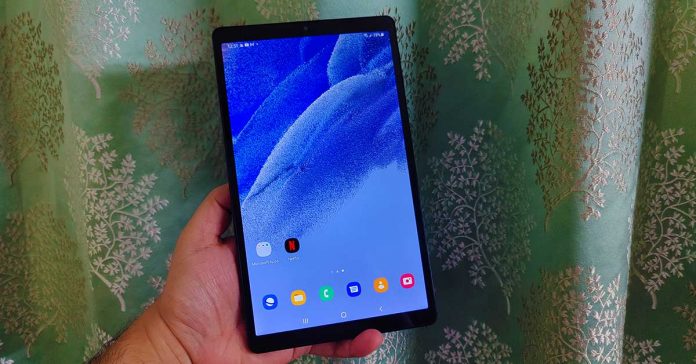 The demand for tablets has been on the rise ever since the pandemic hit. This is when work and study from home became a necessity. However, there were not many budget-friendly Tablets out there. If there were some, then those did not have good performance. As a solution, Samsung introduced Samsung Galaxy Tab A7 Lite, which drops in the budget segment. We spent some time with the neat tablet that is made for beginners, light travellers or people who want a large screen for their day to day Zoom calls. This is a Samsung Galaxy Tab A7 Lite review that could very well be the answer to your work meetings.

To begin with, Samsung Galaxy Tab A7 Lite is a very well-built machine. You get all the ingredients including a beautiful display and metal back for a premium feel. Yes, the head and chin area on the front could be smaller, but overall, it looks smashing. The front also has the video/selfie camera on top along with the earpiece speaker grille. The right side has the volume rocker and power buttons along with the secondary microphone.

The left side holds the 4G SIM tray, which can also accommodate a microSD card of up to 1 TB. So yes, users can make audio calls from this tablet too. At the bottom, the company has placed a loudspeaker grille, 3.5mm audio ports, USB Type-C charging port as well as the primary microphone on the Samsung Galaxy Tab A7 Lite. The top has a second speaker grille, which makes it a stereo speaker setup on this device. Coming to the back, the rear of the Samsung Galaxy Tab A7 Lite has a single camera and Samsung branding can be seen here. 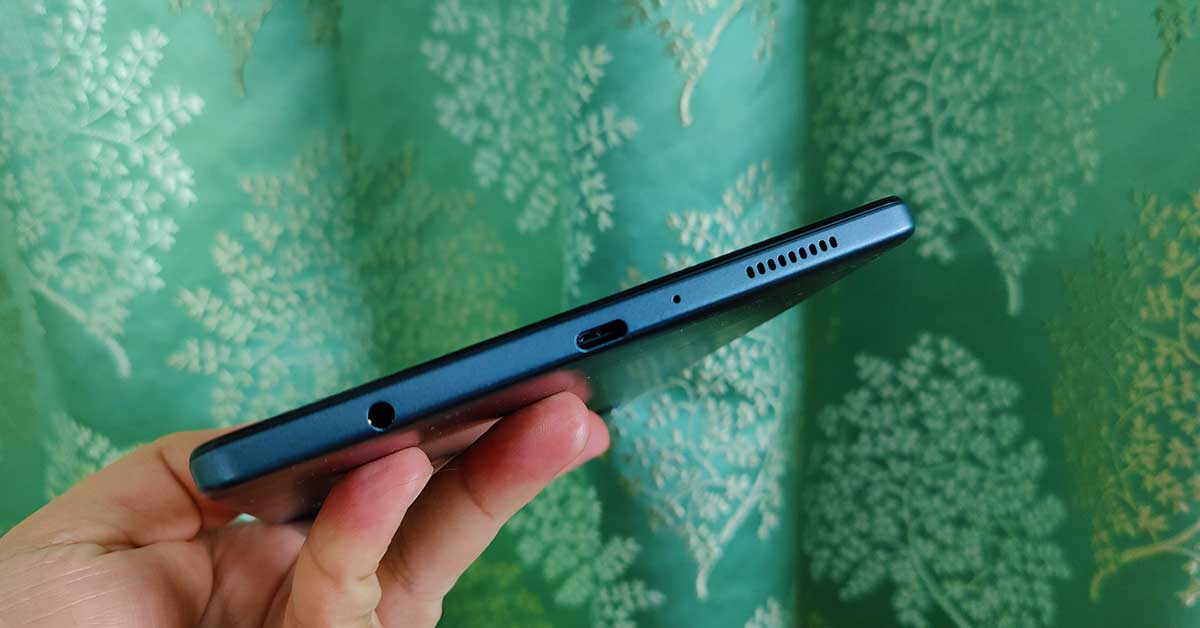 Moving on, the display is one of the best features the Samsung Galaxy Tab A7 Lite has. The 8.7-inch TFT display has HD+ resolution and 16M colour depth. We played a lot of YouTube videos on the device along with Netflix shows and the experience was far superior to any other tablet in the price segment. The sound was loud and great thanks to the dual speakers. Outside visibility is good too. The brightness is nice, and the display does not get washed out under direct sunlight. All in all, the screen does justice to its price point.

The company has tried to equip the Samsung Galaxy Tab A7 Lite with the best it can in the budget segment. Under the hood, users get a MediaTek octa-core CPU with a clock speed of up to 2.3Ghz. There is 3GB RAM and 32GB storage. Which by budget standards is just about okay, but we did feel it is 1 GB too less of a RAM if you ask us. This is why we faced jerks and lag in the system.

The apps open quickly, but you do find jitters when browsing the Android 11 OS with Samsung ONE UI 3.1 on top of it. For, the elder sibling S7, it is a stroll in the park. But for Samsung Galaxy Tab A7 Lite it is a bit of a workout. Games like Asphalt 9 legends or COD-Mobile run fine on the lowest settings, but as soon as you crank it up, you will find the frames dropping and lag in the games. So best to keep it on low settings if you want to enjoy these games. Nonetheless, these games run on the Samsung Galaxy Tab A7 Lite, which is a big plus.

The battery life of the Samsung Galaxy Tab A7 Lite is another good feature of this tablet. We got over 3 days of battery life out of it. We watched 2 Netflix movies, couple of hours of YouTube and even made few phone calls with it. Not bad for a 5,100 mAh battery inside. All this with Wi-Fi on. However, after prolonged use, the tablet does get a little warm. 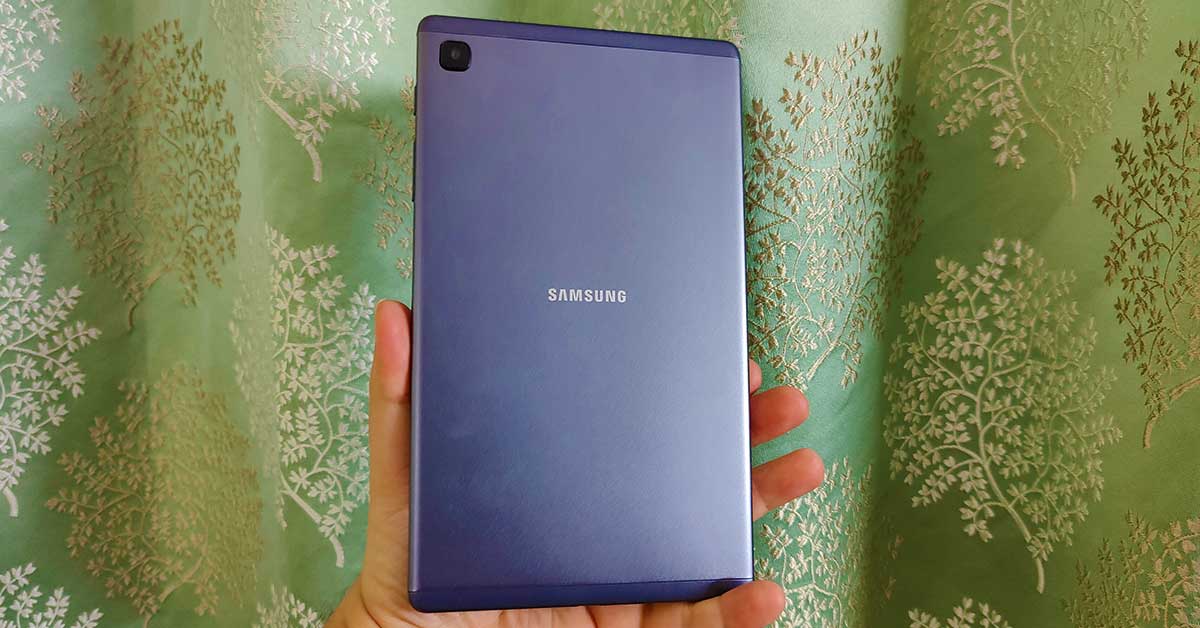 Coming to the cameras, they are just there for your simple work. The front 2MP camera is decent for video calls or if you are connecting with your study group. It will not give you the best selfies which your smartphone can provide. The rear 8MP camera is better. While the results outdoors were filled with vibrant colours and decent details, the images shot inside lacked the punch. Again, if you want to click good pictures, keep your smartphone handy.

Overall, the Samsung Galaxy Tab A7 Lite is a good buy for people who want to attend video classes or office video calls. At Rs 14,999 the tablet does make a lot of sense for anyone who does not want to spend a lot but wants portability, a good display, and a loud sound. Can go for it if you are a budget buyer, if not then look at the Tab S7 or the new Apple iPad.

- Advertisment -
The demand for tablets has been on the rise ever since the pandemic hit. This is when work and study from home became a necessity. However, there were not many budget-friendly Tablets out there. If there were some, then those did not have good...Samsung Galaxy Tab A7 Lite review: A decent tablet for beginners