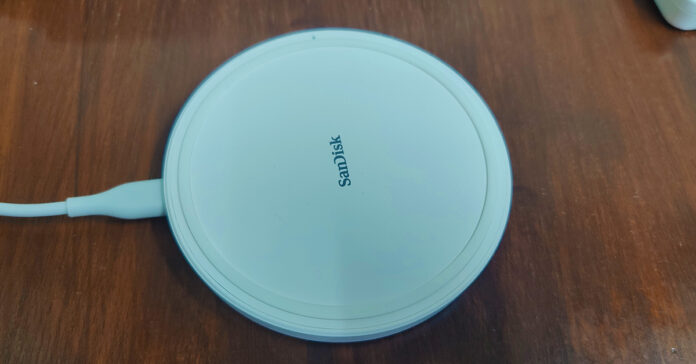 You usually relate or connect SanDisk to a seller who makes USB drives and memory cards for mobiles or cameras. But this time they have brought something new to the Indian market. The company recently launched SanDisk Ixpand wireless charger 15W here and we spent some time with it to understand the product better. This is SanDisk Ixpand wireless charger review and our take of the product.

So what is this device all about?

The device comes neatly tucked in a foam shell and the box includes the circular wireless charging plate, a long USB Type-C charging cable and a charging adaptor. All of which looks very well built and sturdy. The charging plate has a USB Type-C charging port as well as a LED light. This glows when you place a device on it. The face of the SanDisk Ixpand wireless charger plate also has a circular rubber pad on it, around the edges, so that your smartphone does not get any scratches. 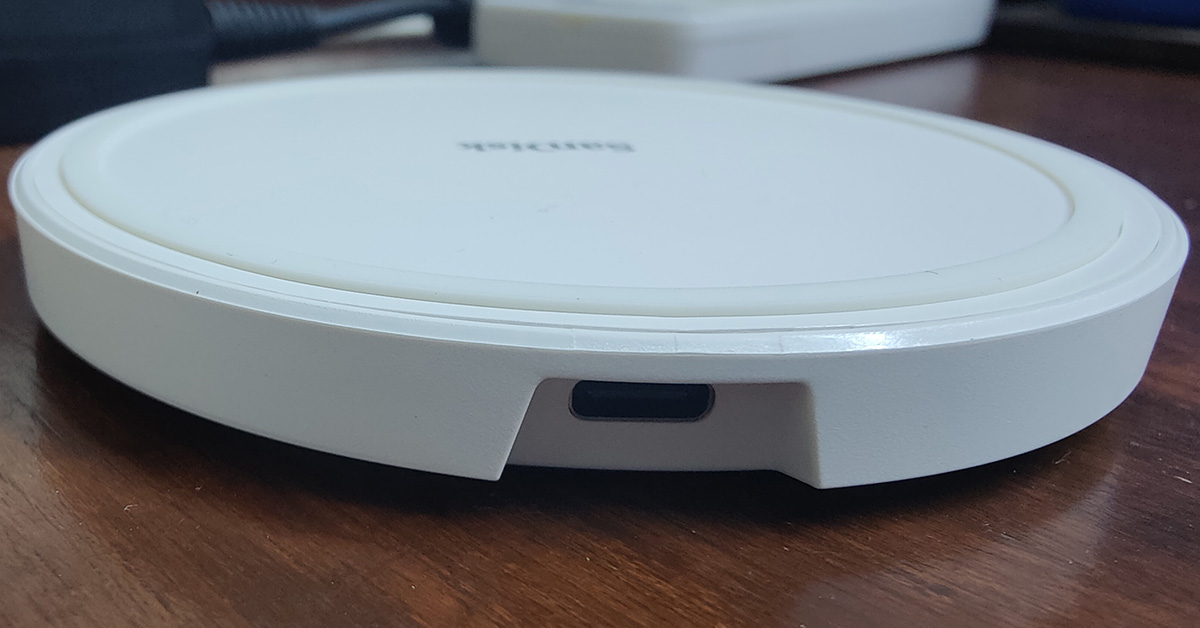 The wireless charger can charge any device, be it a smartphone or a tablet with wireless Qi-charging capability. So before buying you will also need to check if your smartphone can charge wirelessly.

We tested the SanDisk Ixpand wireless charger with various devices including OnePlus 9, Apple iPhone 11 and Samsung Galaxy S series smartphones. The charging was seamless with all the devices. 15W charge supply is what the wireless charging plate provides, which is one of the fastest in current wireless charging standards. We were able to charge the iPhone 11 from 0-100% in under 3 hours. The OnePlus 9 took additional 30 minutes since the battery size is much larger.

Over that, the SanDisk Ixpand wireless charger can charge smartphones with their cover or bumper case on as well (up to 5mm thick). We tested it out with a 4mm rubber case and 3mm plastic case on two phones and it worked just fine. The charge times with the case on was also similar to the above. The company says you can charge Apple Air Pods, iPhone 8 and upwards, Samsung Galaxy S7 and upwards and Samsung Note devices with this Qi-enabled 15W charger. 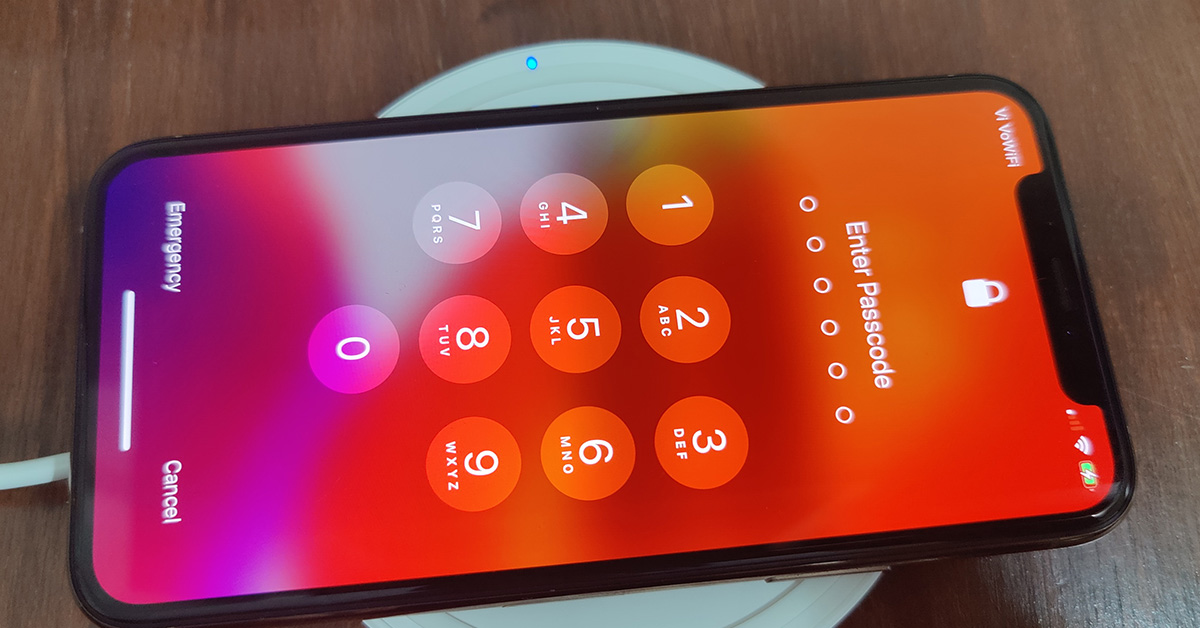 So, is it worth buying? We would say yes. At Rs 2,999 this wireless charger gives you a host of conveniences. You do not have to plug in the cable to your smartphone to charge it. Just place it on the pad and it starts charging. Also, a smartphone is something you keep using every now and then, so the hassle of plugging and unplugging a device during work hours is also gone.

Over that, if you use more than one device, it helps you get rid of multiple chargers and cables. Just placed your Qi-enables device on it and you are good to go. The only downside is that you will not get super-fast charging as you get from a 35W+ wire charger. If convenience matters to you, go for it!

Not as fast as wired chargers

Price could have been lower